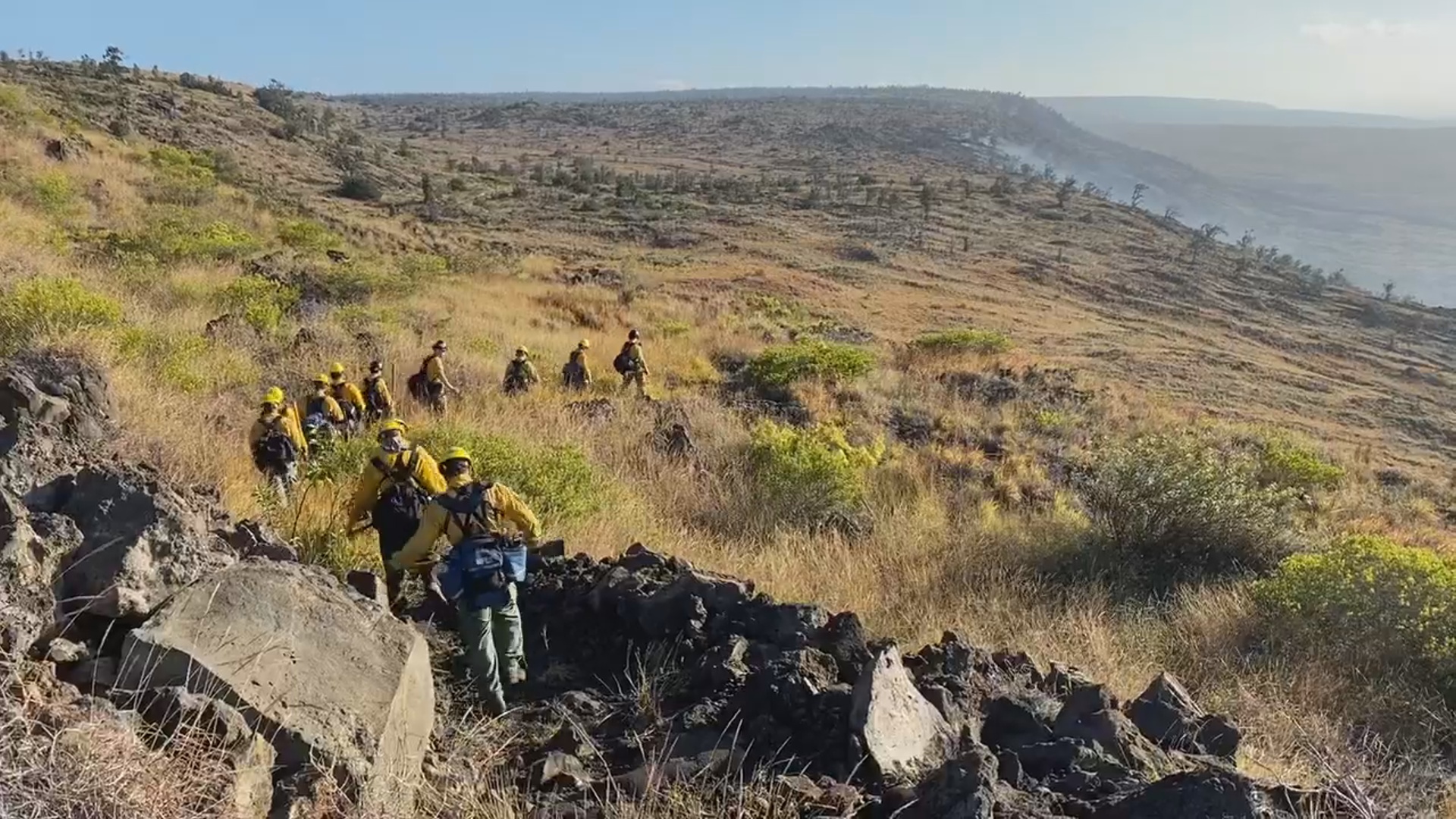 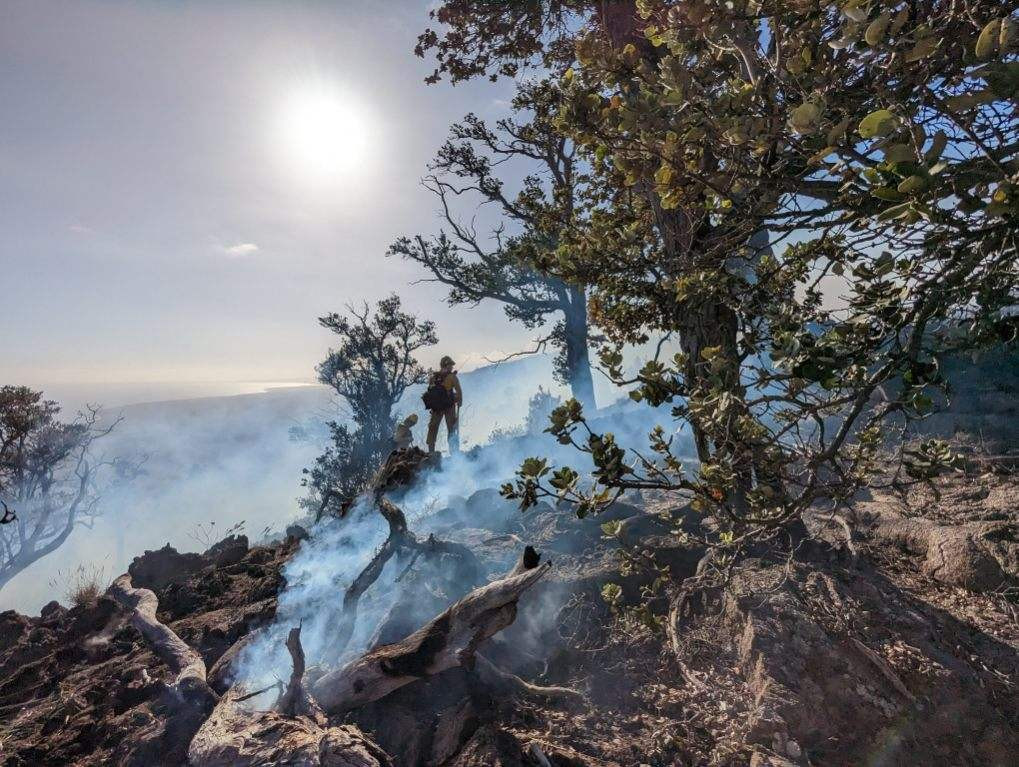 (BIVN) – Firefighters on Wednesday were working to extinguish a five-acre wildfire in Hawaiʻi Volanoes National Park.

The National Park Service said Hilina Pali Road is closed from the gate past Kulanaokuaiki Campground to the Hilina Pali Lookout due to fire suppression effort. Kaʻaha Trail is also closed. Only authorized vehicles are permitted until further notice.

Park staff spotted a plume of smoke at 9:50 a.m. Tuesday below Hilina Pali Lookout at the 2,000-foot elevation. A National Park Service crew of 15 firefighters responded and helicopter pilot David Okita dropped buckets of water on the fire. Efforts to put out the fire continued Wednesday morning, and the fire is reported at 30% contained.

Kulanaokuaiki Campground and Hilina Pali Road to the campground remain open, and drivers are reminded to observe the speed limit and watch for fire crews and vehicles on the road. 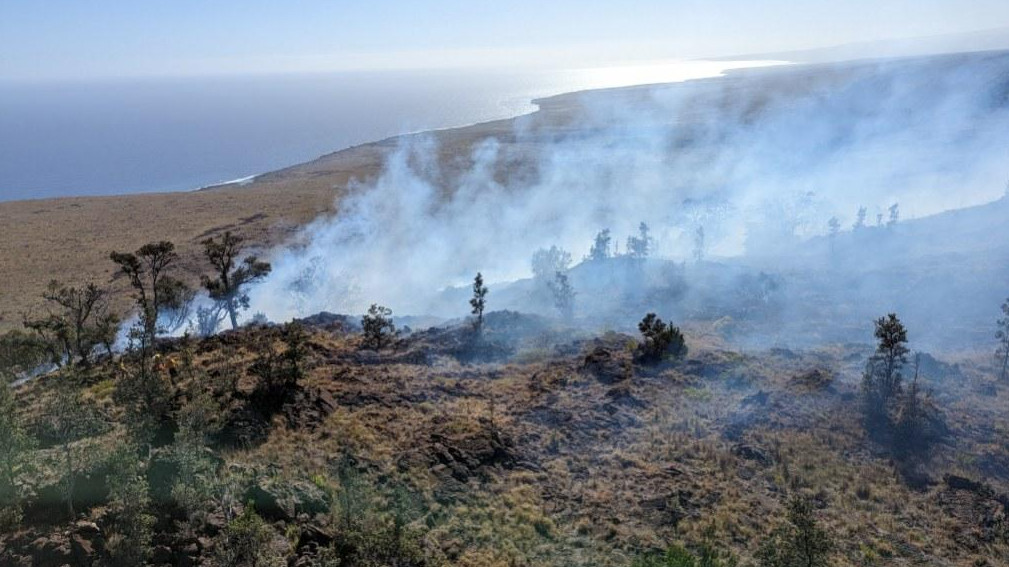 A Kona low brought fierce winds, widespread lightning and thunderstorms to Hawaiʻi Island earlier this week, and lightning from the storm was determined to be the cause. The fire is burning through a steep remote wilderness area dominated by nonnative grasses that contribute to the spread of fire, in addition to native dryland vegetation including ‘aʻaliʻi, pūkiawe, and small ʻōhiʻa.

Light winds and limited showers are forecast into the weekend.