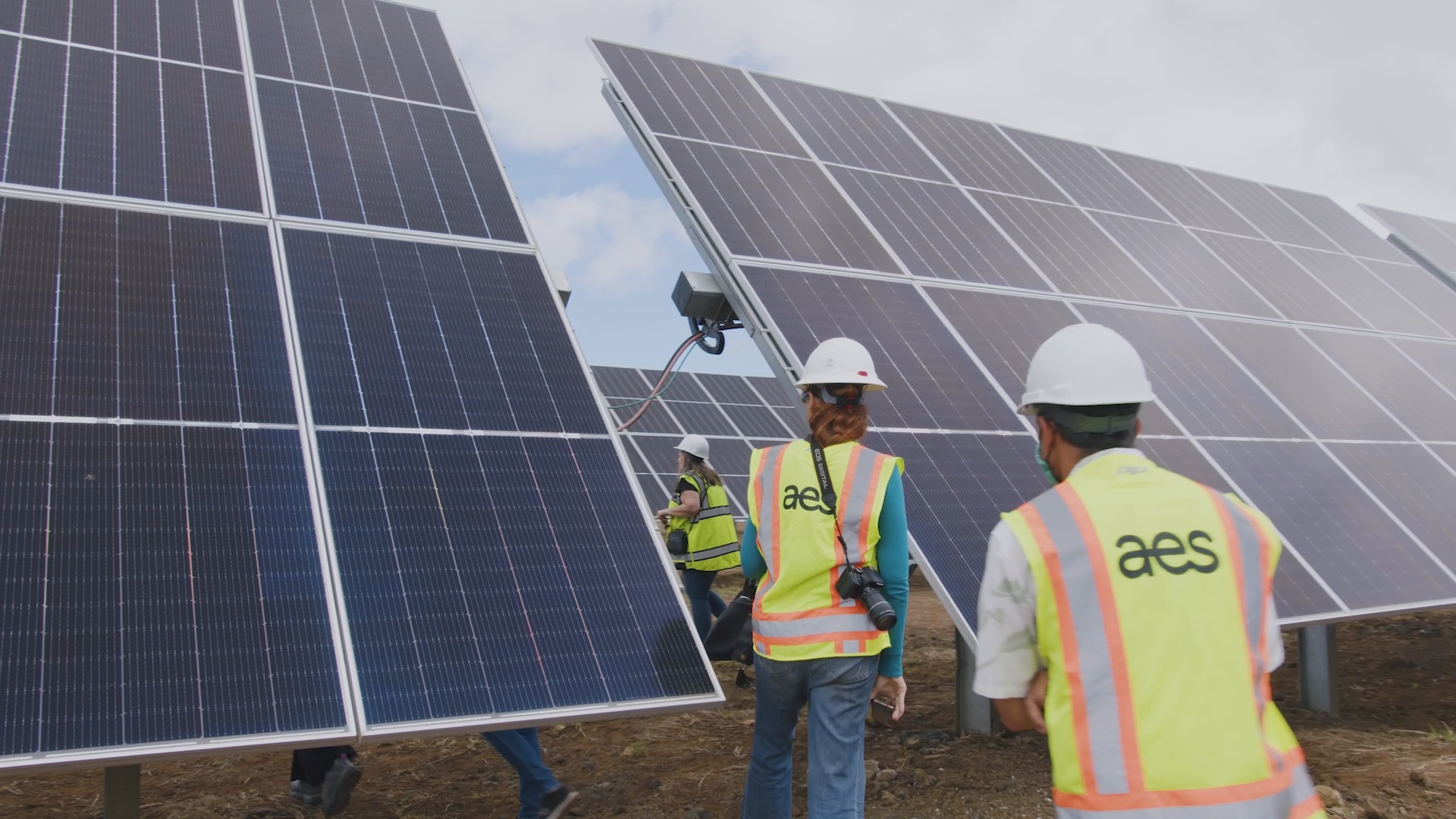 WAIKOLOA, Hawaiʻi - The solar and battery storage project is now being tested up to 85% of its capacity, and will generate 42.2 megawatts when fully operational. 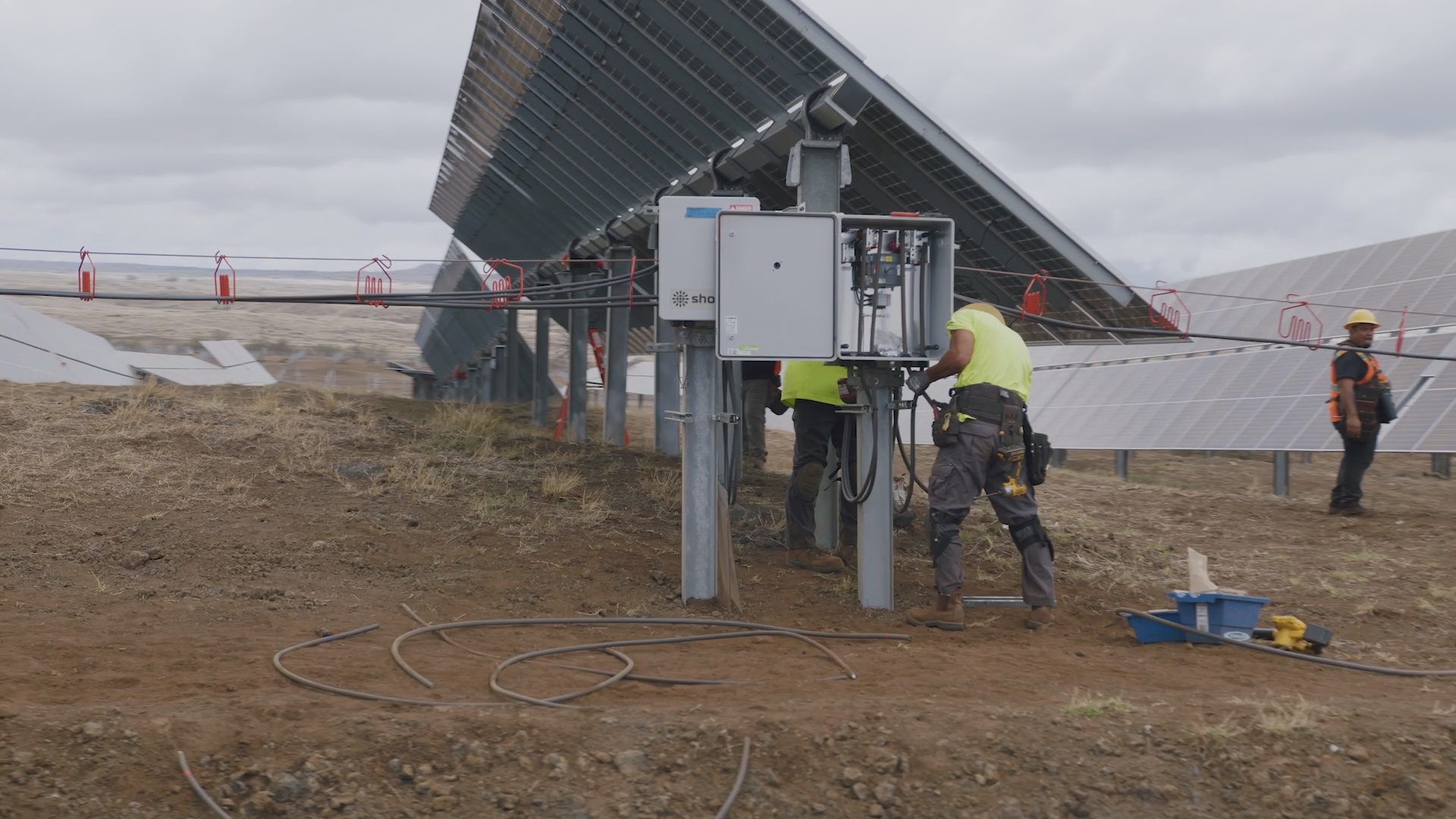 (BIVN) – The largest solar and battery storage project on Hawaiʻi island is on schedule to begin full operations by April 2023, or earlier.

The AES Corporation, the company behind the Waikoloa Solar + Storage project, and the Hawaiian Electric utility issued a joint news release on Thursday, providing an update.

From the news release:

The AES Waikoloa Solar + Storage project is being tested up to 85% of its capacity, producing clean energy for Hawaiian Electric to provide the Hawai‘i Island grid with electricity at 9 cents per kilowatt-hour, one of the lowest rates for energy in the state.

The AES Waikoloa project is Hawai‘i Island’s largest solar and battery storage project and on schedule to begin full operations by April 2023, or earlier, when a 25-year power purchase agreement with Hawaiian Electric takes effect. When fully operational, the project is expected to reduce typical residential bills on Hawai‘i Island about $2 a month.

Sandra Larsen, AES Market Business Leader for Hawai‘i, said this collaboration with Hawaiian Electric, as final construction and testing of the Waikoloa project is completed, will benefit Hawai‘i Island’s residents, businesses and the environment. Testing of the project has begun and will continue in January.

“We are in the final stage of having this large-scale clean energy project come fully online that will make a significant impact on the Big Island’s transition to a cleaner, greener way of producing electricity to improve the quality of life, both for today and for generations to come,” Larsen said. “We are proud to be partnering with Hawaiian Electric on this initiative and support their direction to produce clean energy for the good of Hawai‘i’s future.”

When the Waikoloa project completes testing, it will provide an additional generation resource to help meet demand when other resources are unavailable. 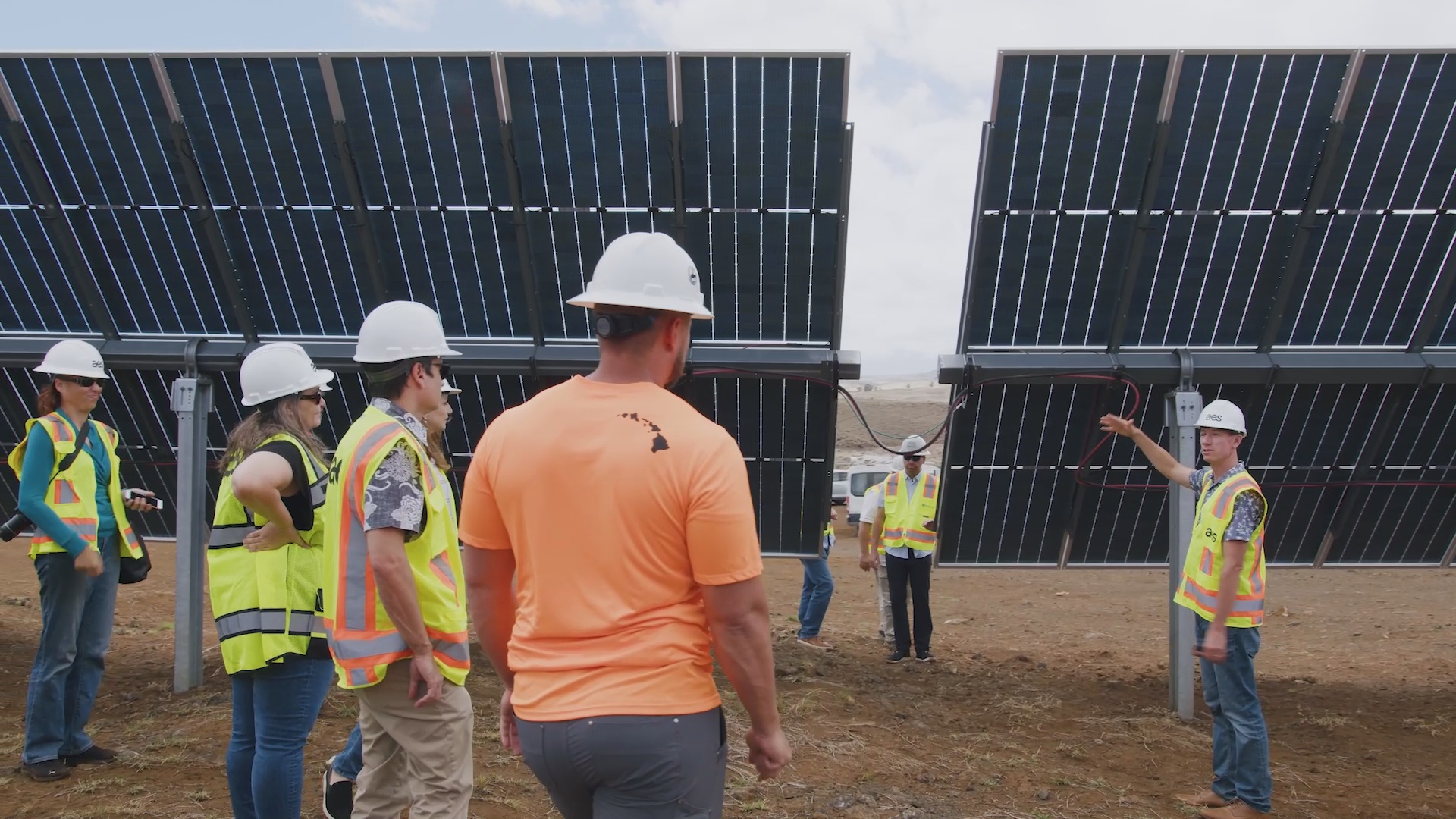 “This important project provides multiple benefits to customers on Hawai‘i Island, strengthening reliability and providing clean energy to the grid at about one-third the cost of oil,” said Shelee Kimura, president and CEO of Hawaiian Electric. “For more than 30 years, Hawai‘i Island has been a national leader in the transition to renewable energy and we’re proud to add AES Waikoloa Solar to the island’s diverse portfolio of resources.”

Located along Waikoloa Road on a 300-acre parcel about 7.5 miles from the Queen Ka‘ahumanu Highway, the Waikoloa project broke ground in April 2021. Construction to install the photovoltaic solar panels and battery storage system began in November 2021. The solar panels and batteries are now fully installed, with testing of the facility ongoing until the project is 100% powered and approved to begin full operations.