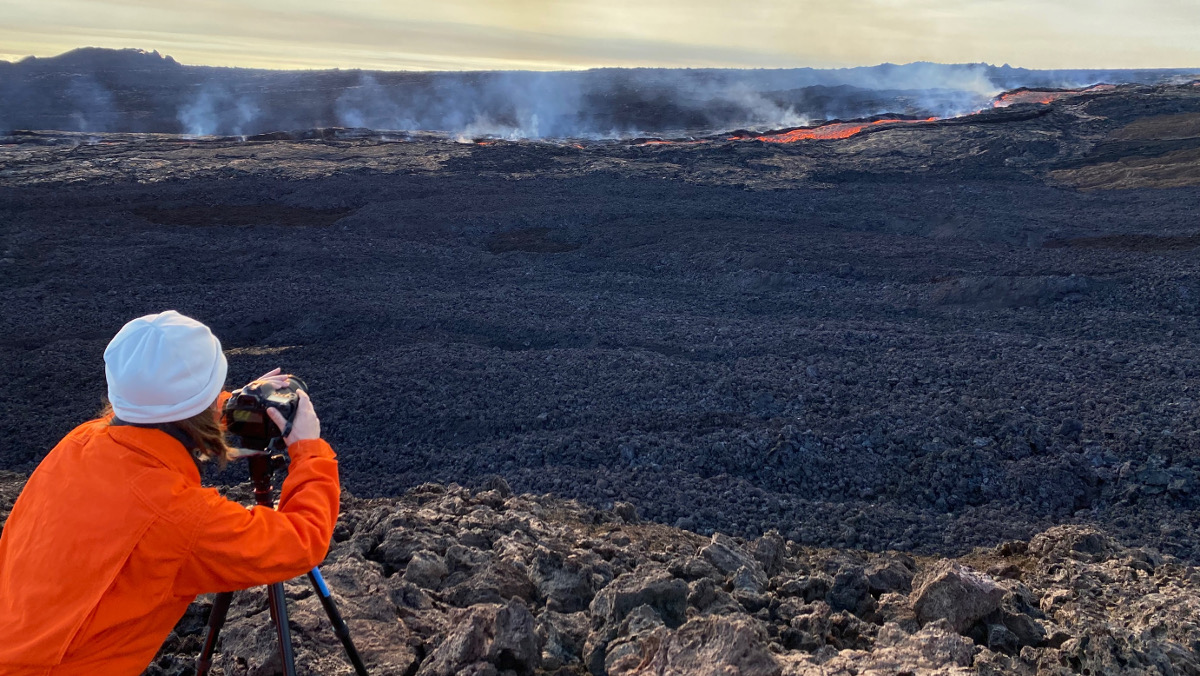 A Hawaiian Volcano Observatory scientists seen monitoring the eruption of fissure 3 on the Northeast Rift Zone of Mauna Loa in December 2022. (USGS image by L. Desmither)

HAWAIʻI ISLAND - This week, the USGS Hawaiian Volcano Observatory writes about the job of a volcanologist, and the paths one can take to learn the trade. 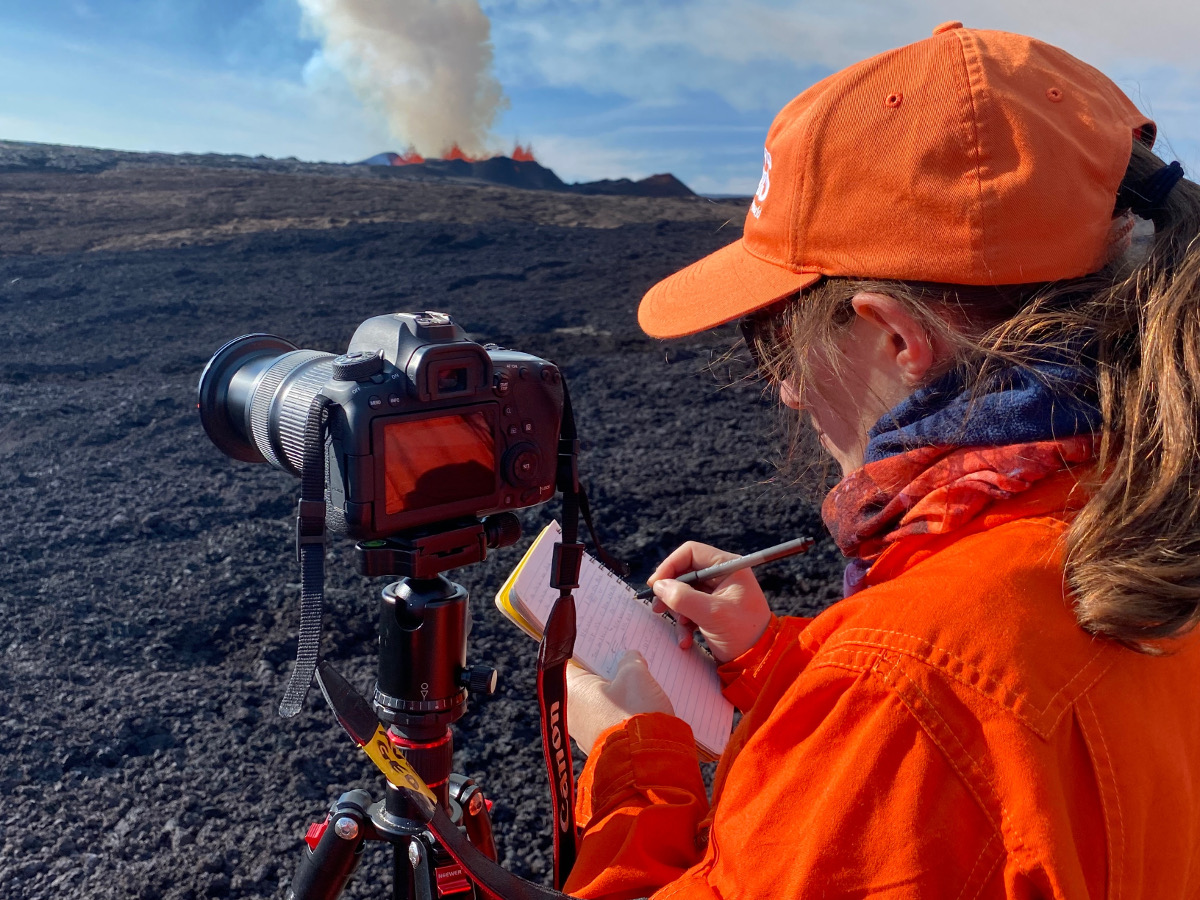 A geologist documents fissure 3 erupting on the Northeast Rift Zone of Mauna Loa in December 2022. (USGS image by J. Schmith)

What is a volcanologist, exactly? The short answer is a volcanologist is a person who studies volcanoes, but that’s not the whole story. There are as many different specialties within volcanology and as many paths you can take to get there as there are tools of the trade. What are these tools, you ask? Let’s have a look.

Earthquakes are one primary tool used to study volcanoes. A volcano seismologist studies the earthquakes that are generated as magma moves through the Earth’s crust. Another technique in the tool kit is measuring the change in a volcano’s shape. A volcano geodesist studies the deformation, or change in shape, of a volcano caused by the movement of magma and gases beneath the surface. Tools like these provide clues about the state of the volcano.

During an eruption, geologists and geochemists study the composition of lavas and gases to understand the source and style of the eruption. Measuring gas emissions is especially important, as the vog (volcanic air pollution) caused by toxic volcanic gases can contribute to breathing problems, acid rain, and agricultural problems downwind, especially during long-lived eruptions. Many features of volcanoes can be studied from space, as well, using satellite sensors.

The first thing to do is work toward a bachelor’s degree, preferably in a STEM field (Science, Technology, Engineering, and Math). Traditionally, volcanologists start out with degrees in geology, chemistry, physics, or mathematics, but that is not always the case. Oceanography, computer science, engineering, environmental science are all potential pathways, and the list goes on. Explore different fields to your heart’s desire. There’s no one way to get to volcanology.

Sadly, gone are the days when one could apply to a volcano observatory right after undergraduate studies and hope to learn on the job. To study volcanoes, it is typically necessary to get a Masters (MS) or Doctorate (PhD) degree. The good news is many advanced degree programs in the sciences are fully funded, meaning tuition is waived, and they typically provide a stipend. Basically, you get paid instead of having to pay the school. This is where a budding volcanologist starts to choose their specialty. Of course, working through 4–8 years of a PhD after already spending 4 or more years getting a bachelor’s degree isn’t for everyone. While research institutes such as universities and volcano observatories require advanced degrees, there are other pathways available for those who love volcanoes and Earth science but do not have a higher degree.

The National Park Service offers a variety of positions for people with either bachelor’s or advanced degrees, such as park geologists, archaeologists, botanists, guides, interpretive rangers, and law enforcement rangers. Science writing and journalism are also excellent ways to explore the excitement of volcanology, natural disasters, and cutting-edge science, while encouraging those passions in others. Similarly, eco- and geo-tourism are great ways to get close to the action and work outdoors, while also meeting, educating, and inspiring people from all over the world.

The candid truth about careers in volcanology and Earth Science is that they are a labor of love. Volcanology is not the career for those whose priorities are a six-figure salary, a healthy work-life balance, and early retirement. What it lacks in pay, however, is made up in adventure and a deep sense of purpose.

International travel and collaboration, creative scientific research, and the knowledge that this work may save lives are the raisons d’être for volcanologists. Collecting unbelievable stories to tell the grandkids is, of course, a bonus. Once a person bears witness to the raw power and beauty of our planet—watching volcanoes erupt first-hand and the new growth that follows—it sticks with them for life. For many volcanologists, it is difficult to imagine doing anything else.