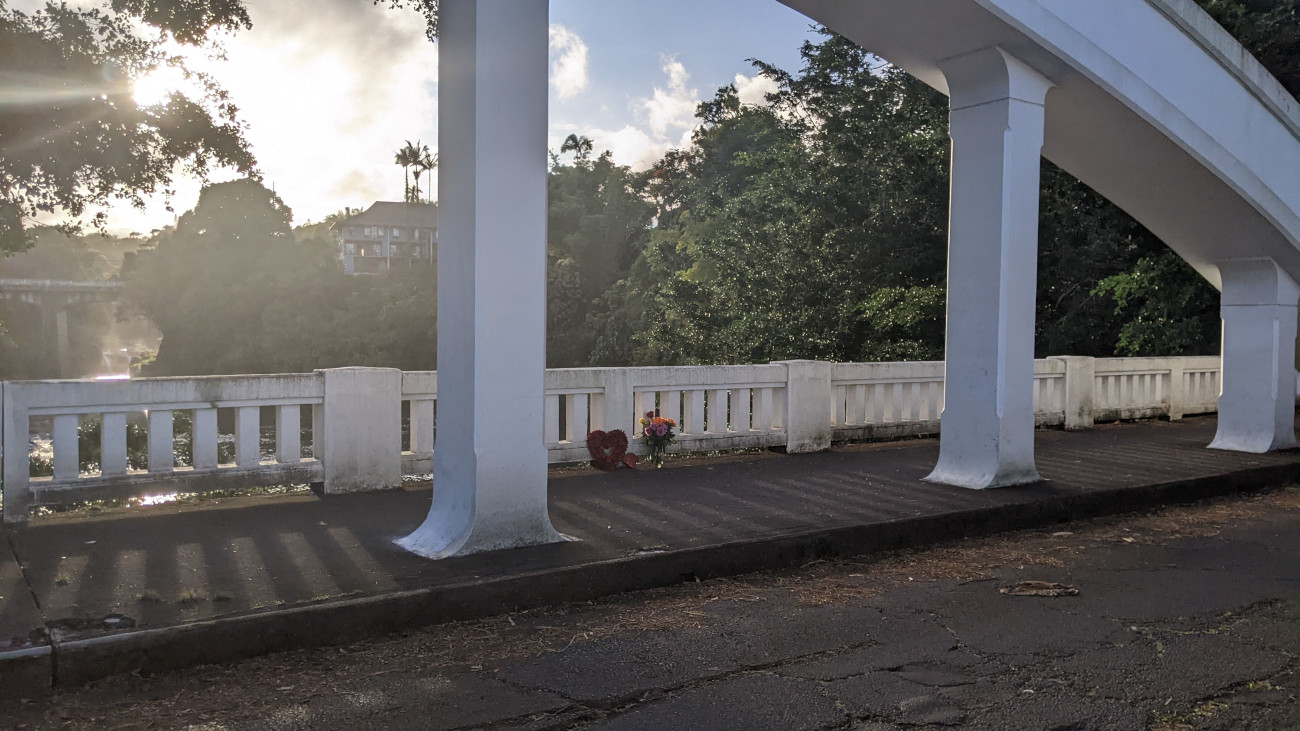 HILO, Hawaiʻi - The 71-year-old Hilo man died from blunt force injures to the neck, and police determined the incident to be suicide.

(BIVN) – The man involved in a fatal jump off a Hilo bridge has been identified by police.

Detectives say 71-year-old David P. Crowley of Hilo is the identity of the man who died after jumping off Puʻueo Bridge on Wednesday, January 4th.

“An autopsy was performed Thursday afternoon, January 5, 2023, and the forensic pathologist ruled the cause of death blunt force injures to the neck,” a police news release stated. “The manner was determined to be suicide.”

On Friday, a small memorial was present on the bridge that spans the Wailuku River in Downtown Hilo.

Police ask anyone who may have information relative to this case to call the police department’s non-emergency number at (808) 935-3311, or Detective Kimo Keliipaakaua of the Area I Criminal Investigation Section at (808) 961-2375 or email Kimo.Keliipaakaua@hawaiicounty.gov.