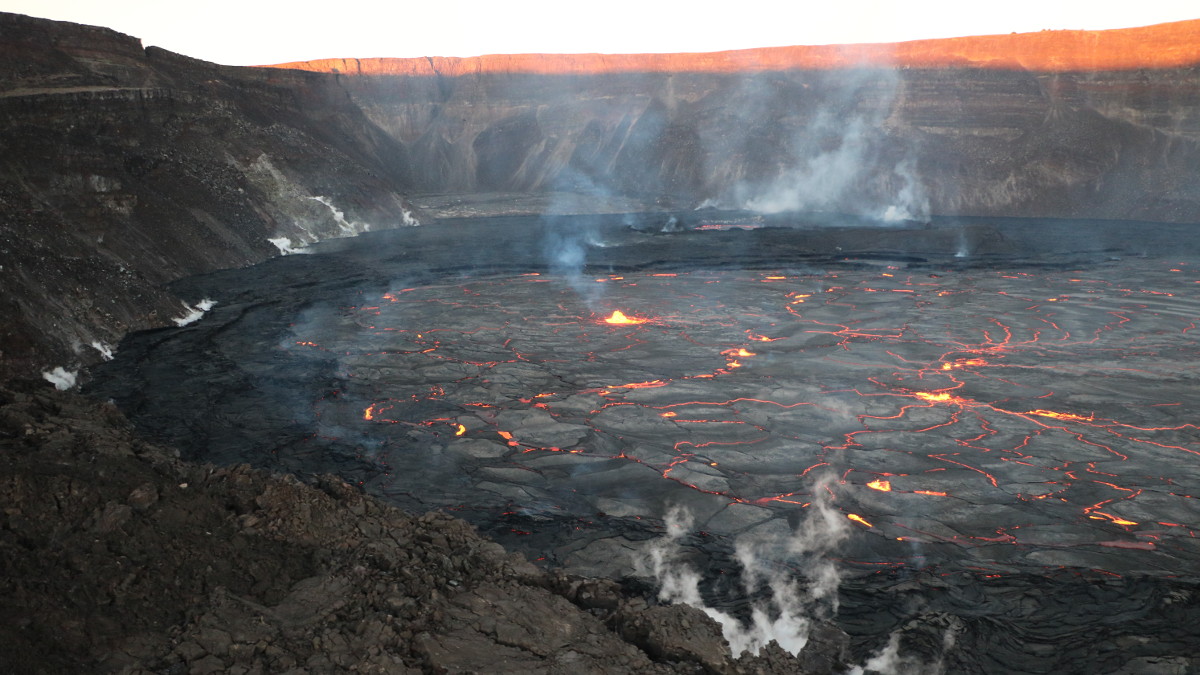 USGS: "Photo of Halema‘uma‘u crater, at the summit of Kīlauea, taken from the southeast corner of the crater during an early morning helicopter overflight on Sunday, January 8, 2023. The eruption within Halema‘uma‘u that began on January 5, 2023, continues, with activity concentrated primarily in the eastern part of the crater. Here, an active fountain can be seen in the middle of the photo. USGS photo by J.M. Chang."

HAWAIʻI VOLCANOES NATIONAL PARK - All recent eruptive activity has been confined to the summit crater, with no significant changes observed on the volcano. 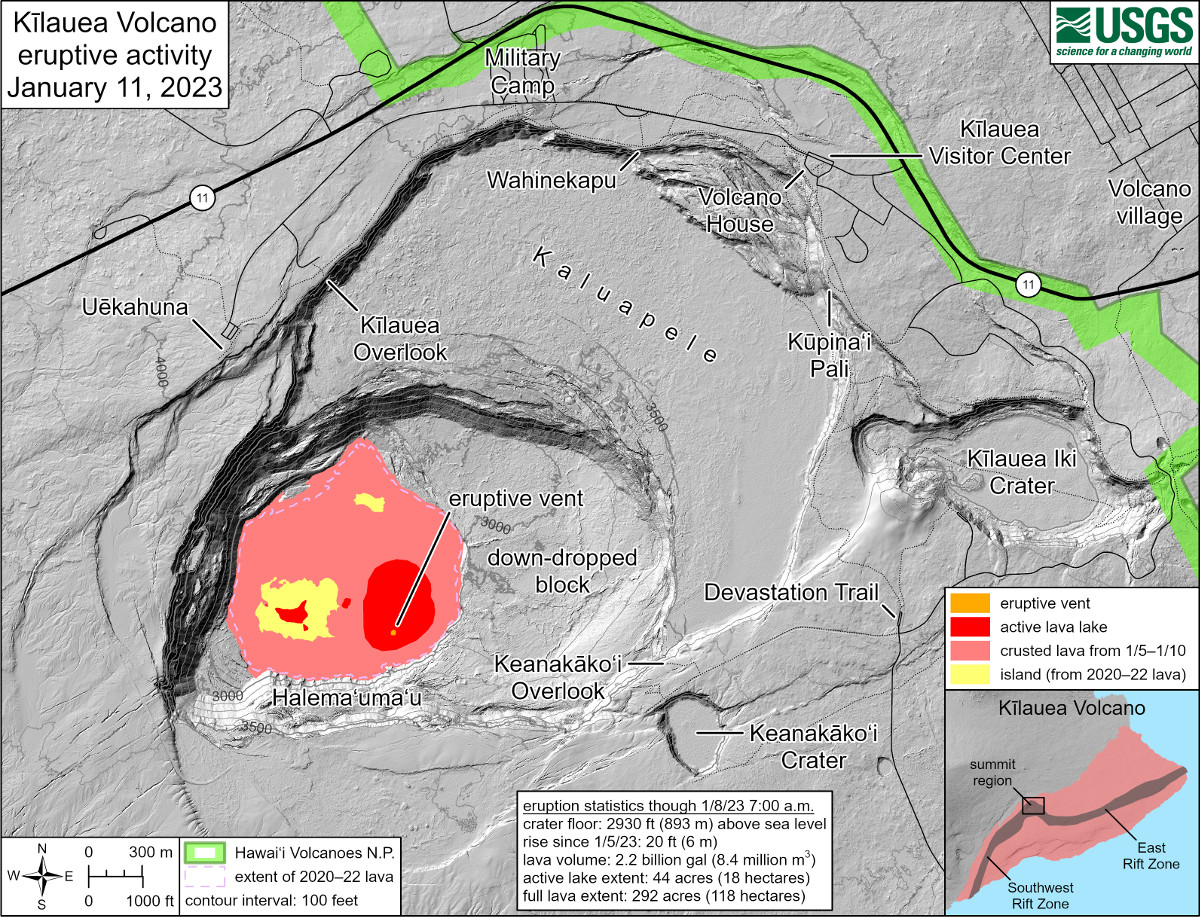 USGS: “This reference map depicts the Kīlauea summit eruption on January 11, 2023. The provided eruption statistics are derived from helicopter overflight data collected on January 8, 2023, but map features have been updated based on January 11 webcam views. One eruptive vent is active inside Halema‘uma‘u crater, within the actively circulating lava lake (red) on the eastern side of the crater floor. The extent of the active lava lake—the area in red—is 44 acres (18 hectares); part of this area is comprised of the active lava lake footprint from the end of the 2021–22 eruption, which has filled with new lava that upwelled from below. The full extent of new lava from this eruption, totaling both the active lava lake (red) and flows that have crusted over (pink) is 292 acres (118 hectares).”

(BIVN) – The eruption of Kīlauea volcano, which resumed at the summit one week ago following a three-week pause, continues.

All recent eruptive activity has been confined to Halemaʻumaʻu crater within Hawaiʻi Volcanoes National Park. The USGS Hawaiian Volcano Observatory says no significant changes have been observed at the summit or in either rift zone. The current volcano alert level is at WATCH.

From the USGS daily update issued on Friday:

Scientists say volcanic tremor recorded at the summit remains above background levels. A sulfur dioxide (SO2) emission rate of approximately 3,500 tonnes per day (t/d) was measured on January 9, 2023. The SO2 that is being released from the eruption is contributing to vog (volcanic smog) that has been observed downwind of Kīlauea.