HAWAII ISLAND: The number of confirmed cases of dengue fever on Hawaii Island jumped to 27 over the weekend. The prior number, released by the Hawaii Department of Health at noon on Friday, was 23. Of the confirmed case, 19 are Hawaii residents and 8 are visitors. 25 cases have been in adults; two have […] 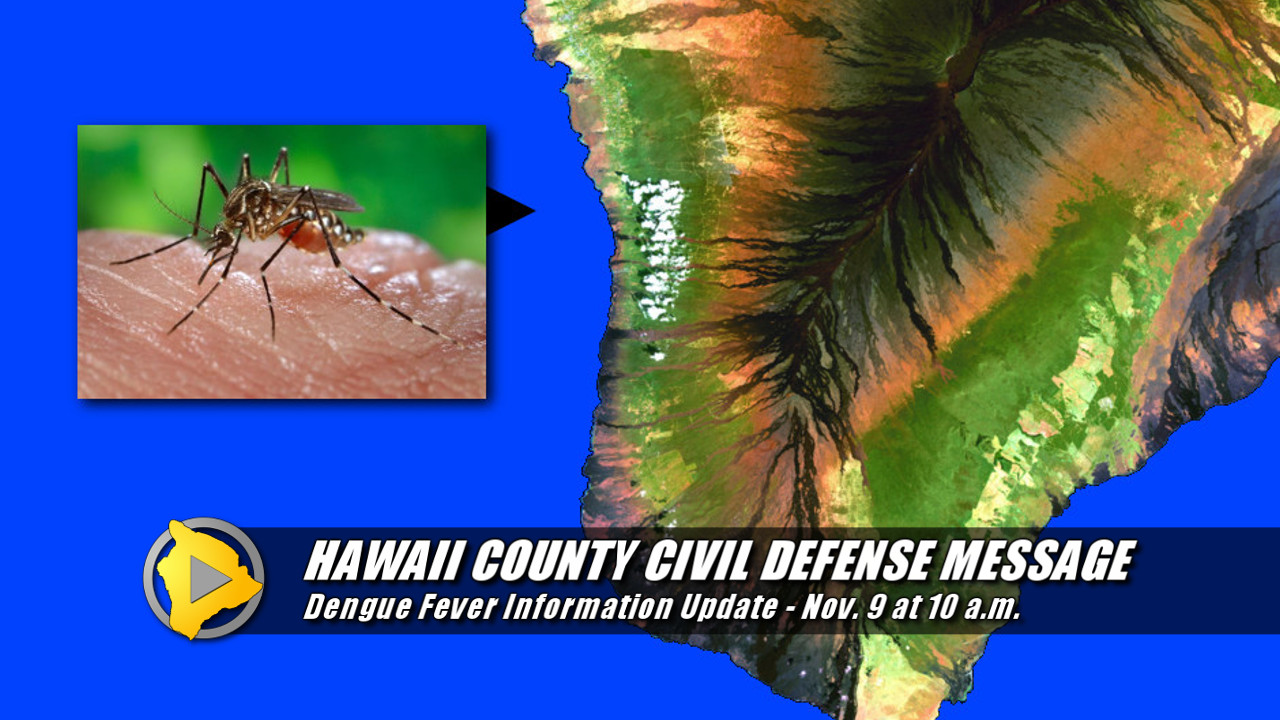 HAWAII ISLAND: The number of confirmed cases of dengue fever on Hawaii Island jumped to 27 over the weekend. The prior number, released by the Hawaii Department of Health at noon on Friday, was 23.

Of the confirmed case, 19 are Hawaii residents and 8 are visitors. 25 cases have been in adults; two have been pediatric. All are recovering. The state says the onset of illness has ranged between September 15 to November 2.

HDOH continues to routinely monitor for cases of imported dengue infection on ALL islands and will continue to have Vector Control perform mosquito site assessments and abatement as needed. Since the beginning of our current investigation on Hawaii island, one imported dengue fever case has been confirmed (on Oahu). This case is not associated with the Hawaii island investigation.

This afternoon, government officials will be holding a press conference in Captain Cook in South Kona, close to the first identified hotspot of “locallu aquired” dengue in Honaunau / Ho’okena. Dengue fever is caused by a virus that is transmitted by mosquitoes which bite during the daytime. Symptoms of dengue typically appear 5-7 days after being bitten by an infected mosquito and often include high fever, rash on the arms and legs, body aches, and headache. Dengue is not transmitted person to person.

The first of several community meetings is set for 6 p.m. tonight at Yano Hall in Captain Cook.

This is a Dengue Fever information update for Monday November 9th at 10:30AM.

The State Department of Health continues to work with other state and county agencies on the issue of the Dengue Fever outbreak. As of 12:00 noon Friday the Department of Health has reported 23 confirmed cases originating on Hawai’i Island. These cases include 15 residents and 8 visitors and across multiple areas of the island. An update of the number of cases will be made later today.

Dengue fever is a virus that is transmitted or spread by infected mosquitoes and is not transmitted directly from person to person. Dengue Fever is not endemic or common to Hawaii and the source or origin of this outbreak is likely due to an introduction of the virus by a person who may have contracted the virus while in another area of the world and who became infectious while in Hawai’i.

Because the only mode or method of transmission is through mosquito bites there are actions being taken to reduce the risks and include the spraying or treating of areas of high mosquito presence that are also areas of possible contact with infected people. This includes areas around residents of confirmed cases. The Department of Health will be conducting spraying at various locations in the Kona area today. 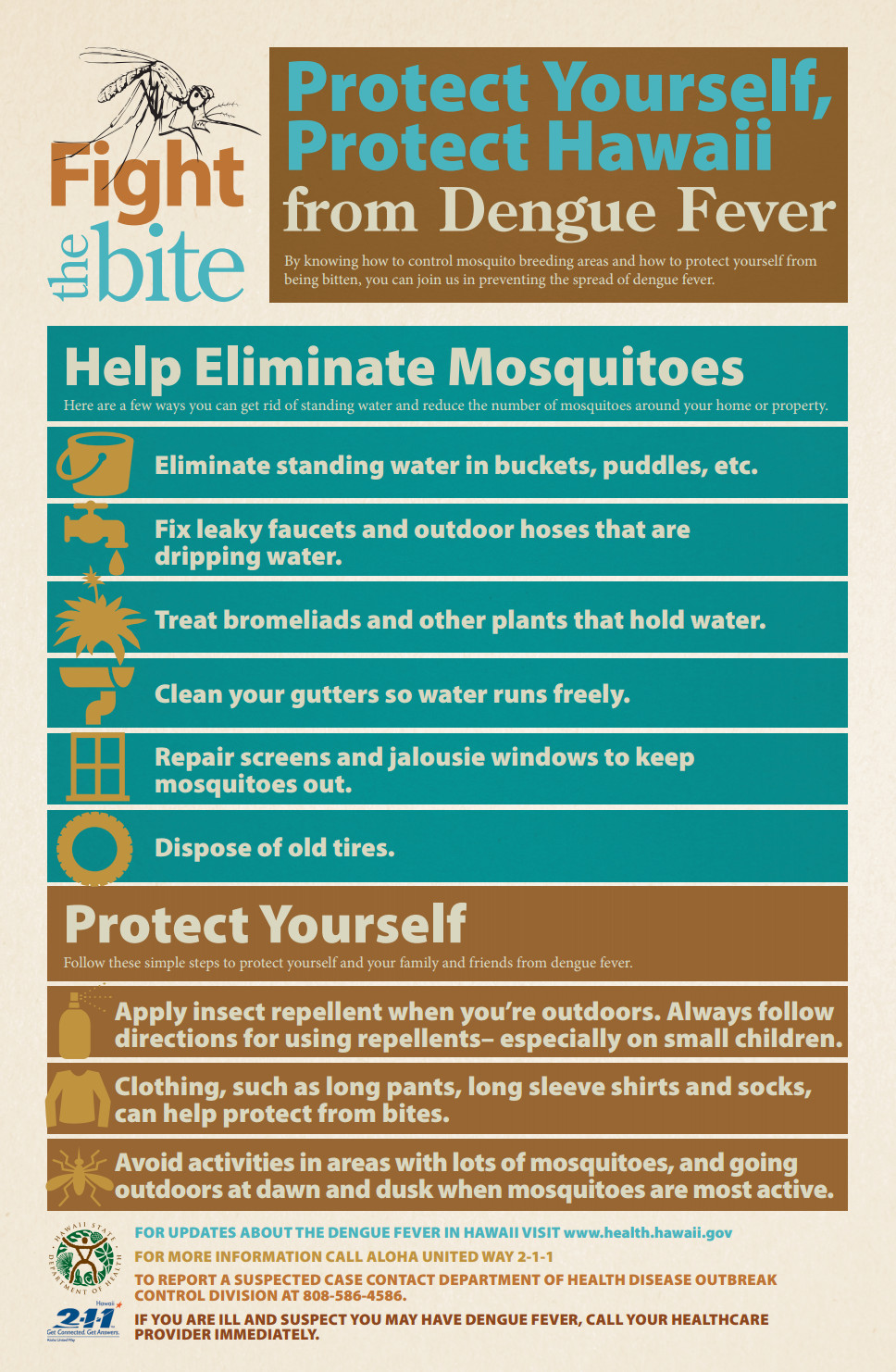