HILO (BIVN) - The land board is waiting on the Banyan Drive Hawaii Redevelopment Agency before it decides what to do with the Pagoda property. Here is what new mayor Harry Kim says about the agency and the Banyan Drive situation.

HILO, Hawaii – The Banyan Drive Hawaii Redevelopment Agency has been busy putting together conceptual maps and creating a vision for the future of Hilo’s downtrodden resort area.

The agency was put together by the previous mayor, Billy Kenoi, in close collaboration with the state, which manages the lands and oversees the hotel leases. But now there is new mayor in office.

“We’re going around in circles,” Mayor Harry Kim said in a recent interview with Sherry Bracken.

Kim said he has looked at the visions put to paper by the Banyan Drive agency, but not in detail. He said he knows most of the agency members who worked on the plans. He said he will take a closer look at what the agency is recommending.

“This is a volunteer group,” Kim said. “They had no authorities, as you know.”

Kim said he knows there are some who disagree with the vision. Instituting the agency’s vision is not possible without the cooperation of the state, Kim added.

Meanwhile, the state is waiting on the county before making a decision on at least one property in limbo. 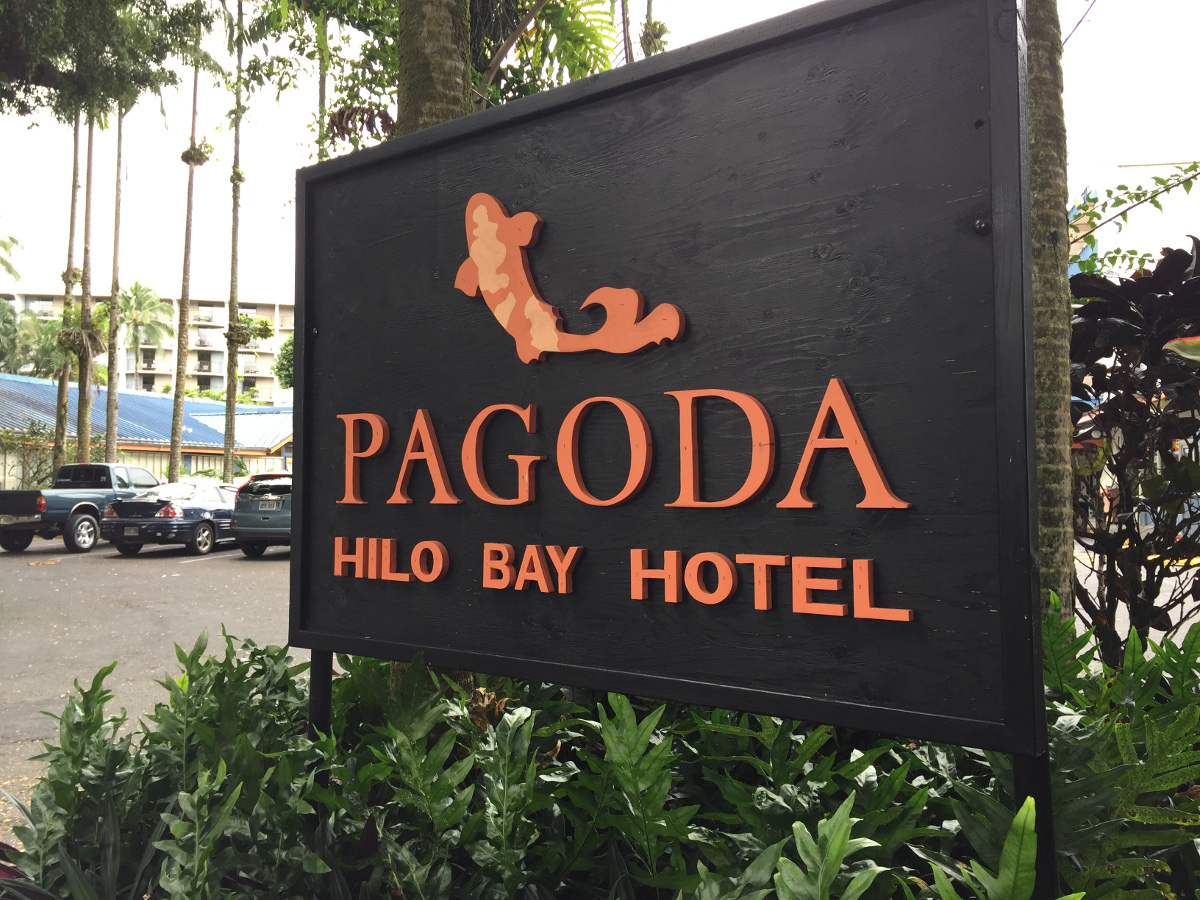 On Friday, land board members were given a report on the Pagoda Hilo Bay Hotel, owned by Savio HBH Development Company, LLC, which took over from Uncle Billy’s on a month-to-month basis in February 2016.

“The revocable permit was intended as an interim measure to keep the hotel in operation until such time that the recently commissioned Banyan Drive Hawaii Redevelopment Agency, organized under the supervision of the County of Hawaii, Planning Department, develops a longterm conceptual plan for the future of the Banyan Drive resort area,” the Department of Land and Natural Resources wrote in a submittal.

Documents say the neighboring Lessee of the Grand Naniloa Hotel, WHR LLC, has expressed interest in bidding on the Pagoda properties. The company – which recently completed a $30 million renovation of the Naniloa – has also complained to the land board about the Pagoda operation, documents show.

“On August 30 2016, WHR, through its counsel, wrote to the department alleging that the operation of the Pagoda Hilo Bay Hotel by Savio as a budget hotel was unfairly impacting WHR’s room revenues,” the DLNR submittal states. “On October 26, 2016, WHR, again through counsel, wrote to the department alleging that Savio was renting rooms to University of Hawaii at Hilo students in violation of its revocable permit.”

Based on the findings of a March 2014 evaluation performed by consultants, SSFM International, the Remaining Useful Life of the Pagoda property is believed to be 5 to 10 years.

A comprehensive analysis of the property by Erskine Architects, Inc. has “identified several areas of concern including unsafe stairwells, fire safety issues and advanced termite damage throughout the common areas and much of the lodging areas,” the DLNR document says.

A staff inspection on November 3, 2016 revealed that several rooms on the top floors of the hotel are closed due roof leaks.

“Based on the Erskine Report, the hotel improvements cannot be refurbished and should eventually be torn down,” DLNR says.

The state appears to be waiting on the county before it decides what to do next.

“Until the Banyan Drive Hawaii Redevelopment Agency settles on a plan for the area,” the submittal says, “staff is reluctant to recommend issuing a new long-term lease for the premises. At the same time, it is in the State’s best interest to keep the improvements occupied (if such occupancy can be safely maintained) until the site can be turned over to a contractor for demolition of the structures. Staff believes that a public auction lease of a revocable permit or short-term lease may be the best solution under the circumstances, and will return to the Board in early 2017 with a request for authorization to conduct such an auction.”