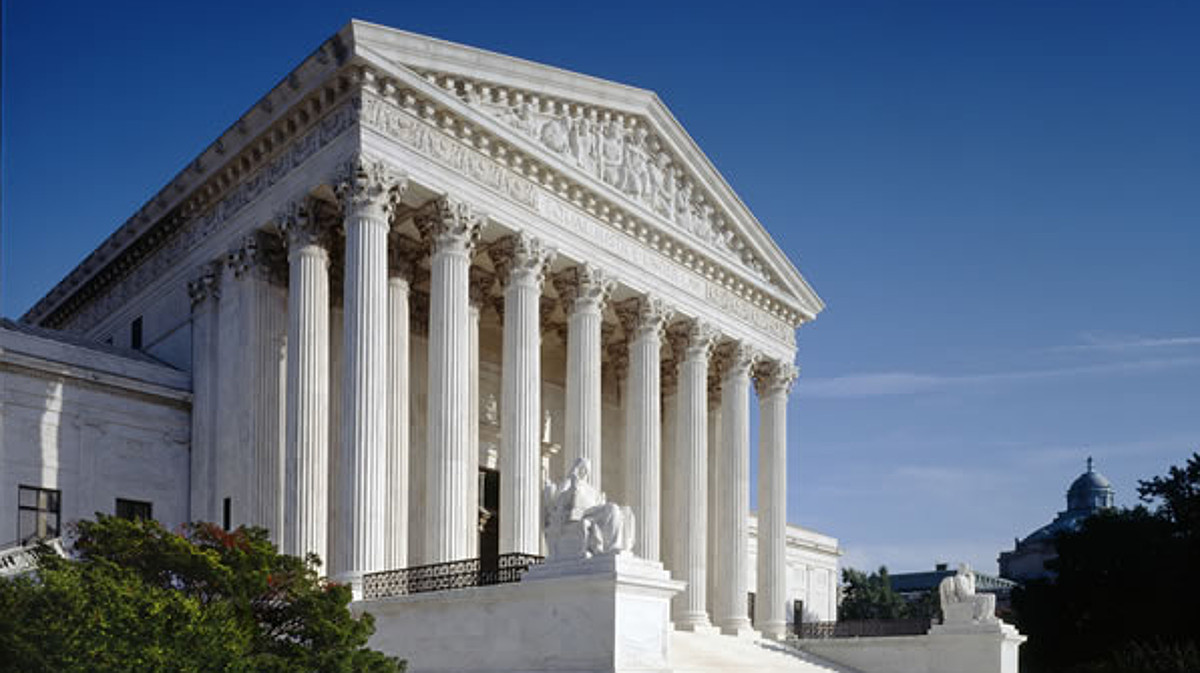 WASHINGTON, D.C. - The United States Supreme Court denied in part and granted in part the White House request to stay the injunctions issued against the travel bans in Hawaii v. Trump.

(BIVN) – Both President Trump as well as officials from the State of Hawaii are seeing positives in today’s U.S. Supreme Court order on the second travel ban issued by the White House in March.

The Trump administration appealed to the U.S. Supreme Court following a Ninth Circuit Court decision – upheld by the United States Court Of Appeals – to grant a TRO on Executive Order 13780. The revised order attempted to “protect the American people from terrorist attacks by foreign nationals admitted to the United States.” The order reinstated the 90-day ban on travel for nationals of six of the seven majority-Muslim countries identified in the first order: Iran, Libya, Somalia, Sudan, Syria, and Yemen. The State of Hawaii went to court to block Trump’s order “to protect its residents, its employers, its educational institutions, and its sovereignty.” Dr. Ismail Elshikh, an American citizen of Egyptian descent and the Imam of the Muslim Association of Hawai‘i, joined the State’s challenge.

We accordingly grant the Government’s stay applications in part and narrow the scope of the injunctions as to §2(c). The injunctions remain in place only with respect to parties similarly situated to Doe, Dr. Elshikh, and Hawaii. In practical terms, this means that §2(c) may not be enforced against foreign nationals who have a credible claim of a bona fide relationship with a person or entity in the United States. All other foreign nationals are subject to the provisions of EO–2.

The facts of these cases illustrate the sort of relationship that qualifies. For individuals, a close familial relationship is required. A foreign national who wishes to enter the United States to live with or visit a family member, like Doe’s wife or Dr. Elshikh’s mother-in-law, clearly has such a relationship. As for entities, the relationship must be formal, documented, and formed in the ordinary course, rather than for the purpose of evading EO–2. The students from the designated countries who have been admitted to the University of Hawaii have such a relationship with an American entity. So too would a worker who accepted an offer of employment from an American company or a lecturer invited to address an American audience. Not so someone who enters into a relationship simply to avoid §2(c): For example, a nonprofit group devoted to immigration issues may not contact foreign nationals from the designated countries, add them to client lists, and then secure their entry by claiming injury from their exclusion.

President Trump saw the ruling as a victory, releasing this statement today:

“Today’s unanimous Supreme Court decision is a clear victory for our national security. It allows the travel suspension for the six terror-prone countries and the refugee suspension to become largely effective.

“As President, I cannot allow people into our country who want to do us harm. I want people who can love the United States and all of its citizens, and who will be hardworking and productive.

“My number one responsibility as Commander in Chief is to keep the American people safe. Today’s ruling allows me to use an important tool for protecting our Nation’s homeland. I am also particularly gratified that the Supreme Court’s decision was 9-0.”

Meanwhile, the Hawaii Attorney General’s office had their own response. Attorney General Doug Chin had a differing interpretation of the SCOTUS vote, which was an unsigned opinion on behalf of the entire court in which justices were not required to reveal their votes.

In the same order, the Court also granted discretionary review (called certiorari) to hear arguments regarding the underlying merits of the lower court decisions. These arguments will be focused on the substantive issues considered by both the Fourth and Ninth Circuits, including whether the travel and refugee bans exceeded the Trump Administration’s authority under the Immigration and Nationality Act and whether the Executive Order violates the Establishment Clause of the First Amendment.

Attorney General Chin said, “The important thing is that by a vote of 6-3, today’s order continues to block implementation of the travel and refugee bans for people with a connection to the United States. This means people such as students accepted to the University of Hawaii and Dr. Elshikh’s family may still enter the country. Immigration into the United States should not be restricted due to religion or national origin.”

Justices Clarence Thomas, Samuel Alito and the Trump-appointed Neil Gorsuch signed a separate opinion stating the travel ban should have been fully reinstated.

Next up: Oral arguments, which are scheduled before the United States Supreme Court in Washington, D.C. during October 2017. Briefing will take place over the summer, Hawaii officials say.