KAILUA-KONA, Hawaii - Some of those who were previously camping at Old Kona Airport have been relocated under tents next to Hale Kikaha. 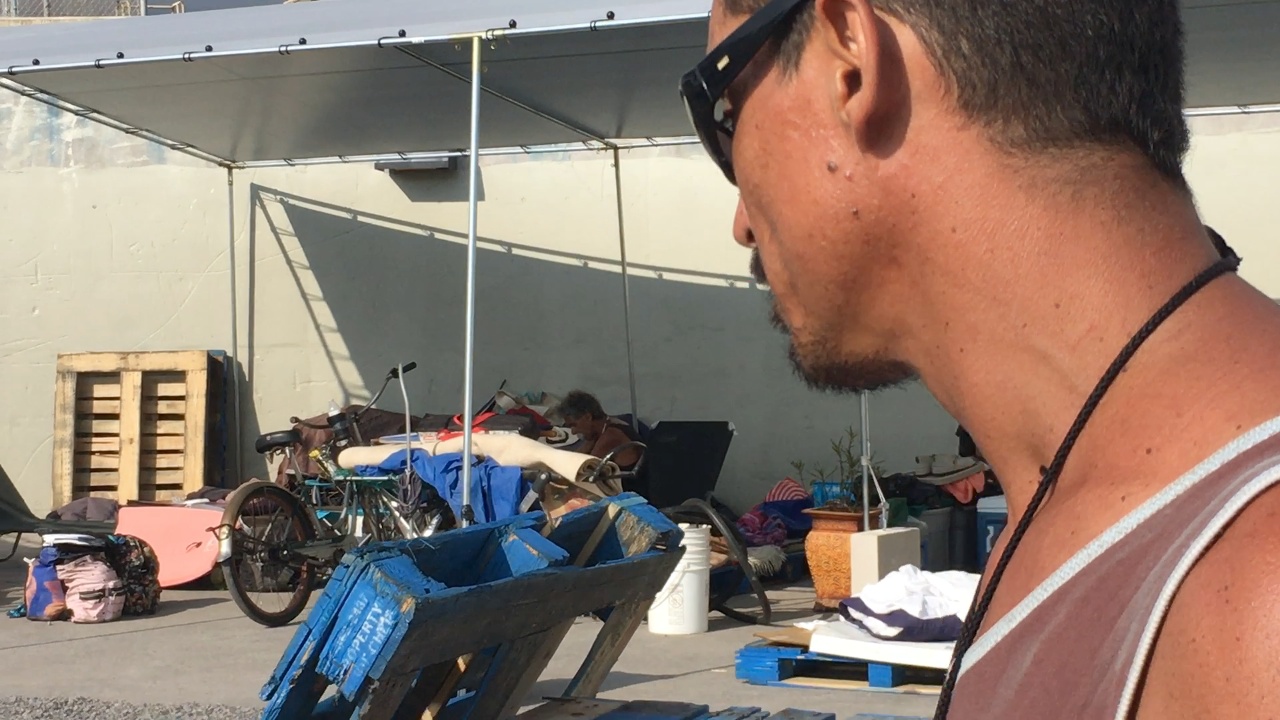 Image from video by Sherry Bracken

HOPE Services has found emergency shelter beds for 17 of 62 people living at Old Airport who say they want housing.

County officials have erected temporary canopies at the Hale Kikaha microunits on Pawai Place to shelter 20 additional people, and the Emergency Declaration waives zoning, building, and fire codes for the tents, plus a shower and portable toilets.

Lance Niimi of County Housing said there is no housing for the additional 25 people currently camping at Old Airport. He said he hopes emergency housing opens up or that community members offer housing to at least some of the 25. But one thing is clear — they will not be allowed to continue staying overnight at Old Kona Airport.

The County of Hawai’i together with social services provider Hope Services have moved a group of homeless people from the Old Airport Park to temporary facilities on County property in Kona.

The one-acre property at Hale Kikaha is accommodating approximately 20 adults in facilities consisting of tents, portable toilets, a temporary water spigot and showers.

The move came as the County on Wednesday enforced a no-camping policy at the Old Airport Park, whereby all belongings and housing structures in the park were removed. This was aimed at improving this facility as a community park.

Prior to Wednesday’s move, outreach workers from HOPE Services, Veterans Outreach, the West Hawai’i Health Clinic, Access Capabilities, County Parks and Recreation, Office of Housing and Community Development, the Mayor’s Office (Kona), and faith-based volunteers were able to find a limited number of spaces at other homeless shelters and relatives’ homes.

Available housing options were offered to the most vulnerable homeless people first, i.e., families, the elderly, chronically homeless, as well as those with substance abuse or mental health issues.

While the team of County and social services agencies tried to absorb the entire homeless population from Old Airport Park, the available housing inventory was insufficient. Approximately 25 individuals remain without housing. The County is working to increase the number of beds at the Hale Kikaha shelter, while exploring a permanent site to house the homeless population.

The Police Department will be monitoring to ensure that campers do not return to the park. The enforcement took place as the Department of Parks and Recreation gears up for clean-up efforts on Wednesday, August 9 and Thursday, August 10, 2017.

On Tuesday, Mayor Harry Kim issued an emergency proclamation under which zoning, building and fire codes were temporarily waived to enable the homeless people to be accommodated at the Hale Kikaha facility.