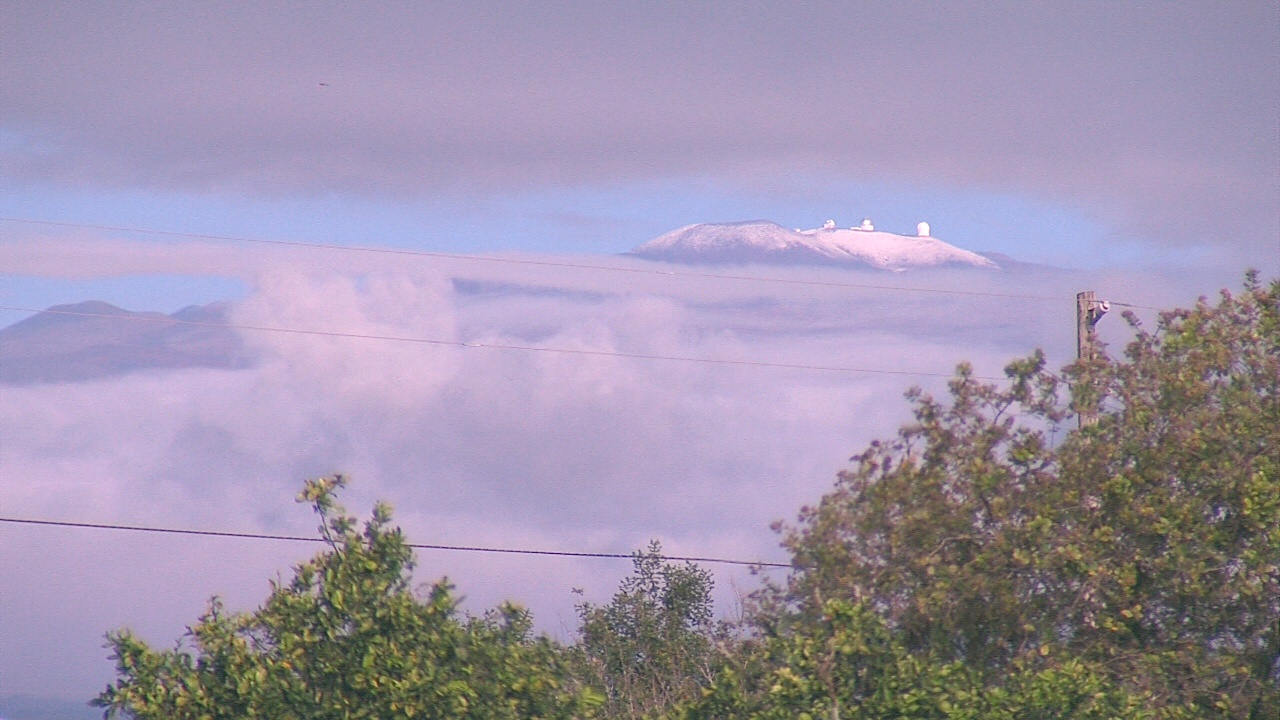 image from Hilo by David Corrigan

MAUNA KEA, Hawaii - Sunday's passing storm brought rain and thunder, and apparently some snow, to the Big Island of Hawaii.

UPDATE (12:37 p.m. HST) – The Mauna Kea Access Road is now open. Rangers made an inspection this morning, and found that “most of the ice on the roadways has melted, and the small section of road with a little ice near the UKIRT observatory does not pose a threat to vehicular traffic.”

“The roadway is safe for travel at this time and the roadblock has been taken down,” the rangers say. “As always though, please use caution when traveling to and from the summit.”

(BIVN) – Clouds parted over the summit of Mauna Kea just long enough on Monday morning to allow a glimpse of snow on the top of the Hawaii mountain.

Sunday’s storm, which triggered a flood advisory for Hawaii County, soaked parts of the island and left the 13,803 ft. high mountain-top with a dusting of snow.

It was enough to close the road to the summit on Monday morning, the same day as the solar eclipse (only a partial eclipse was visible from Hawaii). In a 4:42 a.m. message, Mauna Kea rangers reported the road to the summit was closed to the public at the Visitor Information Station (at an elevation of 9,200 feet) due to ice on the summit road.

An August snow on Mauna Kea is more rare than a winter snow, but it does happen from time to time. Rangers say “there are very few road closures from April 1 through November 30,” when snow accumulation is less common. 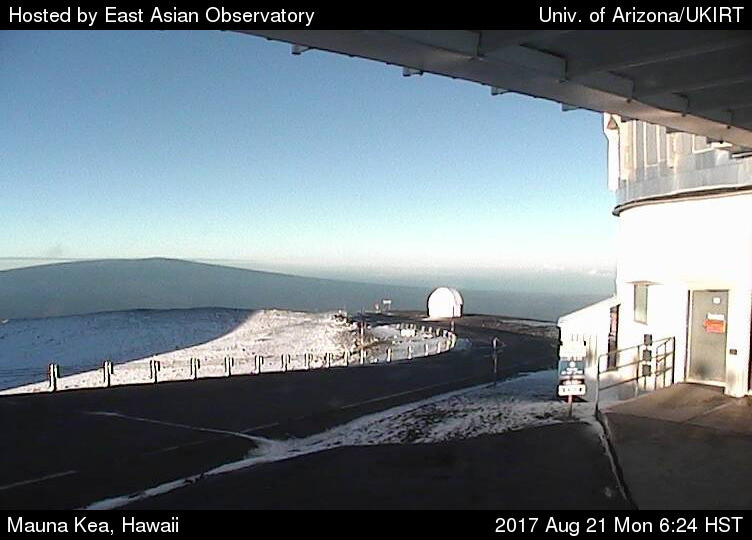