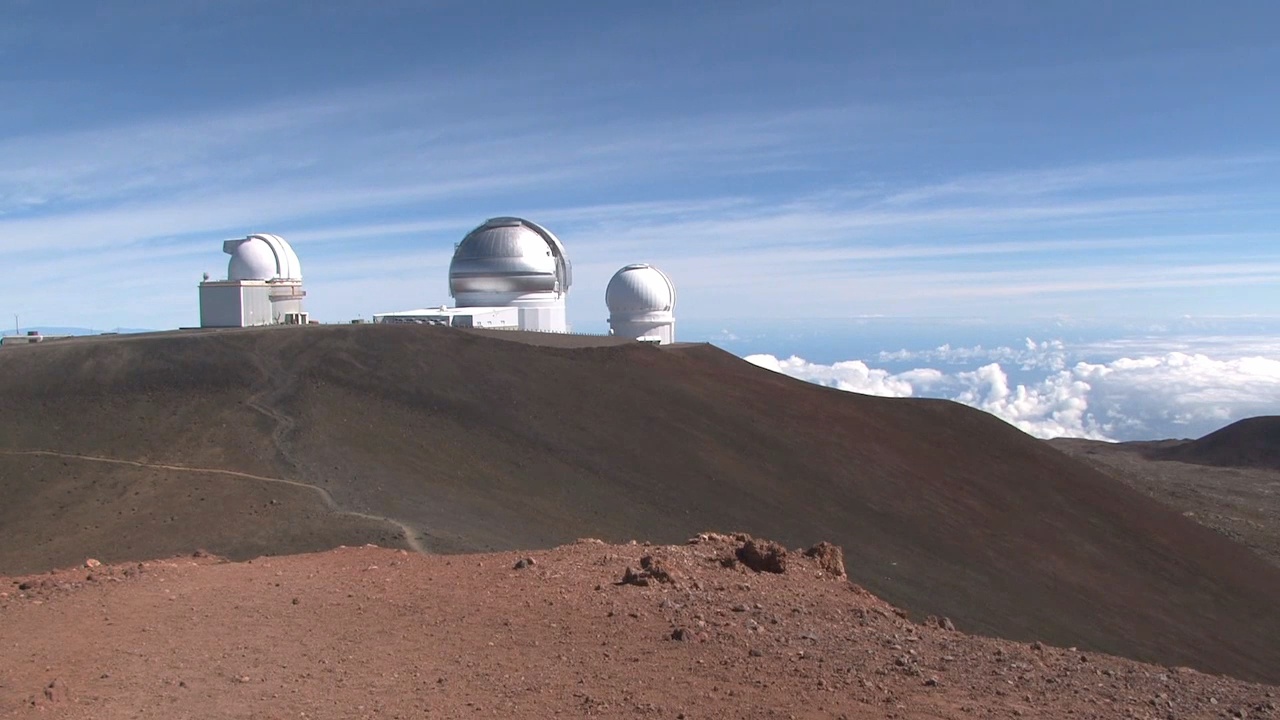 File image of the summit of Mauna Kea

Meeting On The Future Of Mauna Kea

HILO, Hawai‘i - An aha has been convened, bringing together Hawai‘i Island residents who sometimes find themselves on opposite sides of tough issues facing the mountain.

(BIVN) – A first-of-it’s-kind – and under the radar – meeting on the future of Mauna Kea was held recently in Hilo.

The ʻaha, or gathering, was not widely publicized but was attended by about 50 right holders / stakeholders and officials at Haleʻōlelo, the University of Hawaiʻi at Hilo’s Ka Haka ʻUla O Keʻelikōlani College of Hawaiian Language building on Saturday.

Present for the meeting were state lawmakers Senator Kai Kahele, Representative Chris Todd and Rep. Mark Nakashima. Also attending were folks from the Office of Maunakea Management, Maunakea Management Board, the University of Hawai‘i, and PUEO, or Perpetuating Unique Educational Opportunities.

Also present: a large group of well-known Mauna Kea protectors, many of whom are involved in ongoing legal appeals concerning the state granted permit / sublease for the Thirty Meter Telescope.

But this meeting was not about TMT. Instead, attendees who later spoke with Big Island Video News said the meeting was focused on areas of common interest; places where, by consensus, everyone could find agreement, such as the need for better management of Mauna Kea.

The ʻaha also focused on a document produced in 2001 entitled Mauna Kea – The Temple: Protecting the Sacred Resource, commonly referred to as the Temple Report, by the Royal Order of Kamehameha I and Mauna Kea Anaina Hou.

Kealoha Pisciotta, who helped craft the Temple Report, said that with all the changes that have occurred in the 16 years since the document was produced, it was important to bring the previous work to the attention of the newcomers to the decades-long conversation concerning the mountain. Revisions to the document are also being considered.

“We have to work to build peace,” Pisciotta said over the phone on Monday. “But we don’t have to sell anything out.”

Richard Ha of PUEO said he wanted to spend more time talking about an idea for a new Hawaiian cultural center above the clouds, but found it difficult to advance that aspect of the conversation.

“It’s apparent to me that we all want the same thing,” Ha said in a message following a phone conversation after the meeting. “We want respect for our culture, we want educational opportunities for future generations, we want Hawaiians to play a role in future space exploration. It’s in our DNA.”

With the assorted passions and personalities present for the ʻaha, organizers felt the ‘Aelike process should be utilized to conduct the meeting, rather than the more westernized Robert’s Rules of Order.

‘Aelike is described as “a collaborative process that draws upon Native Hawaiian concepts of family ho’oponopono, consensus decision making, and peaceful strategies for problem resolution.”

The meeting was a sensitive affair. Participants were hesitant to talk about the gathering outside of the ʻaha. Most in attendance had loosely agreed to keep the meeting under wraps, until photos and a few short videos from the gathering were seen on social media.

Those we spoke to after the meeting felt – in general – that things went well. The next step is somewhat unclear. More meetings are possible, however specific dates have not been set.