HAWAII - The Hawaiʻi Supreme Court has ruled in favor the Thirty Meter Telescope permit, paving the way for the $1.4 billion observatory to build on Mauna Kea. 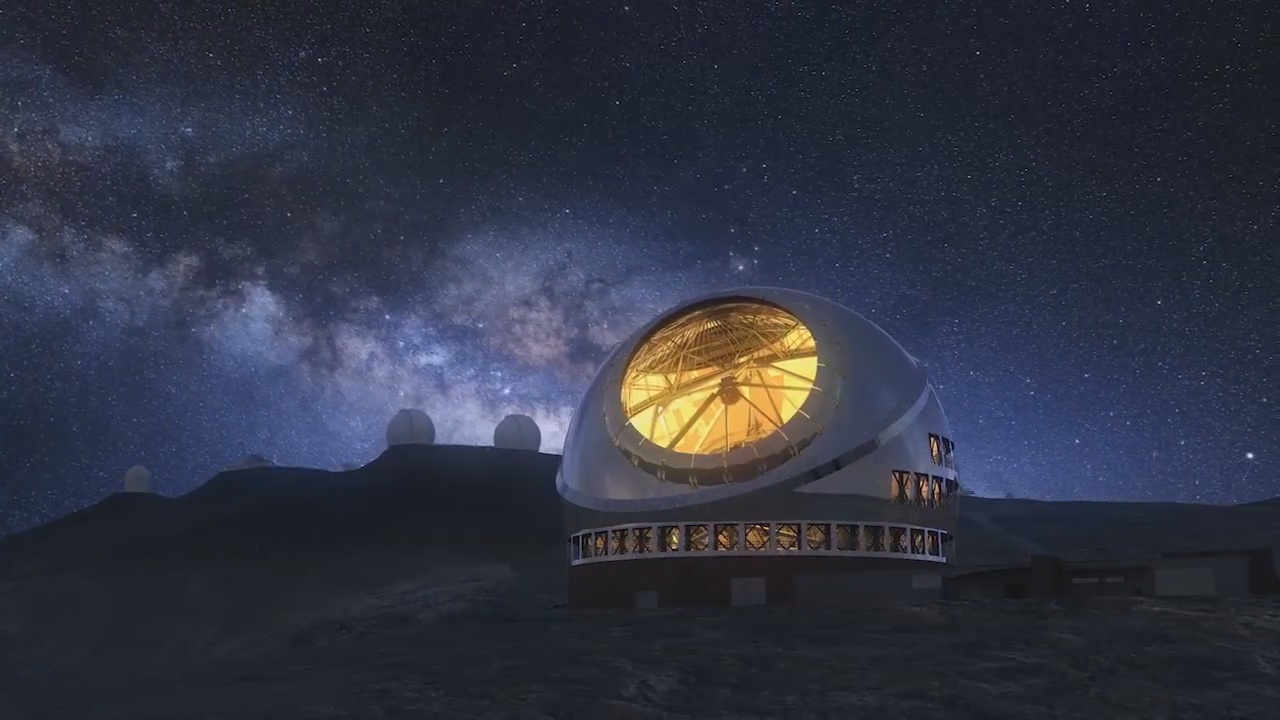 (BIVN) – The Hawaiʻi Supreme Court has ruled in favor the state-granted permit to build the $1.4 billion Thirty Meter Telescope on Mauna Kea.

4 of the 5 Justices affirmed the Hawaiʻi Board of Land and Natural Resources decision.

HONOLULU – Gov. David Ige and leaders of the University of Hawai‘i (UH), the Dept. of the Attorney General (AG) and the Dept. of Land and Natural Resources (DLNR) thanked the Hawai‘i Supreme Court for its thorough review of the Thirty Meter Telescope on Maunakea, and the decision that was handed down today.

“The high court reviewed thousands of pages of documents and testimony over many years, so it’s difficult to imagine the monumental task the justices had in reaching this decision,” said Gov. Ige. “We’re pleased the court carefully considered and weighed all the varied and passionate testimony about TMT. We believe this decision is fair and right and will continue to keep Hawai‘i at the forefront of astronomy.”

“The University of Hawaiʻi is pleased with the state Supreme Court’s decision to approve the conservation district use permit for the Thirty Meter Telescope (TMT) project,” said University of Hawai‘i President David Lassner. “We will ensure that this project is accomplished appropriately and with deepest respect for the awesomeness of Maunakea. TMT will not only represent a major advance in humankind’s knowledge of the universe, it will have tremendously positive educational and economic impacts for the people of Hawaiʻi Island and the entire state. UH stands fully committed to collaborative stewardship that demonstrates Maunakea as an inspiring and harmonious global model for culture, education, the environment and groundbreaking scientific discovery.”

“We are gratified that the Supreme Court affirmed the Board of Land and Natural Resources’ decision on the Thirty Meter Telescope conservation district use permit,” said DNLR Chair Suzanne Case. “This has been a very long process, and I want to thank Judge Amano and the Land Board members for their careful diligence in ensuring all voices were heard and considered, the law was applied correctly, and the process was followed fairly. DLNR, as the landowners and conservation district regulators on Mauna Kea, will continue to work closely with UH on next steps to move this project forward.”

“The TMT case has wound its way through a drawn out legal process for many years and it’s good to see it come to a successful resolution. The state has a responsibility to follow and apply the appropriate laws and the justices clearly agreed that this is precisely what happened in this case,” said Attorney General Russell Suzuki.

TMT must now submit construction plans to the DLNR Office of Conservation and Coastal Lands for review and approval. The decision also requires the state to follow the Maunakea Comprehensive Management Plan which includes attention to cultural protocols and training.

From KAHEA, the Hawaiian-Environmental Alliance – one of the participants in the contested case hearing:

We are disappointed by the state Supreme Court’s majority decision to affirm the Land Board’s approval of the University of Hawaii’s permit to allow the Thirty-Meter Telescope corporation’s project in a pristine area of Mauna Kea. The opinion wrongly relies on representations that there is “no evidence” of Hawaiian cultural practices on the specific acreage proposed for the TMT. Thousands of Hawaiian cultural practitioners have affirmed the sacredness of the entirety of Mauna Kea. Thousands more have supported the protection of Mauna Kea from the TMT project. The Court’s opinion has done nothing to change this. We call on the University, Governor Ige, and TMT officers to put the well being of the people of Hawai`i first and to relocate their project away from Mauna Kea.

Despite four state audits and generations of Native Hawaiians expressing concern about the threats to Maunakea, the state and the University of Hawaiʻi have continuously neglected their legal duties to adequately manage the mountain. Instead, they have consistently prioritized astronomical development at the expense of properly caring for Maunakea’s natural and cultural resources.

The Supreme Court’s ruling today demonstrates an urgent need for the state to create mechanisms to ensure that constitutionally protected traditional and customary practices and cultural resources are not sacrificed or abridged.

In November 2017, OHA sued to hold the state and UH accountable for its longstanding and well-documented mismanagement of Maunakea. For years, OHA held good faith discussions with the state to stop the state’s failed stewardship. Despite OHA’s best efforts, these discussions broke down several weeks ago. As a result, OHA is moving forward with its lawsuit.

After 50 years of empty promises to the mauna and our community, the state needs to be held accountable. Maunakea deserves better.