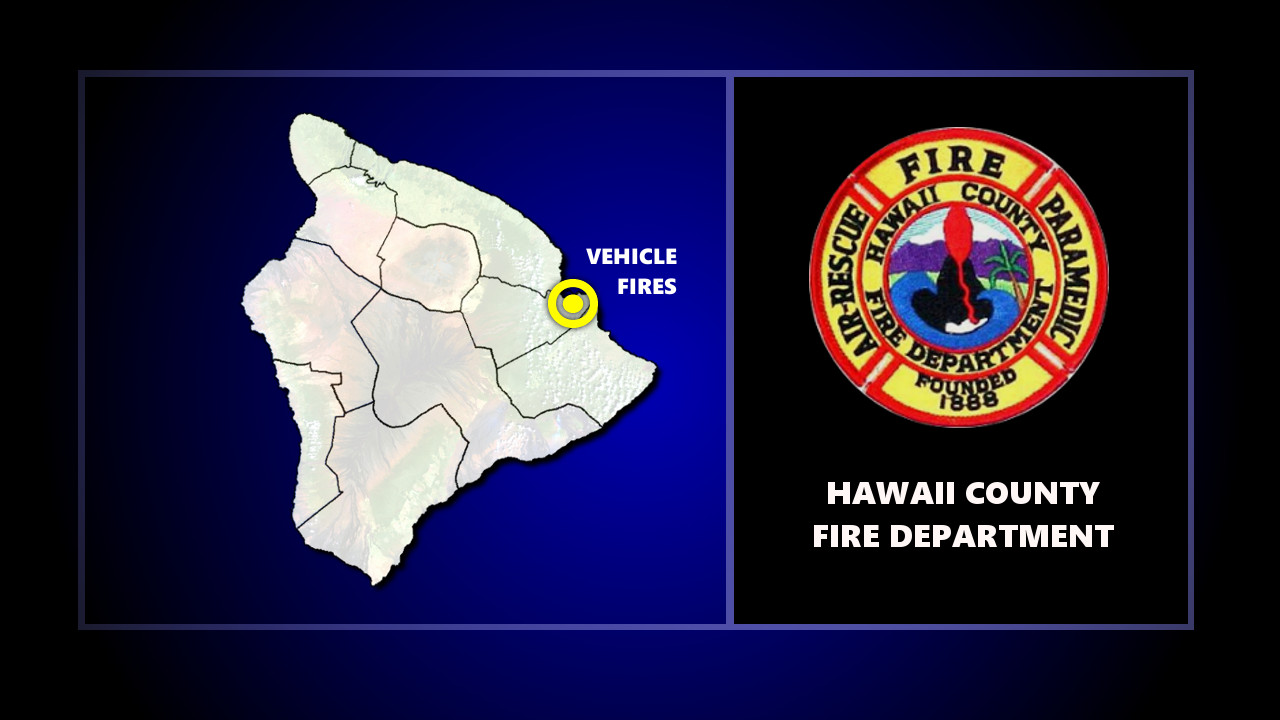 HILO, Hawaiʻi - Hawaiʻi County Firefighters responded to a report of vehicles on fire within the Ken's Towing storage area on Monday night.

The cause of the fire is unknown, fire officials say. The blaze, which occurred just after 9 p.m., forced a road closure at Railroad and Pohaku.

Upon arrival, firefighters found multiple vehicles on fire, according to a fire dispatch:

Upon arrival, 6 vehicles on fire within fenced area of property. Utilized Ladder-2 aerial master stream to initially knock down fire that was creating an exposure hazard to the building on the east side of the storage area. The fire was suppressed to allow personnel with hand held hose lines to completely extinguish the vehicle fires. Inspector arrived on scene initiating an investigation into the cause.

There was an estimated loss of $18,000 but firefighters say they managed to save $1.4 million by preventing the spread of the fire to the adjacent warehouse.

UPDATE – Hawaiʻi County Police issued this media release on Tuesday, calling it a case of burglary and arson:

Hawaiʻi Island police are asking for the public’s help in in solving a burglary and arson at a business in Hilo.

On Monday night (June 24), at 7:03 p.m, police and firefighters responded to a report of a fire fronting a business on Kukila Street and found several vehicles engulfed in flames. Fire department personnel extinguished the fires and determined that there were no casualties.  A closer inspection revealed that the business and vehicles were entered and the fire was confined to the vehicles parked fronting the business.

Detectives from the Area I Criminal Investigation Section are continuing the investigation that has been classified as a Burglary and Arson. The origin and cause of the fire and events leading up to this incident remain under investigation.

Anyone who witnessed the incident or may have any information is asked to call Detective Bobbie-Jo Sagon of the Area I Criminal Investigation Section at (808) 961-2375 or email Bobbie-Jo.Sagon@hawaiicounty.gov.