“Voices blending together with warmth” is the story behind the name of the #1 female Hawaiian music group in the world. Nā Leo Pilimehana—Nalani Choy, Lehua Kalima Heine and Angela Morales—performed as high school seniors in 1984’s “Brown Bags to Stardom” and ignited music charts with hit original song “Local Boys,” which is still the best-selling single in Hawaii’s history.

They’ve since appeared worldwide, breaking down walls and crossing the line between “Hawaiian” and adult contemporary music, playing the House of Blues in Los Angeles and Hollywood. Busy moms with their own record label, Nā Leo Pilimehana released their 25th Anniversary Collection in 2009 and continue to blend their warm and beautiful voices as they create new music for today’s audiences.

Tickets for the Friday, April 1 concert at Waikoloa Bowl will be $20 adults, $5 keiki ages 5 to 12, available at Ticketmaster online, Ticketmaster outlets: Wal-Mart in Hilo and Kona or Persimmon at Queens’ MarketPlace. Doors open at 6:00 p.m. and the concert begins at 7:00 p.m. Low beach chairs, blankets and mats are recommended for lawn seating. No coolers please.

Since it opened in 2007, Queens’ MarketPlace in Waikoloa Beach Resort has earned a reputation among visitors and kama’āina as “the gathering place of the Kohala Coast,” full of shopping opportunities, services and great food, along with entertainment and arts programs, movies under the stars and contemporary concerts in Waikoloa Bowl at Queens’ Gardens. For more information, visit www.QueensMarketPlace.net or call 886-8822. 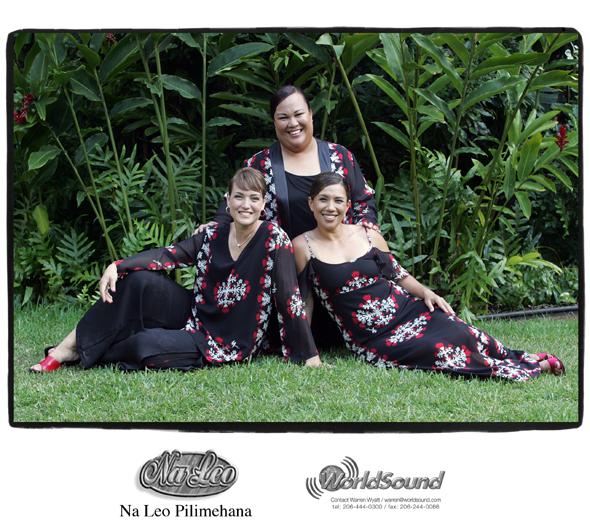