Media release | Volcano At Center Jim “Kimo” West Performs at Volcano Art Center with Special Guests Dennis and Christy Soares Friday, April 29, 2011 at 7:00 pm at the Volcano Art Center Hale Hoomana Performance Hall “We are so excited to have a guitarist and musician that is of the highest quality perform in […]

“We are so excited to have a guitarist and musician that is of the highest quality perform in Volcano Village. This concert venue is an intimate setting and is one that allow the audience to get close and personal with Jim and we expect to sell out fast. Joining Jim will be Big Island favorites Dennis and Christie Soares who have been nominated for both Na Hoku and Hawaii Music awards. This is going to be a special night in Volcano, I can promise you that!” stated Volcano Art Center Concerts and Performance Coordinator David Wallerstein.

West’s first two CD’s, “Slack Key West” (2005) and “Coconut Hat” (1999) are excellent examples of the tradition of slack key guitar taken to a new and unique place, while still retaining the essence of ki ho’alu. “Kimo” as he is called in Hawaii, has performed at many of the islands’ legendary slack key guitar festivals as well as on the mainland, including the historic So Cal Slack Key Festival. His playing has been featured in a number of Honda TV spots, Disney Channel movies and National Public radio. “Hawaiian Slack Key Guitar: Kimo-Style”was released in December of 2007 and proved to be another evolutionary step in the ever-evolving journey of ki ho ‘alu.

Tickets for West’s performance on Friday April 29 are $10.00 for adults and $5.00 for Children. Please call David Wallerstein at 808-967-8222 for tickets or visit the Volcano Art Center Niaulani Campus or the VAC Art Gallery. Visit www.volcanoartcenter.org for information and to purchase tickets online. Tickets are also available the evening of the performance 1 hour before scheduled concert time at the venue. 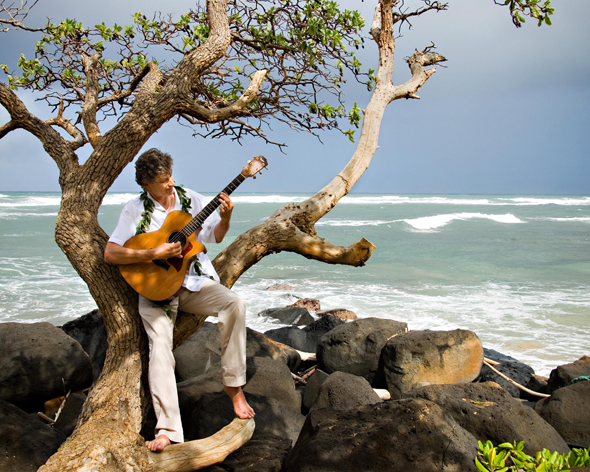