Mounted in a pod under the aircraft is the Jet Propulsion Laboratory-developed Uninhabited Aerial Vehicle Synthetic Aperture Radar. UAVSAR uses a technique called interferometry that sends pulses of microwave energy from the sensor on the aircraft to the ground to detect and measure very subtle deformations in Earth’s surface.

The radar will collect data over the Kilauea volcano on the Big Island of Hawaii from an altitude of about 41,000 feet. The UAVSAR’s first data acquisition over this region took place in January 2010. Assisted by a Platform Precision Autopilot designed by engineers at NASA’s Dryden Flight Research Center, flights over the volcano were repeated in May 2011. Those two sets of observations successfully imaged the surface deformation caused by the March 2011 fissure eruption in Kilauea’s east rift zone.

Flights this month will trace the same path as the two previous years to measure deformation of the volcano since the March 2011 eruption and as part of future studies of the volcano’s changing deformation patterns due to volcanic activity.

The aircraft departed NASA’s Dryden Aircraft Operations Facility in Palmdale, Calif., Jan. 7 and is scheduled to return Jan. 15. It will be based at Kona International Airport while in Hawaii. 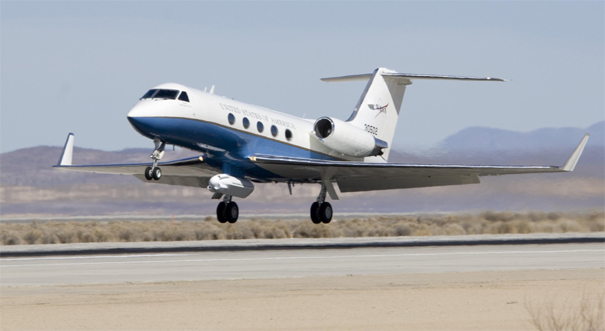