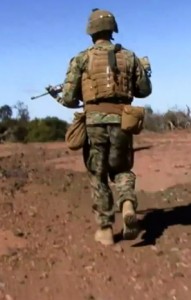 The marine have been busy over the last few weeks at Pohakuloa Training Area… shooting high explosive rounds, smoke rounds, and 155mm illumination rounds … many of which were visible from Saddle Road.