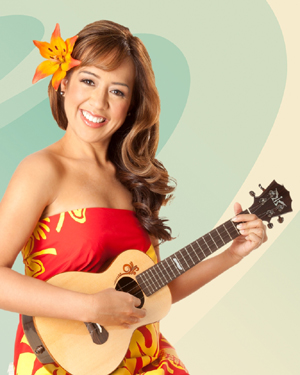 One of West Hawaii’s best open-air concert venues, the stage at Waikoloa Bowl puts great Hawaiian musical talents on display for the large audiences who come to relax and enjoy the music, island style—under the stars in beach chairs or mats on the lawns. The program features the music of Kevin Kealoha and Kunia Galdeira kicking off the evening at 5:45 p.m., followed by the Lim Family at 6:30 p.m. and Raiatea at 7:30 p.m.

“If you haven’t been to the Waikoloa Bowl in a while, this will be a good chance to bring the family,” said Margo Mau-Bunnell, Sales & Operations Manager for Waikoloa Beach Resort. “It’s reasonably priced, at only five dollars for children. And, you can pick up a picnic dinner or snacks in the Food Court, then come and spread out in the grass and listen to Kevin and Kunia, the Lim’s, Raiatea—the kind of music we all love.”

One of the youngest performers to ever attend the 42nd Annual Grammy Awards at age 21, Raiatea Mokihana Maile Helm has already had a sensational career, including her recent $20,000 music fellowship awarded by the Native Arts and Cultures Foundation. A two-time Grammy nominee and winner of multiple Nā Hōkū Hanohano Awards including Female Vocalist of the Year, she has appeared with a galaxy of Hawaiian music stars including The Brothers Cazimero, The Makaha Sons, Keali‘i Reichel, Ho‘okena, Auntie Genoa Keawe, and Ledward Ka‘apana.

Her most recent CD, “Sea of Love,” was released late last year. According to Inside Out Magazine, “it harkens back to the music widely heard in nightclubs and times of pre- and post-statehood in the 1950s and 1960s… Helm said it’s the music that her parents and grandparents grew up with in the cocktail lounges of Waikiki.”

“Hawaiian music is important and I want to bring that back,” Helm said. “I hope to see a resurgence of a type of sound that’s alive and filled with emotion.”

Admission to the concert is $15 adults, $5 keiki. Bring a beach chair or mat for Lawn Seating, no alcohol permitted. For more information, visit www.WaikoloaBeachResort.com 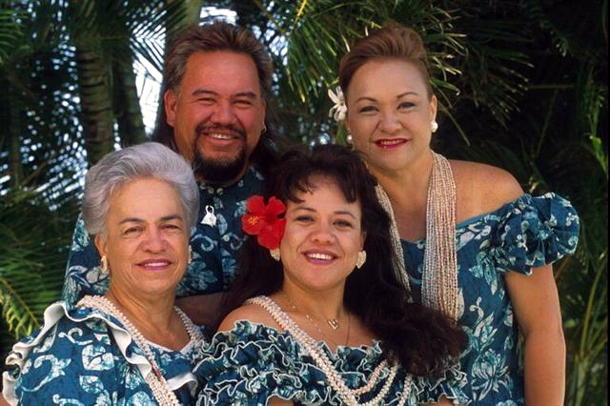