HILO, Hawaii: A Hilo man was charged on Monday in connection with two alleged peeping incidents that took place over the weekend. 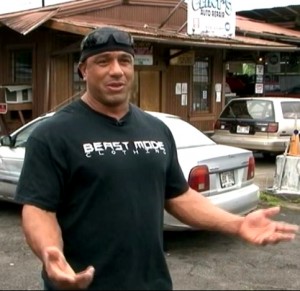 Tuinei reportedly went into a women’s public bathroom in Hilo and used a cell phone in a bathroom stall to record a 24-year-old woman using the bathroom in the next stall over. Police say when witnesses confronted him, he left the area on foot. A source in the Hawaii Police Department says the offense actually took place at the Afook Chinen Civic Auditorium, in one of the team changing rooms located under the bleachers. Saturday was the same day the Haili Volleyball tournament wrapped up play.

But the alleged peeper wasn’t so lucky on the next bathroom visit.

Less than an hour later, Tuinei was reportedly observed using a cell phone in an adjacent stall to record a 13-year-old girl using a public bathroom in the Panaewa area. Sources say the location was within the Puainako Town center.

But his getaway was thwarted by this man, Naea Lee Maina’aupo-Lindsey, who took the suspect down at Clint’s garage on Kilauea Avenue.

Videographer Daryl Lee spoke to Naea about the incident on Wednesday, in this interview that aired exclusively on Hawaii News Now.

A relative of the victim detained Tuinei until police arrived.

Tuinei was arrested and held at the Hilo police cellblock while detectives from the Area I Criminal Investigations Section continued the investigation. On Monday night, they charged him with two counts of first-degree violation of privacy. He remained in the cellblock in lieu of $20,000 bail until his initial court appearance in South Hilo District Court.