HILO, Hawaii: Ebb & Flow Arts will be present a “wide ranging and captivating” series of six concerts from May 20 – July 28, 2012, part of North South East West Festival 2012. The festival comes to the East Hawaii Cultural Center (141 Kalakaua St., Hilo) on June 16th for a unique multi media performance by […] 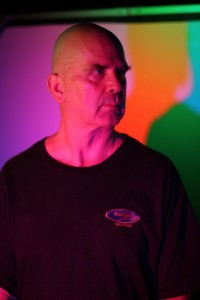 All concerts are free admission. Music spans the early twentieth century to very recent work. It includes 26 works by 23 composers – 9 Hawai’i, and 3 World premieres. Four concerts take place on Maui, one in Honolulu, and one in Hilo.

“We are thrilled to present our ninth annual, statewide series of concert and multi media events,” says Robert Pollock, Exec. Dir. of E&FA. “Our unswerving commitment to excellence and originality keeps us strong in these hard economic times,” he asserts.

Ebb & Flow Arts, Inc. (E&FA) is a non profit presenter of modern music and multi media events. It is the only such presenter in Hawai’i, and was founded in 1999, by composer/pianist Robert Pollock. It aims to build bridges between the arts and connect artistic expressions and cultures. E&FA creates a global sound board and mirror for music and art in Hawai’i. We also teach Maui’s children how to read and write music with “Scaling Haleakala,” an award winning curriculum.

If you are interested in the other dates on the tour, all off Hawaii Island: