The Big Island Film Festival is two weeks away! 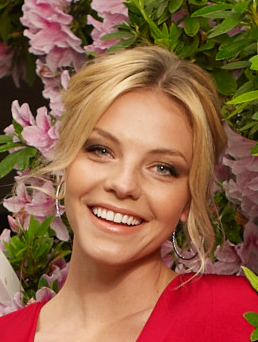 Eloise Mumford of Dreamworks/ABC's "The River"

KOHALA COAST, Hawaii: The Big Island Film Festival is two weeks away and organizers say they are very excited to be welcoming “JAG” star David James Elliott and Eloise Mumford of Dreamworks/ABC’s “The River”, who’ll join the fun and meet their fans during the event, which runs from May 24 to 28.

This media release came down from the festival organizers today:

Big Island Film Festival invites fans and friends to come and meet celebrity guests during BIFF 2012, May 24-28 at The Fairmont Orchid, Hawai‘i and The Shops at Mauna Lani. The 7th annual Festival honorees are Eloise Mumford (“The River”) and David James Elliott (“JAG”) who will appear in person at a special “Meet the Stars” gala for everyone on Friday, and receptions in their honor on Saturday and Sunday, respectively. (Ticket prices vary. See below)

Eloise Mumford, an NYU graduate, appeared on Broadway and played opposite Dennis Hopper in STARZ acclaimed series “Crash,” before going on to guest star in “Law and Order SVU” and “Mercy.” She stars in the new Dreamworks/ABC series “The River” and has leading roles in feature films, coming soon. Mumford’s Reception & Salute is Saturday at The Fairmont Orchid, Hawai‘i, 4:30-6:30 p.m.

Canadian-born actor David James Elliott is best known for his starring role in “JAG” and is currently featured on “GCB (Good Christian Belles).” An Ironman triathlete and long distance stand up paddle boarder, Elliott is always in demand for television roles and feature films. He has appeared in “Scoundrels,” “Close to Home” (Jerry Bruckheimer), and in a recurring role in “CSI: NY.” Elliott’s Reception & Salute is Sunday at The Fairmont Orchid, Hawai‘i, 4:30-6:30 p.m.

On Monday, Memorial Day, BIFF’s “Best of the Fest” grand finale will star the Big Island’s own “Kohala” in concert, with GRAMMY® award-winning producer Charles Michael Brotman, whose song “Hapuna Sunset” which was featured on “The Descendants” sound track. Best of the Fest includes the Kohala Concert and Audience-voted Best Feature and Best Short Films of BIFF 2012, plus a Silent Auction to benefit the Tripler Army Medical Center’s Fisher House for military families. It is also a fundraiser for Hawai‘i Island Food Basket.

The Big Island “Talk Story” Film Festival is a celebration of independent narrative films and filmmaking, taking place May 24-28, 2012. Major sponsors include The Fairmont Orchid, Hawai‘i and The Shops at Mauna Lani and Hawaii Tourism Authority/Hawai‘i County CPEP.

For complete schedule information and to print-your-own-tickets from Ticket Derby, visit www.BigIslandFilmFestival.com or call (808) 883-0394.

The BIFF also provided a glimpse of some of the highlights for the week: