The Kona Coffee Farmers Association has not given up the fight to stop HB280. 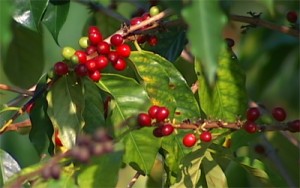 Cherries, ripe and ready in Kona

KONA, Hawaii: A bill repealing Hawaii coffee bean inspection and certification has passed through the state legislature and now awaits the signature of the governor to become law. And the Kona Coffee Farmers Association has not given up the fight to stop it.

Currently, the organization is asking its membership and supporters to join a petition asking Hawaii Governor Neil Abercrombie to veto HB280 in order to “protect the integrity of Kona and other Hawaii-grown coffees.”

The Kona Coffee Farmers Associations says the bill would be disastrous for the growers and the buyers of Hawaii-grown coffee… and would expose all Hawaii coffee to the threat of another Kona Kai coffee counterfeiting scandal. The organization says the current mandatory system has been successfully administered by the Hawaii Department of Agriculture for more than a decade, and it provided a measure of assurance as to the origin and quality of Hawaii-grown coffee to buyers throughout the world.

This bill (pushed by the Blenders and Processors) was passed by the Legislature on May 2 and will become law unless Gov. Abercrombie vetoes it within 45 days. The bill would repeal the protective system of inspection and certification adopted in response to the Kona Kai Coffee Counterfeiting Scandal of the mid 1990s. Under HB280 sellers (not the Hawaii Dept. of Agriculture) would be “documenting” origin—an invitation to unscrupulous sellers to counterfeit Kona coffee. With repeal of the grading system, the Blenders/Processors would be able to label “Off Grade” coffee as “Kona Coffee”. This bill would have disastrous affects on the integrity and reputation for quality of our product. We need to request the Governor to veto HB280. If you have not done so already, please go to the KCFA website and use the link on the homepage to sign the online petition to the Governor. If you have signed the petition, please take two minutes to send the Governor a separate personal email asking for a veto: “Governor Neil Abercrombie” gov.contact@hawaii.gov. Also please ask your friends and coffee customers to sign the petition and send emails. Hawaii needs to strengthen—not repeal—protections for coffee farmers. This is a BAD BILL for Kona Coffee.

Testimony received at the statehouse during the bill’s travels through different committee was varied.

The bill received support from many larger farms, as well as blenders and processors. Some say the past two years certification of coffee grade has become cumbersome and problematic, and that a wait for certification can last over four weeks during the busy peak season.

The current certification process for coffee in Hawaii has evolved to focusing more on quality issues and less on verification of origin. We believe that stronger documentation requirements for origin of coffees sold from Hawaii are as important now as they were when the industry suffered from the highly public Kona Kai counterfeiting case back in the 1990’s. We need to relieve the Hawaii Department of Agriculture from the burden of third party certification on EVERY lot of coffee leaving Hawaii origins so that they can focus as well on origin documentation by Hawaii producers. The current origin documentation requirements are severely lacking.

Greenwell Farms will likely continue to have grade certifications performed by the Hawaii Department of Agriculture as many of our customers rely on this process. However, we have many customers who we have dealt with over decades that trust our grading abilities. These customers have been penalized significantly due to the recent constraints in the Hawaii Department of Agriculture’s quality assurance programs.

Russell Kokubun, the chairperson of the state Board of Agriculture and Hawaii Island resident, also wrote in support of the bill:

Prior to 1997, green coffee certification was conducted on a voluntary basis for users requesting for certification. Following a counterfeit scandal, a coffee dealer was indicted for fraud for selling counterfeit green Kona Coffee at depressed prices in the mainland. This prompted legislation that required all Hawaii-grown green coffee be certified prior to leaving the geographic region of production. However, this requirement did not apply to roasted Hawaii-grown coffee.

As a result of the reduction in force in 2009, currently, there is only one full-time Agricultural Commodities Marketing Specialist in the West Hawaii district to inspect Kona coffee. This has resulted in a delay of inspections with a turnaround time of up to 3 to 4 weeks, and a subsequent delay for the Kona coffee industry to export their coffee and limits cash flow needed to pay their coffee producers in a timely manner.

Following discussions with various coffee industry members, the Department feels that a voluntary certification program, and mandatory compliance to grading standards and origin documentation under proposed changes to the Hawaii Administrative Rules, will provide sufficient protection for Hawaii’s coffee industry.

The Department does want to clarify that while the proposed bill will make certification voluntary, this measure would not trump the current quarantines in place that are meant to prevent the spread of coffee berry borer or other potential invasive pests or diseases.

That didnt sit too well with farmers like Paul Uster, proprietor and coffee picker at Mokulele Farms. He wrote:

Stop this before another Kona Kai counterfeit coffee scandal is allowed to happen. Another scandal would make Hawai’ian coffee the laughingstock of the worldwide coffee industry with financial downside to small growers and the state revenues.

These same mega-scale millers ignore and avoid any voluntary part of any law (origin labeling in 486-120.6 comes to mind) and this bill is part of their systematic dismantling of industry regulations. Their economic model maximizes short-term margin by malcing Hawaiian origin coffee a commodity with cachet. And that plantation-era mind-think is a stranglehold on _hundreds_ of us small family cherry , parchment, and green bean farms. And it kills us after the cachet is gone. Another heritage agricultural industry and tourism draw disappears. Make way for more condos and ziplines.

I find it very disturbing (to say the least) that Agriculture Committee “kicked the can down the road” and in their report, explicitly handed you the “hot potato” issue of counterfeit coffee. I am very disappointed that HDOA has all too willingly agreed to stand down from their mission; but that’s another issue.

“Let’s not play dangerous games with the current market,” said Cecelia Burns Smith, President Kona Coffee Farmers Association in written testimony. “Let’s think about and get complete consensus before we risk peoples’ livelihoods. The current statute has been instrumental in keeping counterfeit coffees at bay. Let’s not open the door to the unscrupulous and return to the bad old days. The end result would be to diminish the worth of Kona coffee with resulting harm to the family farms in the Kona district.”

Screen grab from the online petition