Deal is good for 20 years and will provide Hawaii Island with 21.5 megawatts generated from the soon-to-be refurbished Pepeekeo biomass plant. 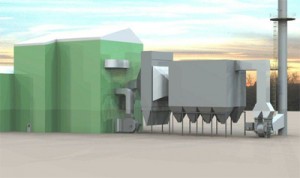 PEPEEKEO, Hawaii: Hu Honua Bioenergy and Hawaii Electric Light Company announced they have signed a Power Purchase Agreement on Monday. The deal is good for 20 years and will provide Hawaii Island with 21.5 megawatts (MW) of renewable, dispatchable firm capacity fueled by locally grown biomass. Thats about 10 percent of the island’s electricity needs.

The agreement will require the approval of the Hawaii Public Utilities Commission, with input from the state Division of Consumer Advocacy.

According to a joint media release, the Hu Honua facility at Pepeekeo on the Hamakua Coast would supply electricity at pricing not tied to the price of oil.

Hu Honua is converting the former Pepeekeo Sugar Mill – which previously used sugar cane waste and later, coal – into a modern, efficient electric generation facility using renewable biofuel, including locally grown biomass, such as eucalyptus… of which there is plenty growing along the Hamakua Coast. The facility will consist of a biomass fuel yard, steam boiler, turbine and generator.

The plant is anticipated to be completed approximately 18 months after refurbishment begins.

The refurbishment phase of the project is expected to create 80 to 100 jobs, say Hu Honua representatives, is anticipated to be completed in approximately 18 months. About 28 to 30 jobs when the facility begins operation; another 100 indirect jobs are anticipated in the timber and related industries.

The project is not without its detractors. Residents living in the nearby Orchards of Pepeekeo objected to the planned biomass operation in their backyard.