There is a new attraction for those looking to indulge some pampering at the famous Courtyard King Kamehameha’s Kona Beach Hotel.

KAILUA-KONA, Hawaii: There is a new attraction for those looking to indulge in some pampering at the famous Courtyard King Kamehameha’s Kona Beach Hotel. In fact, The Spa at Kona Beach Hotel is the only full-service, oceanfront spa in all of Kailua Village, owners say. “It’s where you can be transformed with a pulsating vichy shower, a sea salt scrub and a deep, relaxing massage,” promises a recent media release announcing The Spa’s grand opening, “Or, pamper yourself with an indulgent, full day-island specialty package to rejuvenate and revive from head to toe.”

The Spa celebrated its grand opening on Friday, June 15 with a 5-8 p.m. tour of its European-designed facilities at Courtyard King Kamehameha’s Kona Beach Hotel. Located across from the hotel’s infinity pool, the new 1,650-square-foot spa also provides soothing massages in a private cabana just 10 feet from the ocean. 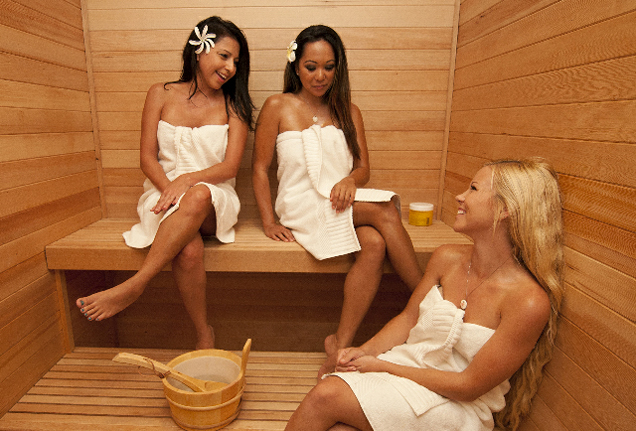 “We are Kailua Village’s only full-service, oceanfront spa,” says owner and Kona resident Mitesh Banthia, BNYS. “With our highly experienced, licensed technicians, state-of-the-art facility and value packages, we will provide an unparalleled Kona spa experience for both residents and visitors.”

Considered a leader in aromatherapy, Decleor “employs a heat distillation process guaranteeing purity and quality,” according to Banthia, an Indian-trained doctor of naturopathic and yogic sciences. Decleor specializes in a concentrate of highly targeted essential oils and plant extracts to provide a decadent experience with scientifically proven results.

In addition, The Spa incorporates the organic products of locally made Hawaiian Rainforest Naturals and the wisdom of HRN’s co-founder, Joy Johnson. A practioner of la‘au lapa‘au, the Hawaiian art of herbal healing, Johnson helped design The Spa’s treatment menu after visiting Kamakahonu Bay. The site was traditionally a place of rest, rejuvenation and religious ceremony for Hawaiian royalty, including King Kamehameha the Great, and inspired the spa’s exclusive Golden Ko‘ele Shell massage.

Yoga enthusiasts can enjoy a personalized session at The Spa and in the works is an adjacent 850-square-foot yoga facility that will schedule classes and tailor-made sessions. Banthia says The Yoga Studio at Kona Beach Hotel will be available for yoga therapists in the community to offer meditative sessions. The Spa will sell organic yoga accessories and clothing by Yoganics.