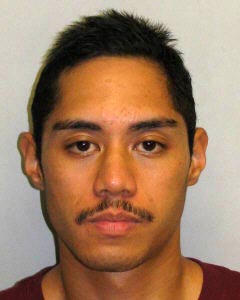 Police say a 64-year-old Hilo woman found Napihaa alone in her home Kinoʻole Street home on June 6th. Police say the suspect fled the house with more than $3,000 in property belonging to the victim.

Police charged Napihaa with with one count of first-degree burglary and one count of second-degree theft. His bail was set at $35,000. He is being held at the Hilo police cellblock pending his initial court appearance scheduled for July 19.

Police also say they are comparing the incident to recent unsolved burglaries reported in the South Hilo and Puna districts, looking for similarities.