One of the big primary races on Hawaii Island is for a seat never before held by a Big Island candidate… the new forth Senate Seat, created by the recent, and litigious, reapportionment process.

The 4th district covers a huge area on the north side of the island. The same senator that represents Pepeekeo on the Hamakua Coast will also represent some neighborhoods in North Kona. Thats a lot of ground to cover. But these three candidates are up for the task.

The incumbent, Senator Malama Solomon, was appointed to the 1st district senate seat by Governor Neil Abercrombie in 2010. Now, with the redrawn lines, the first senate district shifts south, as the Big Island’s growing population gets a forth senate seat… a result of Senator Solomon’s legal challenge to the Oahu-centric commission’s initial decision to keep Hawaii Island relegated to only three senate seats.

She introduced herself to crowd at a forum in Kohala this Saturday.

Challenging Solomom is another longtime state legislator, Lorraine Rodero Inouye. The South Hilo resident served as Senator from 1998 to 2008.

Wile Solomon and Inouye are both democrats, there is also a Green Party candidate on the ballot.

Greenwell knows how to shake things up in government… as councilman, many of the resolutions he introduced riled hours of public testimony – for and against – like the time he brought forward a resolution urging the state to legalize all drugs.

On Saturday, one of the differences to emerge amongst the candidates was on the matter GMO, genetically modifier organisms …. many traditional farmers in North Kohala oppose the growing of GMO crops on the island.

The three candidates were also asked about how they could help make state government more open to the public. 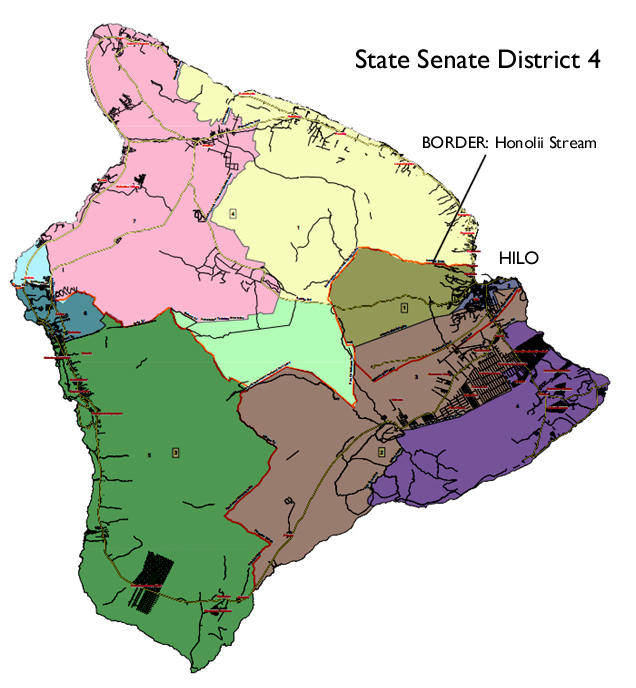