This video is part of an Election Wrap Special by Big Island Video News, video by David Corrigan, Voice of Stephanie Salazar HILO, Hawaii: Gil Kahele will continue to serve the island as a state senator. He defeated Donald Ikeda by a two thousand vote margin on primary election night to win the new first […]

This video is part of an Election Wrap Special by Big Island Video News, video by David Corrigan, Voice of Stephanie Salazar

HILO, Hawaii: Gil Kahele will continue to serve the island as a state senator.

Kahele said that despite the desire to win, both men ran a clean campaign. We spent some time at the Kahele headquarters on Saturday, where things were still a bit tense early on, despite the promising first set of results.

We were with Ikeda when the second prinout came down. That was the moment Ikeda realized the deficit would be too great to overcome.

Ikeda said he was disappointed in the amount of money spent on the race, and the support that was given to Kahele by some of his fellow party members.

No longer on the council and with no hopes for the state senate this term, Ikeda told us what’s next for the long serving Hilo politician?

The owner of Hawaii’s Island Naturals stores, Ruderman has big plans for Puna and Ka’u.

A Herkes speech rarely disapoints, and this may be one of his last in pursuit of public office.

Not to be outdone that night, Wendell Ka’ehu’ae’a… who managed a third place finish in the field of four candidates…

Josh Green sails into the general election, where he will face Republican primary victor Jeff LaFrance for the third district senate seat.

And a photo finish in the Big Island’s new 4th district Senate Seat race: It looks like Senator Malama Solomon will return to Honolulu, inching out Lorraine Rodero Inouye by a mere 69 votes. Inouye has suggested that she may challenge the outcome of the election, based in part on the election day confusion at some Kona polling places. Kelly Greenwell, running unopposed as a Green Party candidate, garnered 21 votes. 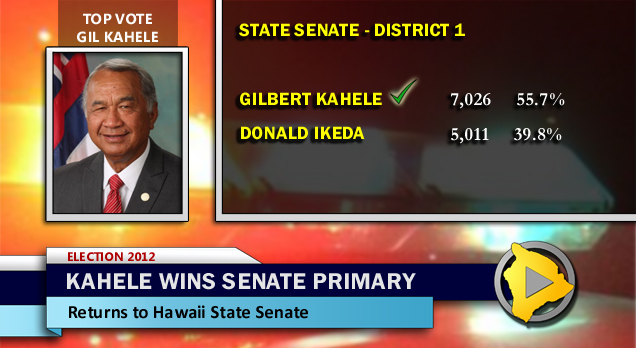 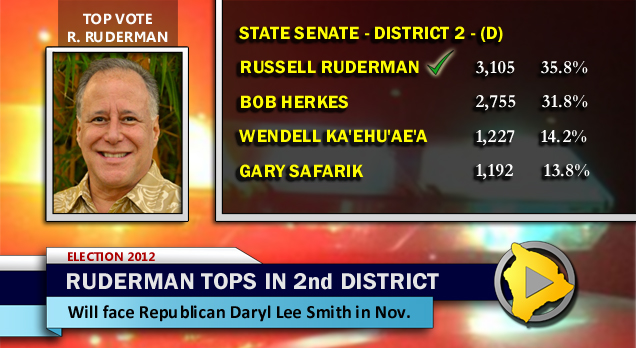 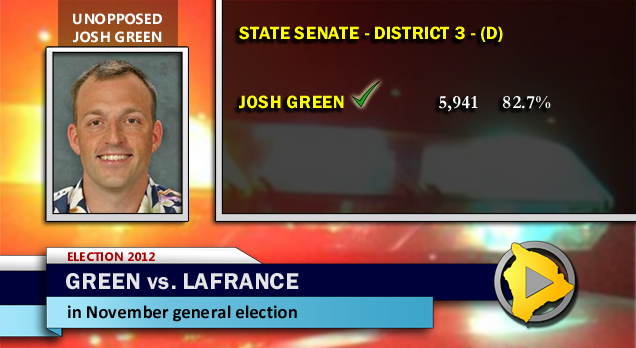 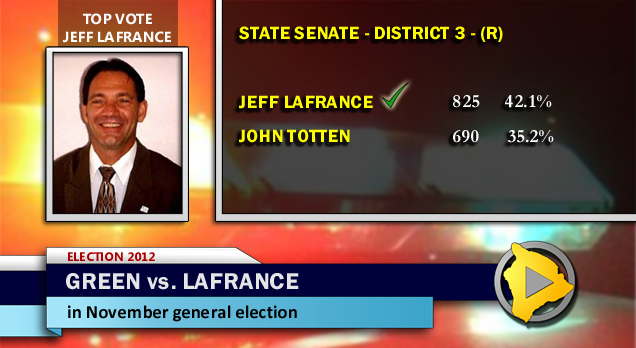 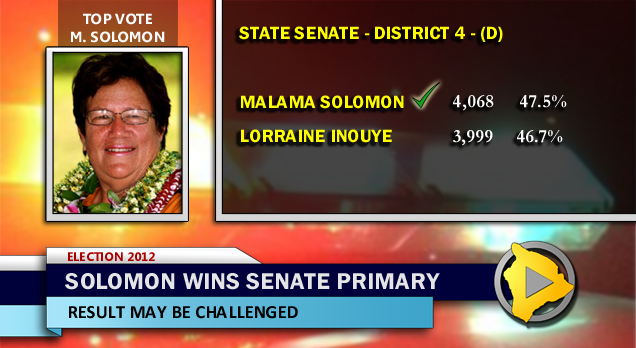