Media release from the University of Hawaii Interior Secretary Ken Salazar has anounced the nationwide funding of more than $10 million in research to guide resource managers to plan effectively for the adaptation of species and ecosystems in a changing climate. A total of 69 projects will be undertaken by teams of scientists associated with […]

Media release from the University of Hawaii 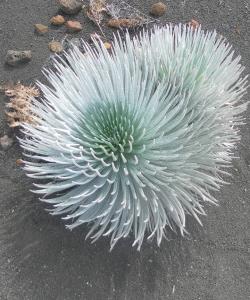 Interior Secretary Ken Salazar has anounced the nationwide funding of more than $10 million in research to guide resource managers to plan effectively for the adaptation of species and ecosystems in a changing climate. A total of 69 projects will be undertaken by teams of scientists associated with the Interior Department’s 8 regional Climate Science Centers.

The Climate Science Centers were recently initiated by the Department of Interior’s U.S. Geological Survey (USGS) as joint projects hosted by university partners. The regional Centers also involve contributions from other partners such as the National Oceanic and Atmospheric Administration, the U.S. Forest Service and Indian tribes.

“The Interior’s Climate Science Centers are off and running to meet the needs of those who must safeguard our precious natural resources as the climate changes. These projects demonstrate a powerful and growing partnership between USGS scientists and their academic and agency science colleagues,” said Secretary Salazar.

Five of the 69 funded projects are for the Pacific Island Climate Science Center, which was established earlier this year as a partnership led by the USGS, UH Manoa, UH Hilo and the University of Guam. The Pacific regional partnership grants announced today amount to $1,268,481.

“This is an exciting development for the new Climate Science Center, for UH and for the climate research community in the Pacific region,” said Kevin Hamilton, Director of the Pacific Island Climate Science Center and Professor of Meteorology at UH Manoa. “The new funding will enable projects that will enhance our understanding of how climate change will impact the ecology of Pacific islands over the next several decades. The interdisciplinary nature of the scientific issues we face is illustrated by the fact that the scientists involved in these five projects span UH Hilo, four different schools and colleges at UH Manoa, as well as federal and other mainland partners.”

The five projects funded are:

1. Understanding How Climate Change is Affecting Hawaii’s High-Elevation Ecosystems: An Assessment of the Long-Term Viability of Haleakala Silverswords and Associated Biological Communities, led by Paul D. Krushelnycky, Department of Plant and Environmental Protection Sciences, College of Tropical Agriculture and Human Resources, UH Manoa. It will study the patterns and causes of recent decline in Haleakala silverswords associated with decreasing rainfall, increasing temperature and related climate changes in Hawaii’s high-elevation ecosystems, will collect the demographic and climate data needed to construct a population model for the silversword and make future projections under various climate scenarios, and will conduct seedling drought tolerance experiments to determine methods that lead to restoration.

2.Climate Change Research in Support of Hawaiian Ecosystem Management: An Integrated Approach, led by Oliver Elison Timm, International Pacific Research Center, UH Manoa. It will study how changes in the climate system will affect the frequency and severity of extreme weather events in Hawaii, support studies of the ecological impacts of climate change on native Hawaiian plants and animals, and provide information needed by natural resource managers charged with preserving native biodiversity. With partners at the U.S. Geological Survey (USGS) and UH Hilo, researchers will also assess species and ecosystem responses to possible climate change.

3. 21st Century High-Resolution Climate Projections for Guam and American Samoa, led by Yuqing Wang, International Pacific Research Center, UH Manoa. It will use high-resolution climate models to project anticipated 21st century changes in such things as rainfall, surface temperature and wind in Guam and Tutuila in American Samoa. The project’s results, such as estimates of the change in seasonal climatology and the frequency of extreme weather events, will be available to other researchers.

4. Modeling Climate-Driven Changes to Dominant Vegetation in the Hawaiian Islands, led by Jonathan Price, Department of Geography, UH Hilo. It will examine vulnerabilities of vegetation species, plan restoration efforts and mitigate threats to vegetation on the Hawaiian Islands as climate changes, will use available datasets to generate species-specific models of dominant vegetation composition across the Hawaiian Islands with respect to rainfall, elevation, substrate age, slope, etc., and use data on the growth, reproduction, and dispersion of key plant species to help researchers predict changes to individual species as the climate changes.