by David Corrigan, media courtesy UH News KONA, Hawaii – Today is a big day for higher education in West Hawaii. The long awaited groundbreaking for the Hawaii Community College Pālamanui campus, the new extension of University of Hawaii system that will be built in Kona, took place on Tuesday afternoon (media release below). Governor […] 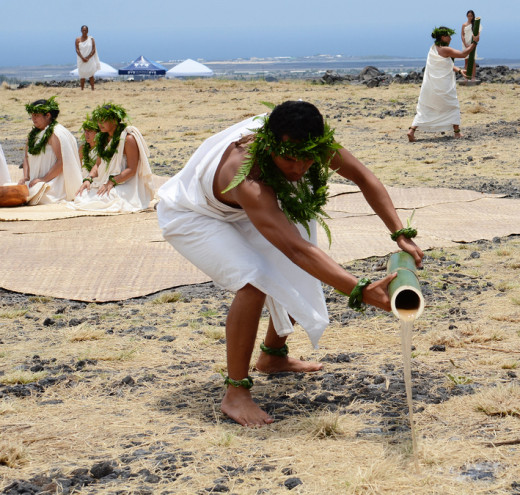 KONA, Hawaii – Today is a big day for higher education in West Hawaii.

The long awaited groundbreaking for the Hawaii Community College Pālamanui campus, the new extension of University of Hawaii system that will be built in Kona, took place on Tuesday afternoon (media release below).

Many times, it seemed like the project was far from guaranteed. But the community persisted in making its desire for the campus known.

In November 2010, University of Hawaii system officials announced that the long envisioned Palamanui campus would become a reality.

Planned for a 8-acre site owned by the University, a lava field located about a mile north of Kona Airport, officials hope to serve about 700 students when the first phase is completed.

The project also plans to have a LEED Platinum designation – which means the complex will employ the most advanced technology to conserve resources.

Driving the project is a public-private partnership, between the university and Palamanui Partners, LLC… Hunt Development Group and Charles R. Schwab.

Under the agreement, the university said it would build a $4.7 million access road to the site, and Palamanui Partners would commit to spending an equal amount toward building the first of two planned phases of the community college project.

The university went ahead with its end of the bargain in March 2011, blessing the site where the new road will go through.

In February 2012, The University received $9.68 million from Palamanui LLC for phase one, part of an overall $20 million so far.. A ceremony was held at the West Hawaii Civic Center.

Local lawmakers like Kona’s county councilwoman Brenda Ford were so excited about the potential for Palamanui, they went to the council with requests for hundreds of millions in capitol improvement money to facilitate ambitious projects that would compliment the future development – like sports facilities and theaters.

The project went out to bid in November 2012 – it would include construction of Palamanui’s Culinary Arts Building and the Health Science and Student Services Building.

But things took a turn for the worse in January, when the lowest bidder, Nan, Inc, who came in at $21 million, withdrew. The next lowest bidder, F&H Construction, was way over what the college could afford. The Palamanui campus was in jeopardy.

The University of Hawaiʻi Board of Regents was able to recommend that bond proceeds be re-purposed for the Pālamanui campus development. Then, officials were able to bring down the bid cost in order to afford the project. 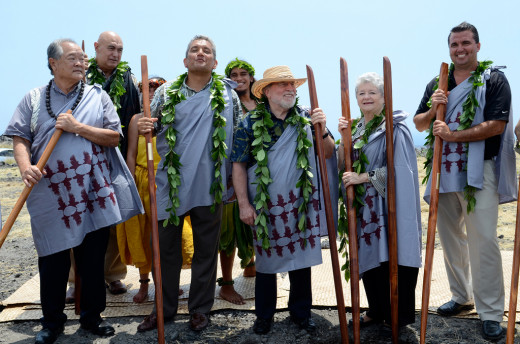 The University of Hawaii issued this media release when the event was finished: