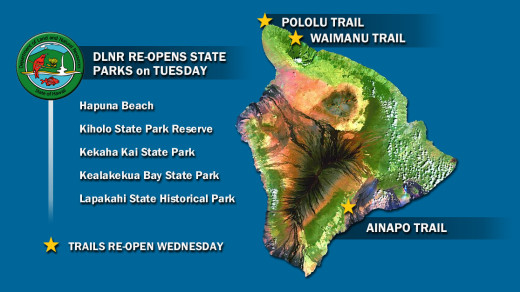 The State Department of Land and Natural Resources says the following parks have reopened Tuesday:

According to the Hawaii Tourism Authority, there have been no reports of damage to any visitor accommodations or other visitor-related facilities.

Storm impacts were minimal in the park. A large koa tree fell across Mauna Loa Road, but was removed, and the road reopened late Tuesday morning. 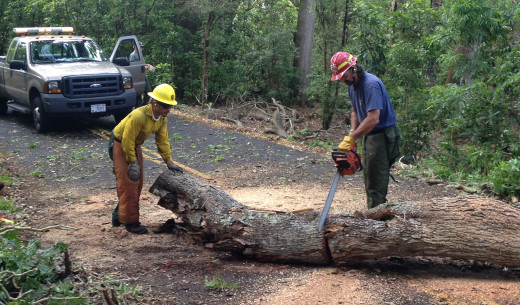 Also, the Hawaii Electric Light Company announced that power has been restored to all customers who experienced power outages caused by Tropical Storm Flossie on July 29, 2013.

Gusty winds caused outages beginning at 10:53 a.m. and continuing through the early evening. About 12,500 customers were affected including customers in lower Puna (Kalapana to Nanawale), upper Puna (Volcano to Kurtistown), Hilo, and Kona (near Kahaluu and Keauhou). Power was restored to the majority of those customers by 5:50 p.m. The remaining 200 customers were restored between 5:50 p.m. yesterday and 2:30 a.m. today.

About 600 customers in the Mauna Lani area were affected by a power outage beginning at 7:09 p.m. last evening caused by an underground cable fault. Power to all customers in Mauna Lani was restored by 10:05 p.m.

Crews are working to restore power to three customers who reported storm-related outages this morning. If you are experiencing a power outage and have not contacted the company, please call 969-6666 for assistance.