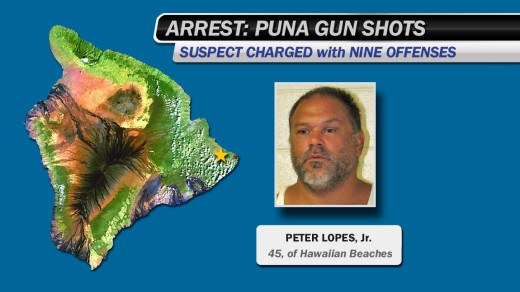 HAWAIIAN BEACHES, Hawaii – One of two Puna men arrested in connection with shots being fired in the Hawaiian Beaches subdivision has been charged with nine offenses.

Police say no one was injured in the shooting.

On Friday, police had more information after announcing the younger Lopes was being charged: