HONOLULU, Hawaii – The Hawaii Health Connector will be transitioned into a state entity and will undergo other dramatic changes if a package of bills manages to pass through the legislature. House representatives Della Au Belatti and Angus McKelvey announced their plans to introduce the legislation, “intended to help the Hawaii Health Connector improve transparency and […] 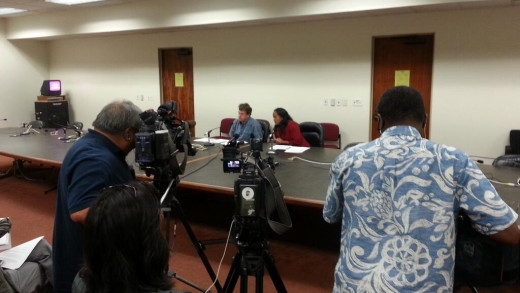 HONOLULU, Hawaii – The Hawaii Health Connector will be transitioned into a state entity and will undergo other dramatic changes if a package of bills manages to pass through the legislature.

House representatives Della Au Belatti and Angus McKelvey announced their plans to introduce the legislation, “intended to help the Hawaii Health Connector improve transparency and reliability and ensure the agencies financial stability, as it faces technical and administrative challenges.”

From a House media release:

Hawaii is one of 14 states to have their own enrollment portal for health insurance coverage under the federal Affordable Care Act, also called Obamacare. The Hawaii Health Connector was established as a non-profit organization in 2011 by the Hawaii State Legislature. However, the connector has suffered from the same lack of confidence that has plagued the launch of the national HeathCare.gov website, and seemed to share in the criticism. In fact, the Hawaii Health Connector was recently declared the “worst state-based exchange in the nation” according to the National Review Online. Other news stories have been equally unforgiving (such as CBS: Hawaii Health Exchange Is No Paradise).

A commonality between the Hawaii and federal exchange is  the CGI Group, the private developer behind the state health connector and same contractor responsible for HealthCare.gov. The executive director of the Hawaii Health Connector, Coral Andrews, resigned in December.

For weeks after its highly publicized (and delayed) launch, the Hawaii Health Connector was fraught with glitches and problems. Users complained they had trouble navigating the site, getting information, or signing up. Once the technical issues were resolved, another concern lingered. Although over $200 million federal dollars were allocated for the Hawaii exchange, only 2,709 individuals have enrolled in a health plan as of January 11. The state had hoped to sign up over 100,000 uninsured residents in the first year or so.

Now, a series of bills being introduced at the state legislature will make some changes.

“It goes without saying that the Connector has had a rough time with their rollout for many reasons,” said Belatti. “But at the end of the day, if it fails, it is the people of Hawaii who will be the losers. There has been plenty of justification for finger pointing and calls for accountability, but now we need to move beyond the criticism and provide constructive recommendations to help right the ship.”

“The Connector was designed to match low-income residents with subsidized health plans under the Affordable Care Act,” said McKelvey. “It has faced technical difficulties as well as administrative ones. The problems cannot be solved by a single silver bullet or by simply saying let’s throw it all out and start fresh. If you do, you’re doomed to repeat the same failures.

In Hawaii, more than 17,000 individuals have applied for health insurance through the Health Connector during the current open enrollment period, which ends March 31, 2014.

“We can all agree that access to quality health care through affordable health insurance plans is a major goal of health care reform today. The Connector plays a critical role in fulfilling that goal,” Belatti said. “Our job in the Legislature is to make sure that the Connector is restructured to provide better transparency and accountability, ensure that the Connector is on a path to sustainability, and connect the work of the Connector to the larger process of healthcare transformation.”Hawaii State House of Representatives media release, Jan. 23, 2014

Here are the bills, with links for tracking:

HB2526 RELATING TO THE HAWAII HEALTH INSURANCE EXCHANGE: Establishes the Hawaii Health Connector as a state entity as of 01/01/2015.

HB2527 RELATING TO HEALTH INSURERS ASSESSMENTS: Establishes a sustainability fee for the Hawaii Health Connector. Deposits the fee into a special subaccount of the Compliance Resolution Fund.

HB2525 RELATING TO INSURANCE RATES: Requires individual health insurance plans and small group plans to establish rates based on community rating without regard to age, sex, health status, tobacco use or occupation.

HB2530 RELATING TO THE HAWAII HEALTH CONNECTOR: Effective July 1, 2014, lowers the number of members on the board of directors of the Hawaii Health Connector to twelve, with a maximum of nine total voting members. Removes members representing insurers and dental benefit providers from the board and requires all but one of the state agency representatives on the board to be ex officio, non-voting members. Establishes procedures for filling vacancies on the board.