HAWAII – Kurtistown resident and activist Jim Albertini is raising issue with a recent decision by the Nuclear Regulatory Commission to allow the U.S. Army to use high explosives in known Depleted Uranium contaminated areas, even though the NRC has said it has not completed it’s review of the Army’s air monitoring plan. “The residents and visitors on […] 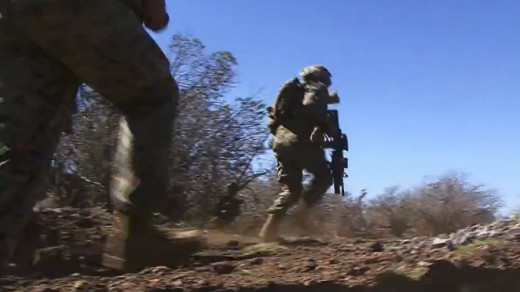 HAWAII – Kurtistown resident and activist Jim Albertini is raising issue with a recent decision by the Nuclear Regulatory Commission to allow the U.S. Army to use high explosives in known Depleted Uranium contaminated areas, even though the NRC has said it has not completed it’s review of the Army’s air monitoring plan.

“The residents and visitors on Oahu are being used as lab rats for continued military experiments,” said Albertini in a media release.  “The U.S. military is the greatest polluter the world has ever known and the so called regulators like the NRC, instead of regulating, are complicit in this pollution and disregard for the health and safety of the people the military and NRC are charged with protecting.”

Albertini’s statement follows a message from an NRC representative regarding the latest news in the Army’s application for a license to possess depleted uranium (DU) which was already used at two sites in Hawaii: Pohakuloa Training Area on Hawaii Island and Schofield Barracks on Oahu. DU “spotting rounds” were used with Davy Crockett weapons systems in the 1960s to assist with targeting accuracy. Decades later, the public learned about the training with depleted uranium, and concerns grew over the effects on health and the environment. Meanwhile, the NRC started the process to allow the Army to possess the DU, after the fact. A long series of hearings and teleconference calls culminated in the decision to grant the Army the license. The license comes with conditions that restrict certain Army activities and require that the Army perform air and plant sampling.

In an email on January 13, 2014, I let you know that the Army had submitted the air sampling plan. In the cover letter to the plan the Army requested that NRC staff provide its review in order to allow the Army to conduct the air sampling during a training exercise involving firing of high explosives into the Radiation Control Area at the Schofield Barracks scheduled for February 4-11, 2014.

NRC has not yet completed its review of the air sampling plan. However, we have informed the Army that we do not object to their conducting the live fire exercise and air sampling because we do not believe it poses a threat to the public health and safety and the Army will be monitoring the air on the Radiation Control Area. However, we informed that Army that if we do not ultimately approve the plan they may need to do more sampling at a later date.Nick Orlando of the NRC in an email on Feb. 3, 2014

This is more NRC and Army Shibai! Neither the NRC nor the Army knows how much DU is located on Schofield, PTA and other firing ranges, and the NRC has not yet completed its review of the Army’s air sampling plan. But the NRC does not object to Hawaii residents being used as lab rats by giving the OK for the Army to fire more high explosives into known DU contaminated areas to spread the DU around further. Mr. Orlando, you, and all NRC and Army officials complicit in this endeavor, should be charged as criminals and brought before an international Nuremberg war crimes tribunal and tried for crimes against humanity. The world is in the terrible shape it is with toxic pollution, climate change, etc. because like you, humanity has not followed the precautionary principle.

I protest your actions. I have zero confidence in the NRC and the Army to act in the interest of the health and safety of the people of Hawaii.Jim Albertini in an email on Feb. 3, 2014

Albertini – a self described peace activist known on Hawaii Island for his opposition to military expansion and occupation – said in a later media release, “Two Hilo High School students were just arrested for suspected terroristic threatening for setting off a small plastic bottle explosive device, but the Army can bomb known DU contaminated areas with high explosives that risk spreading the contamination around the island and that’s OK?”

Orlando says NRC staff will be present at the Schofield Barracks installation during the February 4-11 exercise. He says the staff’s report will be made publican available when it is completed.