HONOLULU, Hawaii – Today the National Football League announced that the next Pro Bowl will be played in Arizona, while Hawaii officials are focusing on the return on the 2016 event to Aloha Stadium. The move deals a blow to Hawaii tourism efforts. Governor Neil Abercrombie released the following statement: While we would like to […] 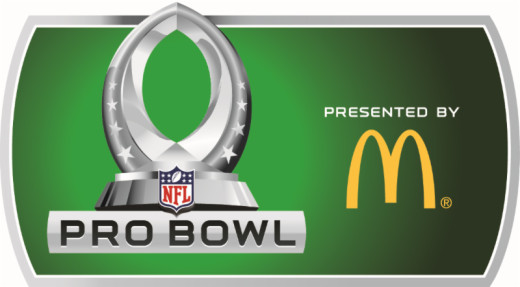 HONOLULU, Hawaii – Today the National Football League announced that the next Pro Bowl will be played in Arizona, while Hawaii officials are focusing on the return on the 2016 event to Aloha Stadium.

While we would like to have had the Pro Bowl in Hawaii in 2015, the return of the Pro Bowl in 2016 provides the state with an opportunity to showcase our islands unique culture and beauty.

“Our state stands ready to create another memorable experience for the world’s best football players, their families and the fans.”Governor Neil Abercrombie

Tourism officials suggest the loss of the NFL event could boost other tourism efforts in the short term. The Hawaii Tourism Authority explained in a media release:

The HTA plans to reprioritize the funds that would have supported the 2015 NFL Pro Bowl to pay for the 2016 and 2017 games and to assist with other initiatives that will help diversify our tourism economy which includes intensifying our efforts in Asia and the meetings, conventions and incentives (MCI) market, two areas that have been gaining momentum for the state.Mike McCartney, President and CEO of HTA

The National Football League announced today locations and dates for the next two Pro Bowls.

The Pro Bowl following the 2014 season will be played on Sunday, January 25, 2015 and televised live on ESPN at 8 PM ET from University of Phoenix Stadium in Arizona, the site of Super Bowl XLIX a week later on Sunday, February 1. The Arizona Cardinals and Arizona Super Bowl Host Committee will host the Pro Bowl and surrounding activities.

The Pro Bowl following the 2015 season will be played on Sunday, January 31, 2016 and televised live on ESPN from Aloha Stadium in Hawaii, which first hosted the NFL’s All-Star game in 1980. San Francisco will host Super Bowl L the following Sunday.

The NFL has an agreement with the State of Hawaii to play the Pro Bowl at Aloha Stadium following the 2016 season but final confirmation of the game will be made at a later date.

Watched by 11.4 million viewers in 2014, the Pro Bowl, presented by McDonald’s, has been the most-watched all-star game in all of sports the past four years.

The 2015 Pro Bowl will be the sixth consecutive game played prior to the Super Bowl.

The 2014 Pro Bowl featured a significantly revised format that will continue. For the first time, the Pro Bowl was “unconferenced,” and several key playing rules were changed. Rather than the familiar AFC vs. NFC match-up that had existed since 1971, players were selected without regard to conference in voting by fans, coaches and players.