KOHALA COAST, HAWAI‘I ISLAND – The upcoming Big Island Chocolate Festival is touting a slew of celebrities, and music from local favorites Girls Night Out! band, in this media release from Fern Gavelek Communications.

“Mr. Chocolate” Jacques Torres of New York City headlines a slew of chocolate and cacao celebrities appearing at this year’s Big Island Chocolate Festival gala. Time is 6-10 p.m., Saturday, May 3 at The Fairmont Orchid, Hawai‘i. Adding to the star power is Yisa Var and the Girls Nite Out! band.

The 6-10 p.m. gala features the creation of a chocolate sculpture using 40 pounds of chocolate—bring your camera—chocolate body painting, fine wines, chocolate-infused beer and the debut of a tasty new Bacardi Mango Fusion cocktail.

Back by popular demand, Chef Donald Wressell of Guittard chocolates returns to the festival to create a decadent, multi-colored sculpture. He recently made the news when he fashioned a massive chocolate cake to serve 15,000 revelers at the centennial celebration of Rodeo Drive. A Washington resident, Wressell was named Pastry Chef of the Year at the 2005 National Pastry Team Championships.

Food Network star Torres leads a stable of off-island chefs who will judge the evening’s culinary creations and also give pre-gala seminars May 2-3. Attendees can also vote for the People’s Choice Award from a host of categories including mouth-watering bonbons.

Torres, who became the youngest pastry chef to earn the prestigious Best Craftsman in France medal for pastry, is the first artisan chocolatier to make his own chocolate starting from cocoa beans. Joining him is celebrity judge Vincent Bourdin of Singapore, a regional chef at Valrhona Chocolate and president of the Asia Pacific Pastry Cup Board. He is co-author of “Cooking with Chocolate,” which has been translated into five languages. Judging bean to bar “tastes” is cacao and chocolate tasting advisor Ed Seguine of Pennsylvania who has 30 years experience working with farmers and companies in developing cacaos.

Girls Nite Out! is a diverse dance band hailing from East Hawai‘i that performs rock, blues, disco, pop, R&B, Hawaiian and country music. Drummer Will Divine founded the group in 2000 with guitarist Wesley Matsuda and offers a variety of guitar, synth and keyboard sounds. The lead vocalist is local performer, actor and morning radio show personality Yisa Var. Adding to the vocal section is Sherry Fox, best known for her appearance on TV’s “Your Big Break,” and Jeff Enriques, who also plays bass. Joining Girls Nite Out! is a talented horn section with Moon Brown on saxophone and Jr. Volcano Choy on trumpet. Choy has performed with the likes of Al Jarreau, George Benson and Nancy Wilson.

In addition, a silent auction benefits the $150,000 “Equip the Kitchen” campaign for the future Hawai‘i Community College-Palamanui and the Waldorf-inspired Kona Pacific Public Charter School in Kealakekua. The third annual festival is presented by the Kona Cacao Association, Inc.

Pre-sale gala tickets are $75 and $100 at the door. New this year is the VIP Fast Wine Pass with early event admission and personalized wine service. Seminar details and tickets for all activities are available online at www.bigislandchocolatefestival.com. Questions? Phone 808-324-6100.

Also available is an inclusive Chocolate Lovers package that features a two-night’s stay at The Fairmont Orchid, Hawai‘i, plus all festival activities at the ocean-side Four Diamond resort; contact info@BigIslandChocolateFestival.com. Attendees who want to stay at the resort during the festival can get a discounted room rate of $269 per night including daily breakfast for two and can book direct with the hotel at 808-885-2000 or 800-845-9905 and mention “Big Island Chocolate Festival.” 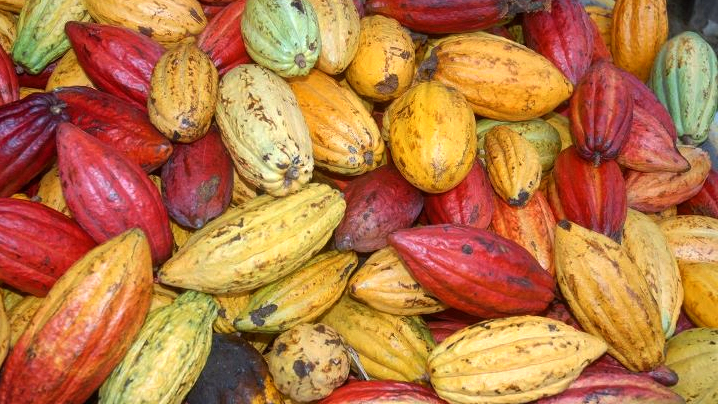 The mission and goal of KCA is to promote the cacao industry on the Big Island of Hawai‘i by presenting BICF as an educational and outreach opportunity for local cacao farmers, the hospitality industry and cacao enthusiasts. For information, visit www.bigislandchocolatefestival.com.