HAWAII – The world’s largest conservation event is heading to the Aloha State in 2016. The International Union for Conservation of Nature (IUCN) Council has selected Hawaii as the host of the 2016 IUCN World Conservation Congress.

The Congress is held every four years and “brings together leaders from government, the public sector, non-governmental organizations, business, UN agencies and indigenous and grass-roots organizations to discuss and decide on solutions to the world’s most pressing environment and development challenges”, the organization says.

“After a robust evaluation process and careful consideration of the two exceptional proposals received from Hawaii and Turkey, we are extremely pleased to announce Hawaii as the host of the next IUCN World Conservation Congress,” said Julia Marton-Lefèvre, IUCN Director General, in the official media release. “I have every confidence that Hawaii, with its outstanding facilities, rich biological diversity, vibrant indigenous culture, ‘Aloha spirit’ and strong commitment to conservation and sustainable development, will provide an outstanding setting for our 2016 Congress.”

“I am delighted by this decision and thank both Turkey and the State of Hawaii in the United States for their excellent and enthusiastic proposals,” said IUCN President Xinsheng Zhang. “This decision is a great first step towards what I am confident will be a milestone in the world conservation agenda.”

Hawaii lobbied extensively for the opportunity to host. The Department of Land and Natural Resources took the lead. A four-person delegation representing the IUCN came to Hawaii in February. Site visits included a stop at Hawaii Volcanoes National Park and the Kilauea volcano. 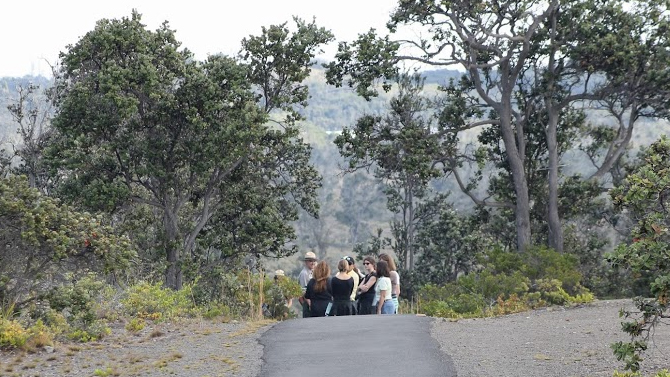 “We are elated IUCN selected Hawaii as the ideal venue to host its 2016 World Conservation Congress,” said Hawaii Governor Neil Abercrombie in the IUCN news release. “The conference will allow the Aloha State to highlight its conservation efforts to the rest of the world and demonstrate leadership in addressing global environmental and development challenges.” The governor plans to hold a press conference on the announcement today at 10 a.m. HST.

The Hawai‘i-hosted event will be the first time the congress is held in the United States since the founding of IUCN in 1948. As many as 8,000 delegates are expected to attend the 2016 meeting.

The proposal received broad support, including from US President Barack Obama, who wrote in a letter addressed to IUCN: “The United States would be honored to host the World Conservation Congress for the first time in the over-60 year history of the IUCN. As someone who grew up in Hawaii, I know the warmth and hospitality of the Hawaiian people will make a lasting impression on the delegates to the Congress.”

“The World Conservation Congress coming to Hawai‘i is a big deal and will benefit our local economy. This is the first time the United States is hosting this important meeting of world leaders and it is an honor for Hawai‘i,” said Senator Schatz in the release. “Since hosting APEC in 2011, we continue to show that our state is an ideal host for high-level international forums. Hawai‘i is the perfect location for the United States to welcome global leaders to work towards solving some of the world’s greatest conservation and energy security challenges.”

UPDATE: Governor Neil Abercrombie held a press conference to talk about the big news on Wednesday. The video stream ws uploaded to YouTube.

“This is both an honor and opportunity for us to show the entire conservation community, the world over, how Hawaii has adopted a leadership role in preserving and protecting resources, developing sustainability programs on multiple-fronts, and addressing many of the issues associated with global climate change,” Gov. Abercrombie said. “The IUCN World Conservation Congress is the largest and most prestigious of all gatherings of the conservation community. Hawaii was widely recognized as an ideal venue, including a strong expression of support from President Obama. We look forward to welcoming as many as 8,000 delegates to Hawaii in 2016.”

In February 2014, a four-person delegation from IUCN visited Hawaii for one week. The delegation toured natural and cultural sites on three islands (Hawaii Island, Oahu, and Kauai) and held meetings with government, non-government organizations, non-profit and private industry representatives who will be involved in the planning and execution of the 2016 gathering. The State of Hawaii Department of Land and Natural Resources (DLNR) will continue to lead a multi-agency, private-public sector team up to and through the 2016 World Conservation Congress.

“Hawaii’s unique culture, location and environment are the perfect attributes for this worldwide conference,” explained William J. Aila, Jr., chairperson of DLNR. “We have a lot to offer in how we manage our limited resources and integrate indigenous knowledge and practices in our changing world.”

Chipper Wichman, director and CEO of the National Tropical Botanical Garden and co-chair of the Hawaii IUCN 2016 Steering Committee said: “This is a massive undertaking that will require the kokua (cooperation) of dozens of organizations and hundreds of people, from those in the travel and hospitality industry, to convention planners, and of course the members of the public-private planning team. We are up to the challenge and eagerly look forward to showing representatives from more than 160 nations what Hawaii has to offer in terms of conservation leadership, sustainability initiatives, and addressing of critical issues surrounding global climate change.”

IUCN World Conservation Congress’ has two main parts. The Forum is a hub of public debate bringing together people from all walks of life to discuss the world’s most pressing conservation issues. There will be many types of events, which will enable participants to explore the depths of conservation and innovation. The Members’ Assembly is IUCN’s highest decision-making body. A unique global environmental parliament, it involves governments and NGOs (non-government organizations) – large and small, national and international – making joint decisions.Gov. Neil Abercrombie

“From the beginning of this process, we believed that Hawai’i’s pristine environment, first-class meetings facilities anchored by the Hawai’i Convention Center, truly committed hospitality industry and unique sense of place were a perfect match for a convention of this magnitude. We are absolutely thrilled and proud to be the first United States location to host the world’s leading summit on the environment since its founding in 1948.

Hawai’i’s selection further validates our position as an ideal location for high-level meetings and the cross-pollination of groundbreaking, world-changing vision and ideas. Their confidence in our ability to host a global conference of this scale is no doubt bolstered by our reputation for successfully handling other conventions of this scope and importance.

It was truly a team effort to win this bid with tremendous support from the U.S. Department of State, our Governor and Lt. Governor’s offices, Chipper Wichman of the National Tropical Botanical Garden, Randy Tanaka and June Matsumoto of the IUCN Hawai’i Steering Committee, the Hawai’i Convention Center, as well as the Meet Hawai’i team and HTA staff involved. Everyone should be very proud of their contributions over the past couple years to secure the World Conservation Congress for Hawai’i.

The economic impact is estimated at $37.7 million in visitor spending and $3.6 million in tax revenue.

We look forward to welcoming the anticipated 8,000 delegates in September 2016. The Hawaiian Islands are a place of great diversity – from nature to our people – and I believe they will find it most inspiring and productive to meet in the Aloha State.”Brian Lynx, HTA

Senator Malama Solomon – who this past session put forth a certificate supporting Hawaii’s bid to host the 2016 World Conservation Congress – had the following statement:

“We’ve been waiting with anticipation for the announcement of the next host of the 2016 World Conservation Congress and I am elated that Hawaii has been selected. The Congress, since its inception in 1948, has never come to the United States, and it’s with great pride and Aloha that our state welcome its delegates in 2016.

“Hawaii is the ideal location for the gathering of the minds from across the world to discuss global environment issues and priorities as they relate to conservation programs and activities, government and the economy.

“Because of our unique and fragile ecosystem, Hawaii is vulnerable to the world’s most pressing environment issues, such as effects of climate change and invasive species. This event will put Hawaii center stage of the global conservation conversation and provide a forum for our business, government, and social leaders to share and gather ideas with others from around the world to help improve how we manage our natural resources.”Sen. Malama Solomon

Lt. Gov. Shan Tsutsui, who met with the IUCN delegation when it visited Hawaii in February, had the following remarks:

“The State of Hawaii is an ideal host for the 2016 IUCN World Conservation Congress because of our unique location, cultural values, and proven leadership in sustainability and preservation of our natural resources. This event would provide an opportunity for us to share with world leaders our commitment. It will also provide a boost to the local economy, with an economic impact estimated at $37.7 million in visitor spending and $3.6 million in tax revenue.

I look forward to lending my full support in making this prestigious meeting a success and welcoming all the delegates to our great state.”Lt. Gov. Shan Tsutsui