The long debate over increasing Hawaii's minimum wage culminated in the official signing of Act 82 today. 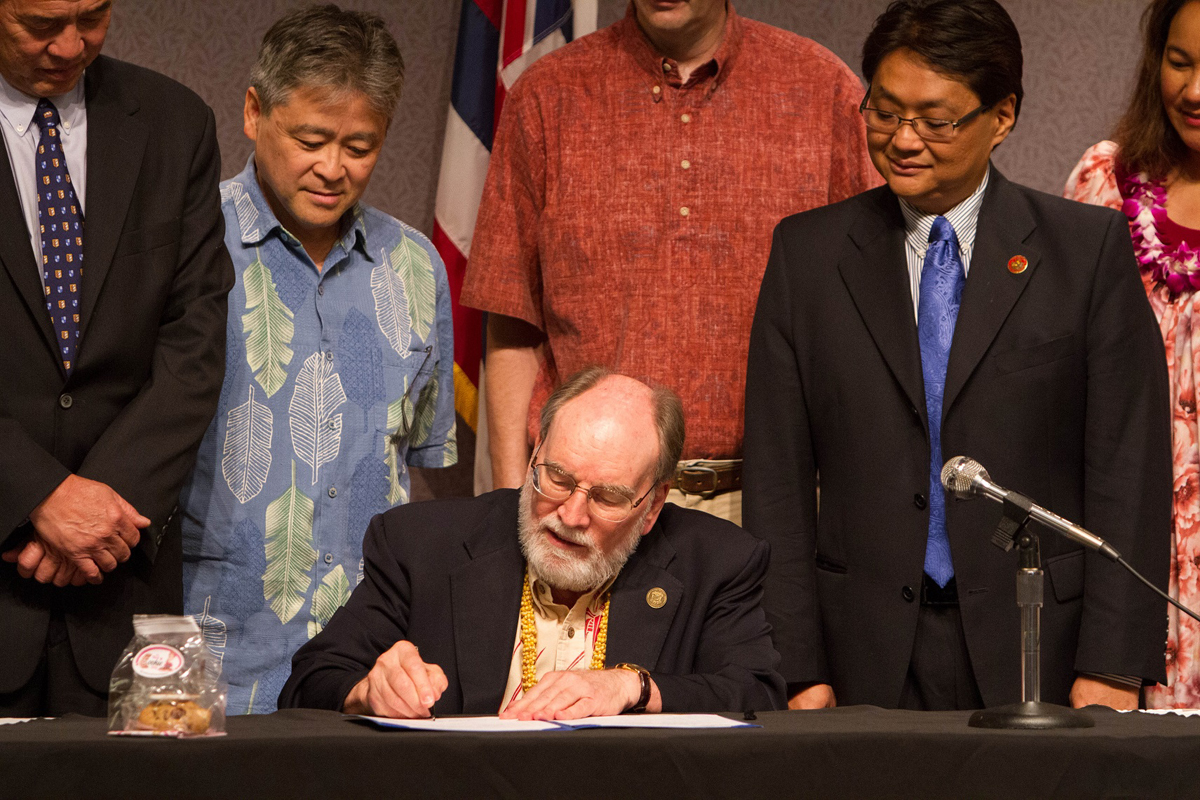 The state of Hawaii issued this media release following the ceremony at the State Capitol:

HONOLULU – Gov. Neil Abercrombie today signed Senate Bill 2609 (Act 82), a measure that incrementally increases the state’s minimum wage rate over the next four years and the tip credit over the next two years.

“A hardworking sector of our community has gone seven years without a raise,” Gov. Abercrombie said. “This legislation will raise Hawaii’s minimum wage from $7.25 to $10.10 an hour, providing our lowest paid workers with the economic stability and security they deserve.”

President Barack Obama said, “I applaud Governor Abercrombie and the Hawaii Legislature for increasing their state’s minimum wage. Their actions will help to ensure that hardworking people of Hawaii receive the raise all Americans deserve.”

“Too many Americans, despite working full time, are falling behind and living in poverty,” said Secretary of Labor Thomas E. Perez. “Hawaii has taken a step in the right direction to change that by giving workers at the bottom of the income ladder a much-needed boost so that they can better afford the basics like rent and food for their families. And businesses will benefit, too, as that extra income is spent locally on goods and services, ultimately strengthening the bottom line.”

“The last four times the minimum wage was increased, the number of businesses went up by an average of 2.4 percent and the number of jobs increased an average of 2.1 percent 12 months later,” state Department of Labor and Industrial Relations Director Dwight Takamine said. “Minimum wage increases boost consumer demand and generate economic activity as workers spend more.”