Police have charged the man arrested in connection with a shooting Thursday evening in South Kona.

Hawaiʻi Island police have charged the man arrested in connection with a shooting Thursday evening in South Kona.

Monte Moreau, 44, of Hōnaunau was charged Saturday (July 5) with attempted second-degree murder. His bail was set at $100,000. He remains at the Kona police cellblock pending his initial court appearance scheduled for Monday (July 7).

At a house being rented to several tenants, police found a 52-year-old resident with a gunshot wound to his abdomen. Fire/rescue personnel took him to Kona Community Hospital. He remains at the hospital in critical condition.

Police arrested Moreau at the scene. On Friday (July 4) detectives from the Area II Criminal Investigations Section executed a search warrant at the home and recovered a handgun. 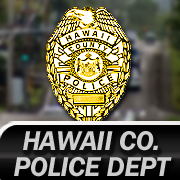