A loud, four-legged robot that was recently seen chugging through the fields of the Kahuku Training Area on Oahu is getting worldwide attention.

In the video above, Las Vegas native Lance Cpl. Brandon Dieckmann, infantryman with India Company, 3rd Battalion, 3rd Marine Regiment, leads the Legged Squad Support System (LS3) through a grassy area at Kahuku Training Area on July 12, 2014, during the Rim of the Pacific 2014 exercise. The military says LS3 is experimental technology being tested by the Marine Corps Warfighting Lab during the Advanced Warfighting Experiment portion of RIMPAC. It is programmed to follow an operator through terrain, carrying heavy loads like water and food to Marines training. There are multiple technologies being tested during RIMPAC, the largest maritime exercise in the Pacific region.

KAHUKU TRAINING AREA, Hawaii — A loud, four-legged robot that was recently seen chugging through the fields of the Kahuku Training Area on Oahu is getting worldwide attention. Military video of the machine has gone viral in recent days. 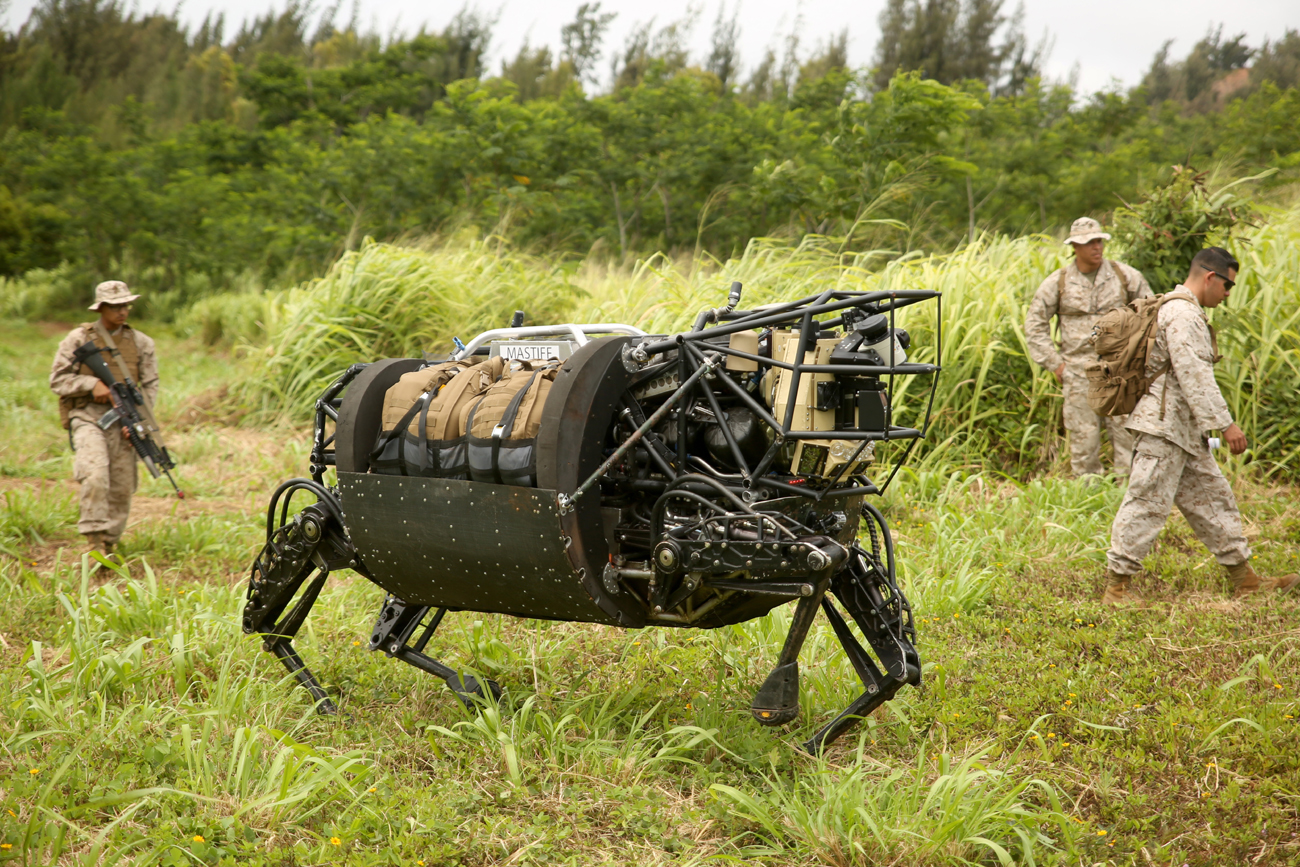 The Legged Squad Support System has taken five years in concept developed by Boston Dynamics and $2 million to create. It is now being thrown into the heart of Kahuku Training Area – completely controlled and field tested by five young Marines from India Company, 3rd Battalion, 3rd Marine Regiment.

The LS3 is a robotic mule, capable of traversing rugged terrain with Marines while carrying much of their load. It is programmed to follow an operator and detect large terrain objects to maneuver around.

The testing for the LS3 is being observed by the Marine Corps Warfighting Lab during the Advanced Warfighting Experiment as part of Rim of the Pacific 2014, a military multilateral training event featuring 22 nations and roughly 25,000 people.Sgt. Sarah Dietz & Cpl. Matthew Callahan (U.S. Marine Corps Forces, Pacific)

Getting almost as much attention is Lance Cpl. Brandon Dieckmann, infantryman with India Company, 3rd Battalion, 3rd Marine Regiment, who has been leading the mechanical beast around by remote control. He said he remembers watching clips of the LS3 on Youtube before he joined the infantry, but he never would have guessed he would be chosen to operate the machine. It was “probably because I wear glasses”, he joked.

I’d say 70 to 80 percent of the terrain we go through, (the LS3) can go through. There are times when it is going to fall over, but most of the time it can self-right and get back up on its own. Even if it doesn’t, it can take one person to roll it back over. The way it is designed is that you can easily roll it back over.

It would pretty crazy to see a later version of it 15-20 years down the line and be able to say I was one of the first groups that tested it and brought it to the field on one of the bigger training exercises. It’s pretty surreal.”Lance Cpl. Brandon Dieckmann 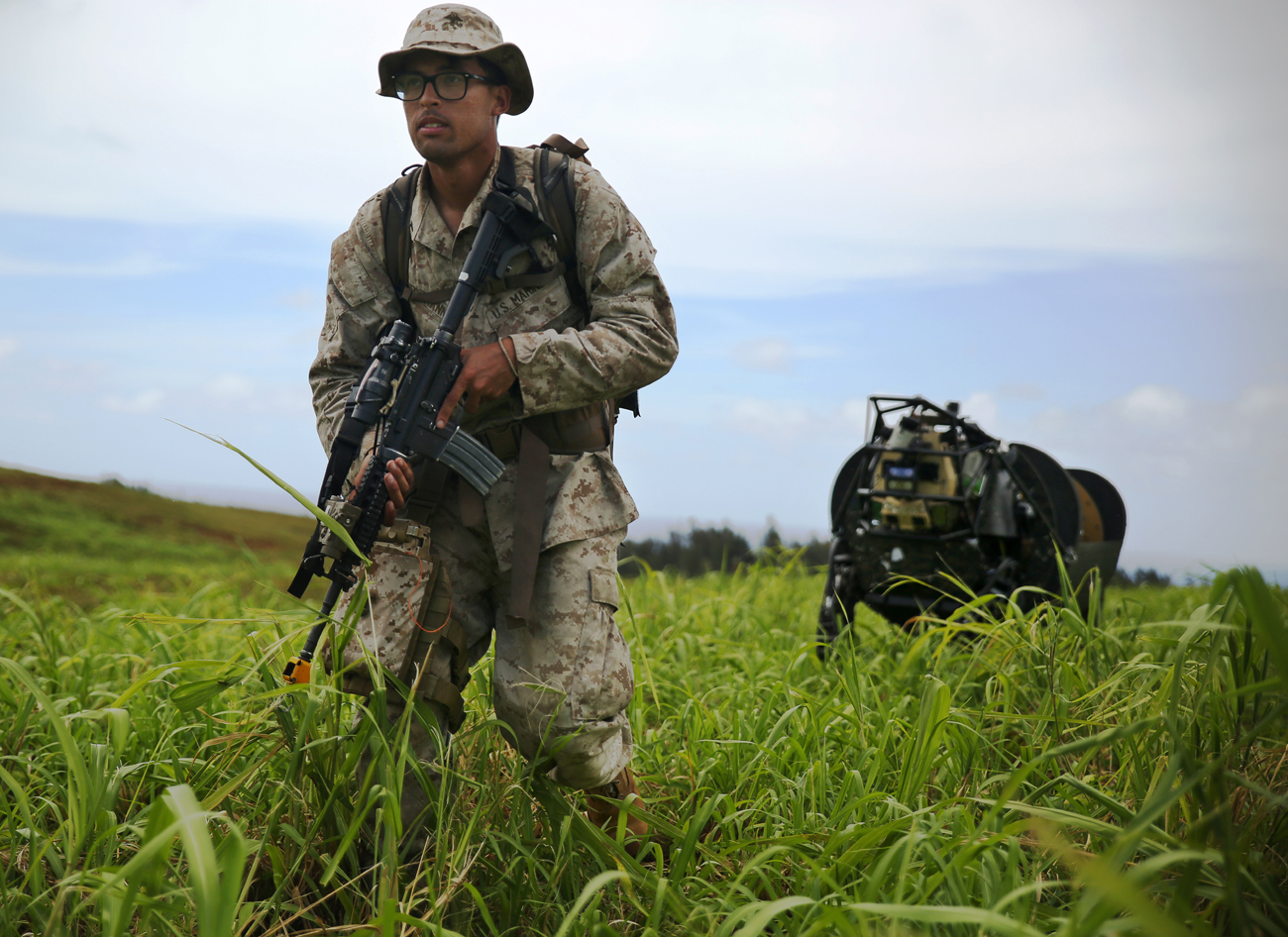 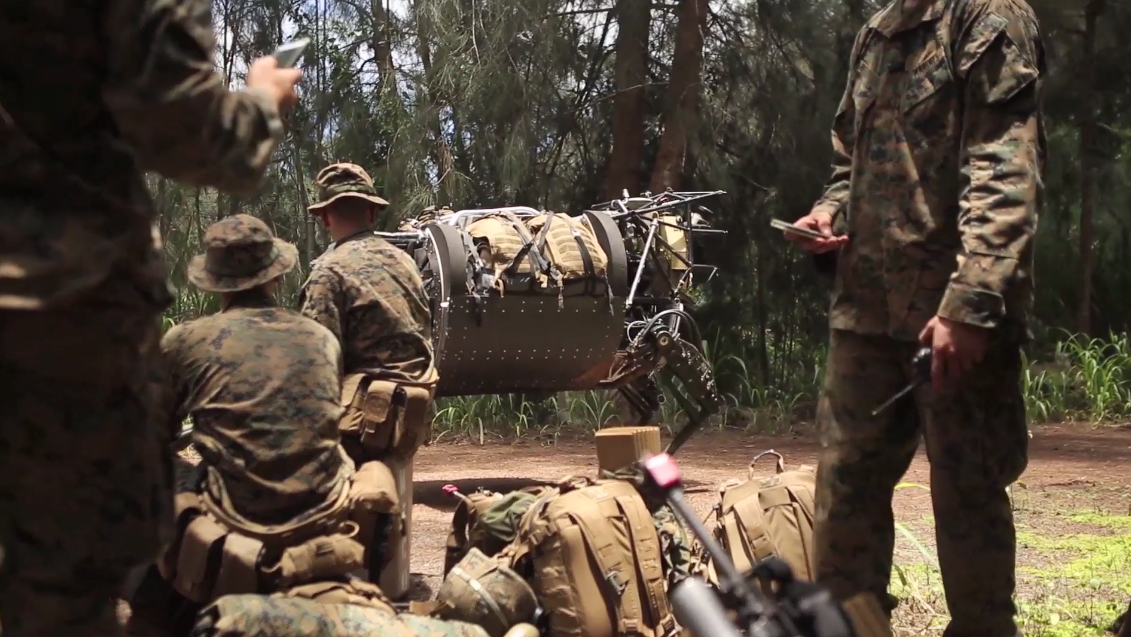 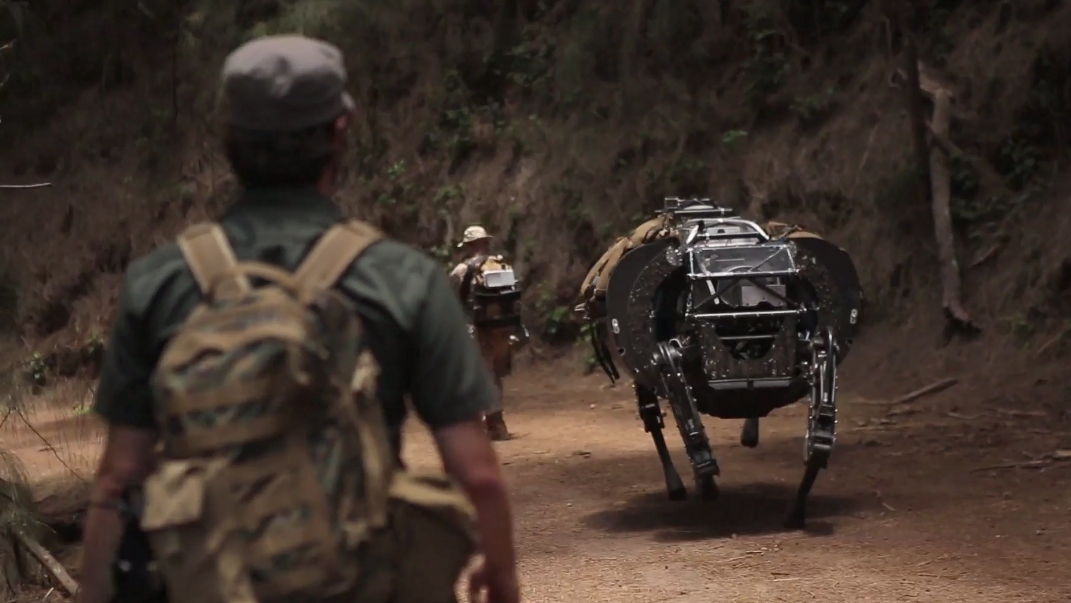