The TMT International Observatory Board of Directors decided that the initial phase of construction will begin in a few months.

(above) An artist concept of the Thirty Meter Telescope at night, with the laser guide star system illuminated. The TMT International Observatory Board of Directors decided that the initial phase of construction will begin in a few months.

MAUNA KEA, Hawaii – The $1.3 billion dollar Thirty Meter Telescope is moving forward. The TMT International Observatory Board of Directors recently approved the initial phase of construction, with activities near the summit of Mauna Kea scheduled to start later this year. At that time, TMT says about 300 union workers will get to work putting the massive observatory together, above the clouds on Hawaii Island’s iconic mountain.

The decision to start the build was contingent on the recent decision by the state’s Board of Land and Natural Resources to approve a sublease agreement between TMT and the University of Hawaii-Hilo, which manages the mountain’s astronomy precinct through the Mauna Kea Management Board. At a July 25 board meeting, the BLNR denied a request to grant a contested case to a group of petitioners on the matter of the sublease. The Office of Hawaiian Affairs also decided not to pursue a role as a plaintiff in a contested case as well. The sublease decision was the final approval needed from the State of Hawaii for the TMT project. 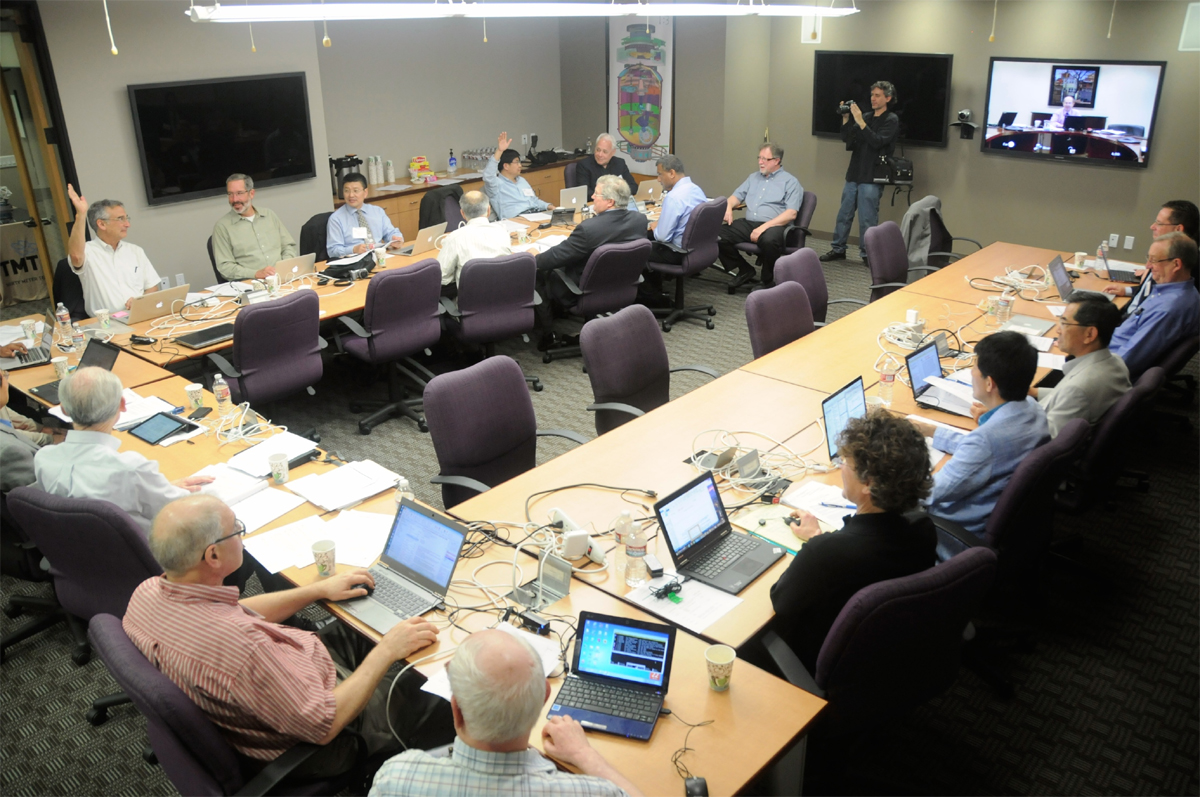 The TIO Board of Governors voting to begin the construction phase. CREDIT: Thirty Meter Telescope

“It has been an amazing journey for TMT, from idea to shovel-ready project,” said Henry Yang, TIO Board Chair and Chancellor of the University of California Santa Barbara in a media release. “We are grateful to the Gordon and Betty Moore Foundation, the Hawaiian government, its citizens, and our project partners in bringing this important astronomical science effort to fruition. It is also my rewarding experience to work with so many community friends, University of Hawaii colleagues, and officials on both the Big Island and Oahu in this journey.”

“The start of construction means that TMT is becoming real, and that’s exciting news for astronomers,” said Catherine Pilachowski, an astronomer at Indiana University in Bloomington, Ind., and an observer representing the United States astronomical community at TMT board meetings. “The science TMT will do is breathtaking, and will engage all astronomers in the adventure of new frontiers.”

In the TMT media release, credit was given to the Gordon and Betty Moore Foundation, which spent $141 million to date to fund the design, development, and construction phases of TMT.

The first phase of construction will also mark the beginning of an annual contribution to The Hawaii Island New Knowledge (THINK) Fund, a program that promotes science, technology, engineering, and math education across grades K-12, secondary, and post-secondary education. TMT expects to give $1 million per year to the THINK Fund over the life of the lease on Mauna Kea. 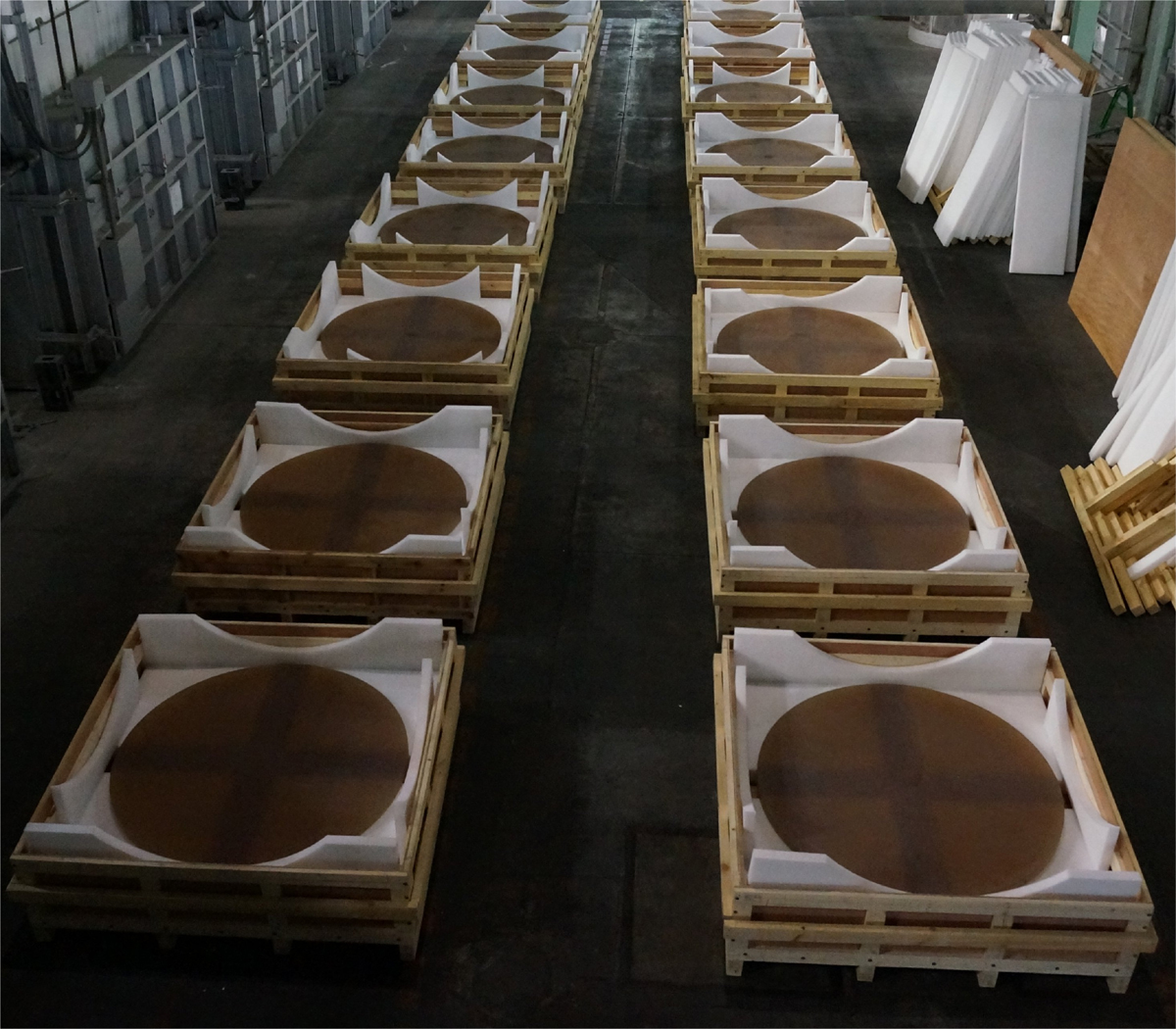 From the media release provided by TMT:

The Rise of a New Observatory – Activities Around the World

The TMT project was initiated a decade ago by the Association of Canadian Universities for Research in Astronomy (ACURA), the California Institute of Technology (Caltech), and the University of California as the TMT Observatory Corporation. Now, as the TMT International Observatory (TIO)—founded as a nonprofit limited liability company on May 6, 2014 —the project has the official green light to begin constructing a powerful next-generation telescope.

The TIO founding members are Caltech, the National Astronomical Observatories of the Chinese Academy of Sciences, the National Institutes of Natural Sciences in Japan, and the University of California. India, an associate, is expected to become a full member later this year. Canada is also an associate and aiming to join as a full member in 2015.

Initial construction activities in Hawaii will include grading the site in preparation for future building work, enabling a site dedication ceremony in October. TMT is committed to work within a plan for responsible development on Mauna Kea created by the Office of Mauna Kea Management.

“TMT has worked for many years to design an unprecedented telescope, but also to work with the community to incorporate respect for Mauna Kea in our stewardship,” said Gary Sanders, Project Manager for TMT. “It is an honor and a privilege to now begin building our next-generation observatory in so special a place.”

Other work has already been proceeding off-site and will continue now apace.

“Design of the fully articulated main science steering mirror system in the telescope, as well as development of the lasers, laser guide star systems and other high-tech components, is proceeding in China,” said Yan Jun, Director General of the National Astronomical Observatories of China.

“Japan has seen to the production of over 60 mirror blanks made out of special zero-expansion glass that does not alter its shape with temperature changes. The blanks will be highly polished for use in the telescope’s 30-meter diameter primary mirror. The final design of the telescope structure itself is nearing completion,” said Masanori Iye, TMT International Observatory Board Vice Chair and TMT Japan Representative for the National Astronomical Observatory of Japan.

In Canada, the TMT adaptive optics facility is in final design. Ernie Seaquist, Executive Director of the ACURA, added, “The TMT enclosure design is complete and the enclosure is now ready for construction by a Canadian industrial firm.”

Three “first-light” instruments are also under development with major contributions from all of the TMT partners.Thirty Meter Telescope media release – July 28, 2014

Meanwhile, those who have opposed the TMT say the fight to block the massive project is not over. “We have a long way to go,” wrote the KAHEA, the Hawaiian-Environmental Alliance, on its Facebook page, “but the Land Board is not the last word on whether we will protect Mauna Kea.” Petitioners who contested a prior decision by the BLNR to grant TMT a Conservation District Use Permit are appealing a recent court ruling that declined to reverse the state’s decision.