A new lava flow that began at Pu'u O'o crater on June 27th has advanced more rapidly over the past four days.

(Above) USGS Hawaiian Volcano Observatory photos show the advancing lava flow front on the middle East Rift Zone. The front of the flow – which started on a June 27 breakout – is 2.6 miles from the Pu’u O’o vent.

HAWAII VOLCANOES NATIONAL PARK, Hawaii – A new lava flow that began at Pu’u O’o crater on June 27th has advanced more rapidly over the past four days. Scientists say the flow is already 2.6 miles from the vent were it broke out. It is moving northeast, and poses “no immediate threat to residential areas”, according to the USGS Hawaiian Volcano Observatory.

The June 27th breakout that spawned the current lava flow actually killed off a previous flow that was also headed northeast, but at a very slow pace. The Kahaualeʻa 2 flow was getting a little too close to Puna’s subdivisions for comfort, before the June 27th breakout cut the lava supply and beheaded the creeping flow front. Now the new flow is picking up speed. 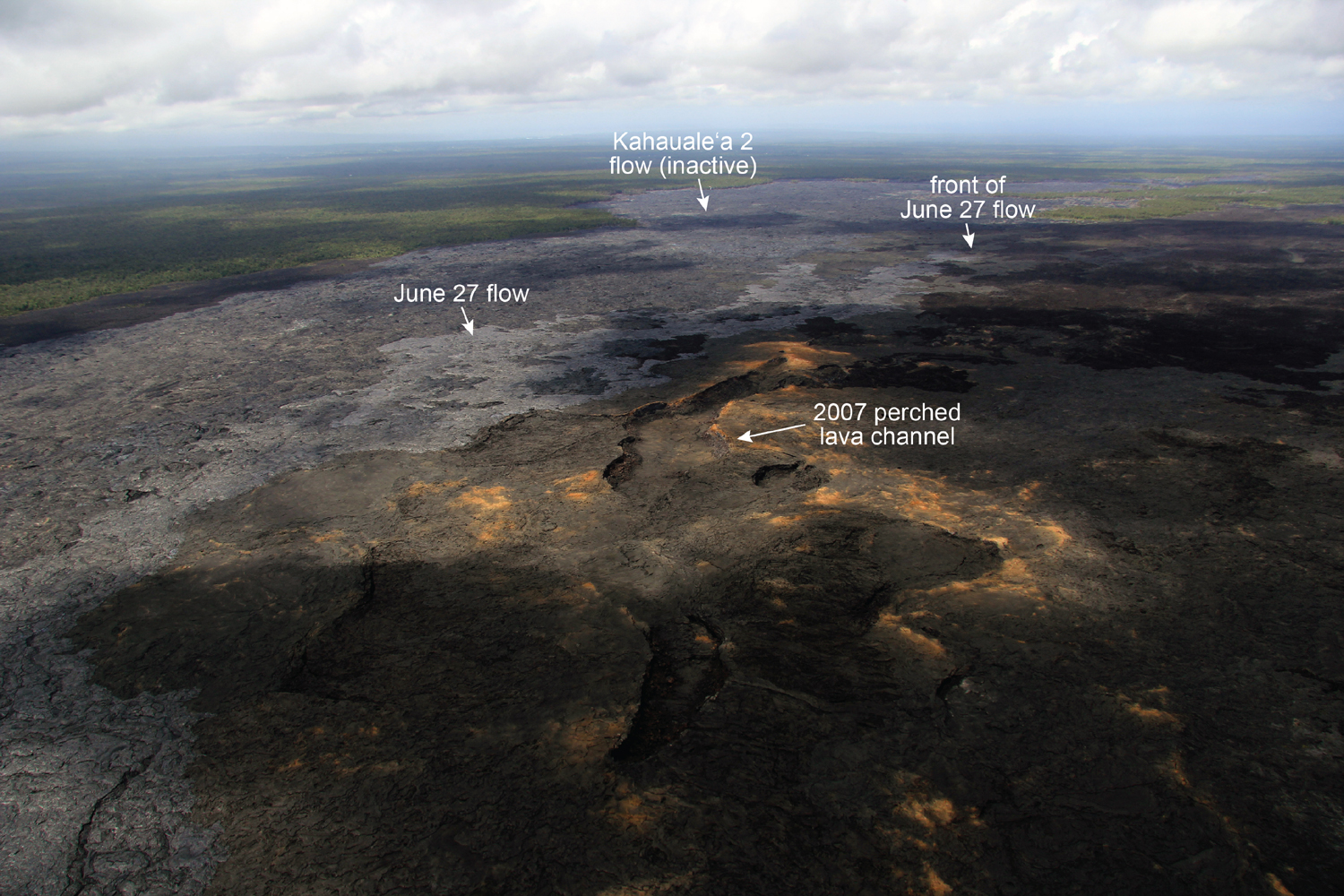 Another view of the front of the June 27 flow, looking northeast. The flow front has narrowed as it has been confined against the slopes of the 2007 perched lava channel, and this is associated with a higher advance rate of the flow front over the past four days. CREDIT: USGS HVO

“This recent increased advance rate is due to the confinement of the flow against the slopes of an older perched lava channel, from 2007,” wrote USGS geologists. “The advance rate will likely drop in the coming days as the flow passes the confines of the perched channel and spreads out on flatter topography.” 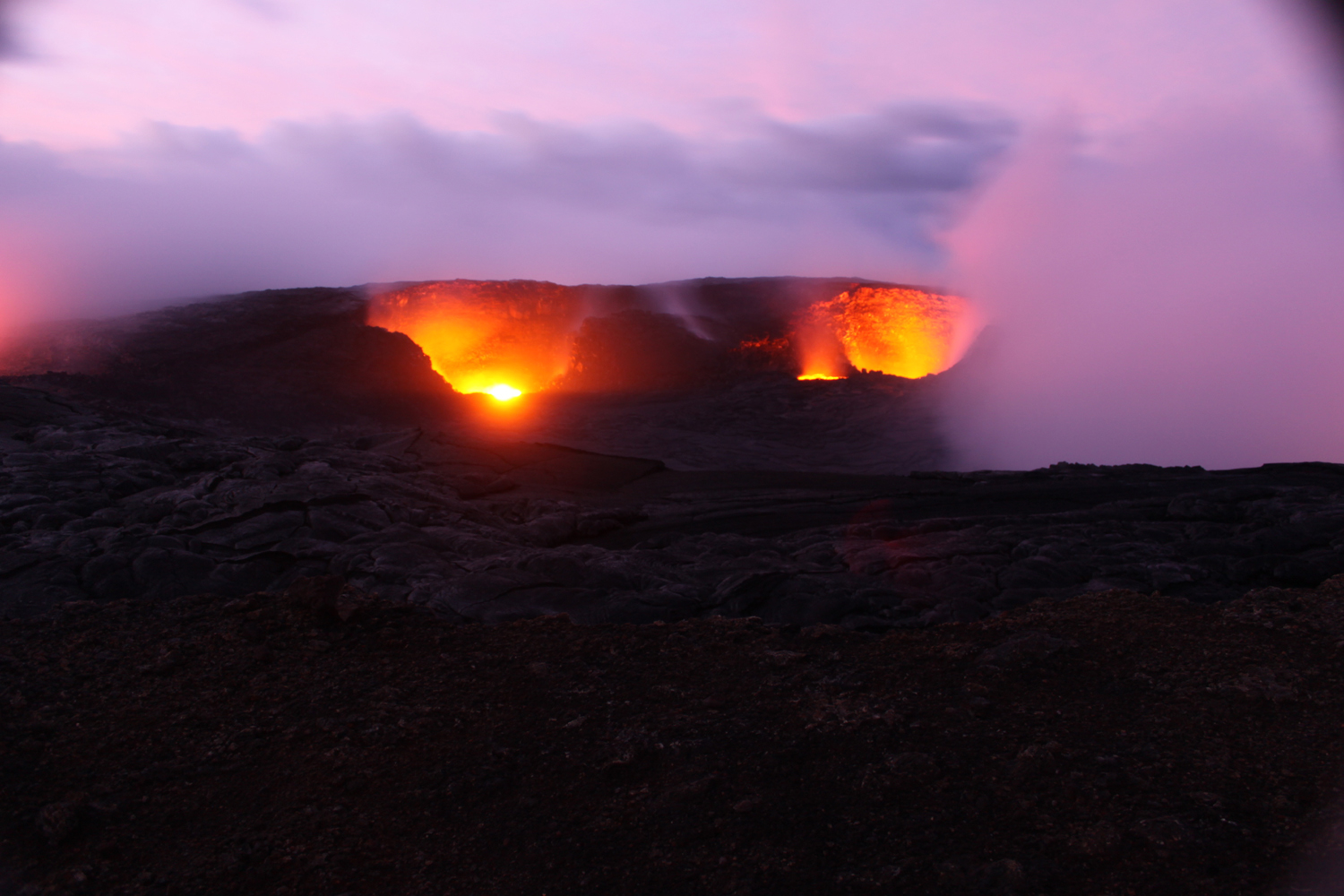 A time-lapse camera on the rim of Puʻu ʻŌʻō crater captured this image at dawn. The view is towards the southeast, and shows two glowing pits in the southern portion of the crater floor. CREDIT: USGS HVO

An updated map shows how far the new flow front has advanced since it first emerged. 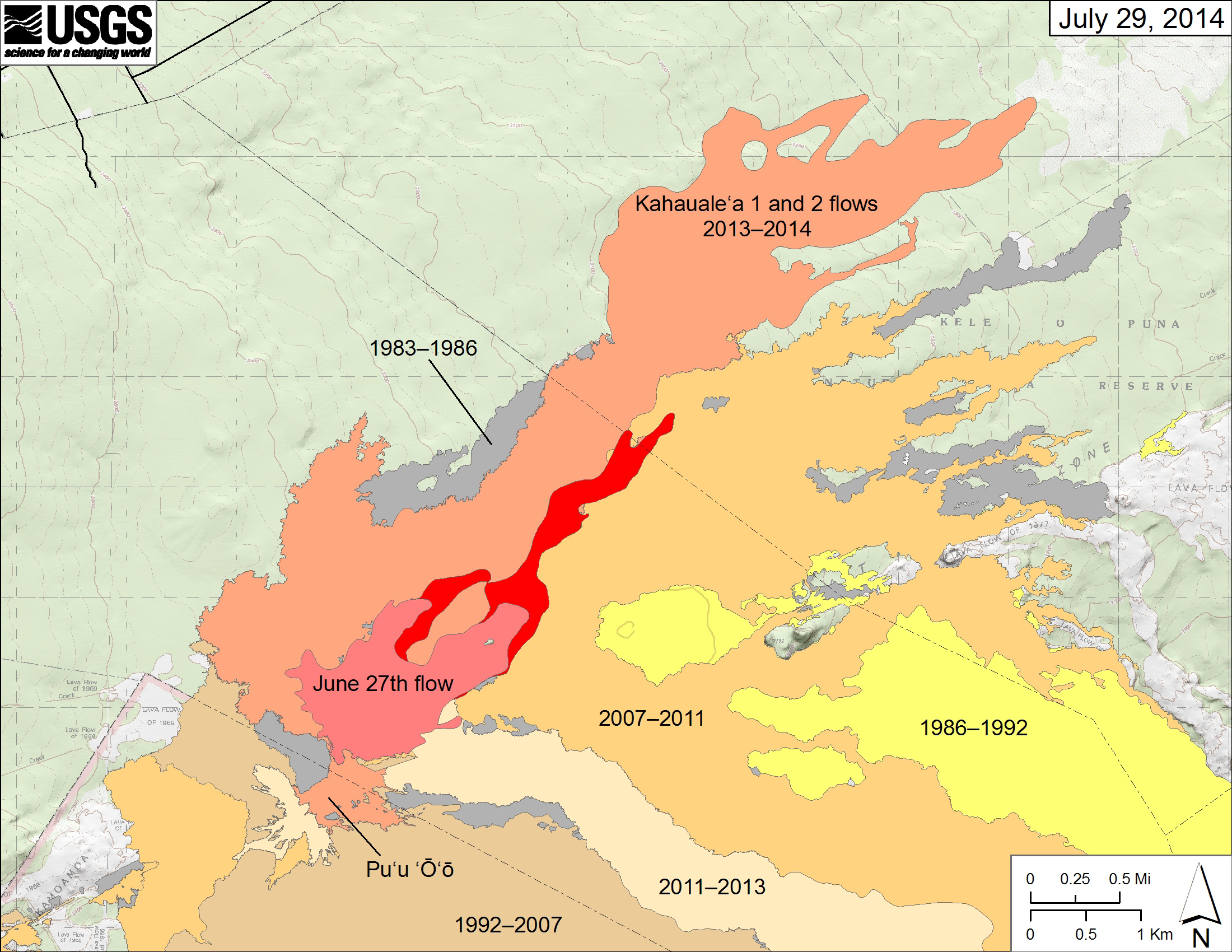