(ABOVE) Miss Billfish Nicolette Noelani Palacol congratulates Angler Ji Xinhua for boating this 664.8-pound Pacific blue marlin during Thursday’s tournament action. It was the largest fish of the 55th annual event, and it helped propel the Chinese team to first place.

KAILUA-KONA, Hawaii – The China Sea Wolf Club took first place and the 2014 HIBT Governor’s Trophy on the final day of fishing in the 55th Hawaiian International Billfish Tournament. This recap was submitted by tournament representatives:

KONA, HAWAII (August 1, 2014) — “Stop fishing, stop fishing, stop fishing,” rang out from tournament control at exactly 4:30 pm for the fifth and final time this week, and that broadcast closed the 55th running of the Hawaiian International Billfish Tournament. It’s been an eventful week of fishing and the final day of this venerable five-day tournament kept anglers, captains and crews trolling for valuable points right up to the last stroke of the clock.

Team Friends of Kenya moved up the leaderboard from third place to hook a solid second place finish by putting up much needed points with team captain and angler Mark Allen tagging an estimated 250-pound Pacific blue marlin.

“HIBT extends heartfelt thanks to the entire Big Island community for such gracious hospitality and aloha bestowed on our guests. HIBT teams come to fish Kona’s famous waters from near and far. This year’s tournament brought together teams from around the world who will return to their hometowns with fishing tales that will long be remembered,” said HIBT founder Peter Fithian. “We had some spectacular catches, great sportsmanship and a hefty increase in ahi.”

Northern Lights Tops Charter Boat Standings
Captain Kevin Nakamaru of the Northern Lights, a homegrown Kona skipper, will be added to the coveted list of Hawaiian International Billfish Tournament Henry Chee Award recipients. The perpetual Henry Chee Award was established in 1965 to honor the charter boat captain upon whose vessel the most number of billfish points have been scored at HIBT. The award’s namesake, a pioneer fishing captain who set an unprecedented number of gamefish catch records, helped establish the Kona coast as a world-famous fishing destination.

This is Nakamaru’s first win and he is a second generation HIBT winner. His mom, Judith Nakamaru set not one, but two HIBT World Records in 1975 and 1976 with her major ahi catches.

Next year’s 56th Annual Hawaiian International Billfish Tournament is scheduled from August 8 through August 15, with fishing days starting on Monday, August 10 through Friday, August 14, 2015. Anglers and teams are invited to apply for entry as a full tournament is anticipated. Learn more at www.hibtfishing.com. 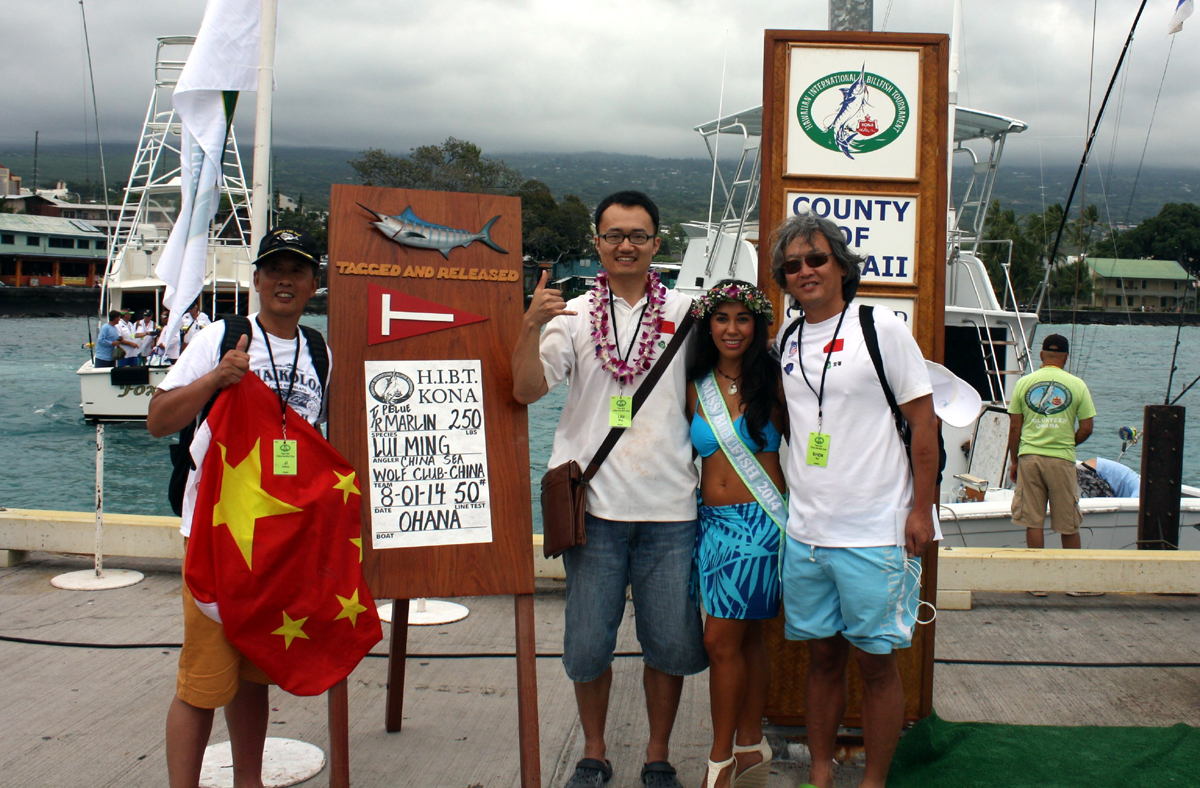