(ABOVE) Observer and Hawaii County party chair for the Democrats, David Tarnas, explains the situation at the Keonepoko Elementary School polling place Friday.

PUNA, Hawaii – A dramatic, post-hurricane special election held in Puna today is about to wrap up. The polls at Keonepoko Elementary School are set to close at 6 p.m.

Friday’s walk-in voting reportedly started on time but suffered a few early setbacks. The polling place was apparently so overwhelmed by the amount of voters that additional voting machines were needed to keep things moving along. Hawaii County Democratic party chair and election observer David Tarnas seemed optimistic about the process and said the voter turnout was looking good at the time of our noon interview. 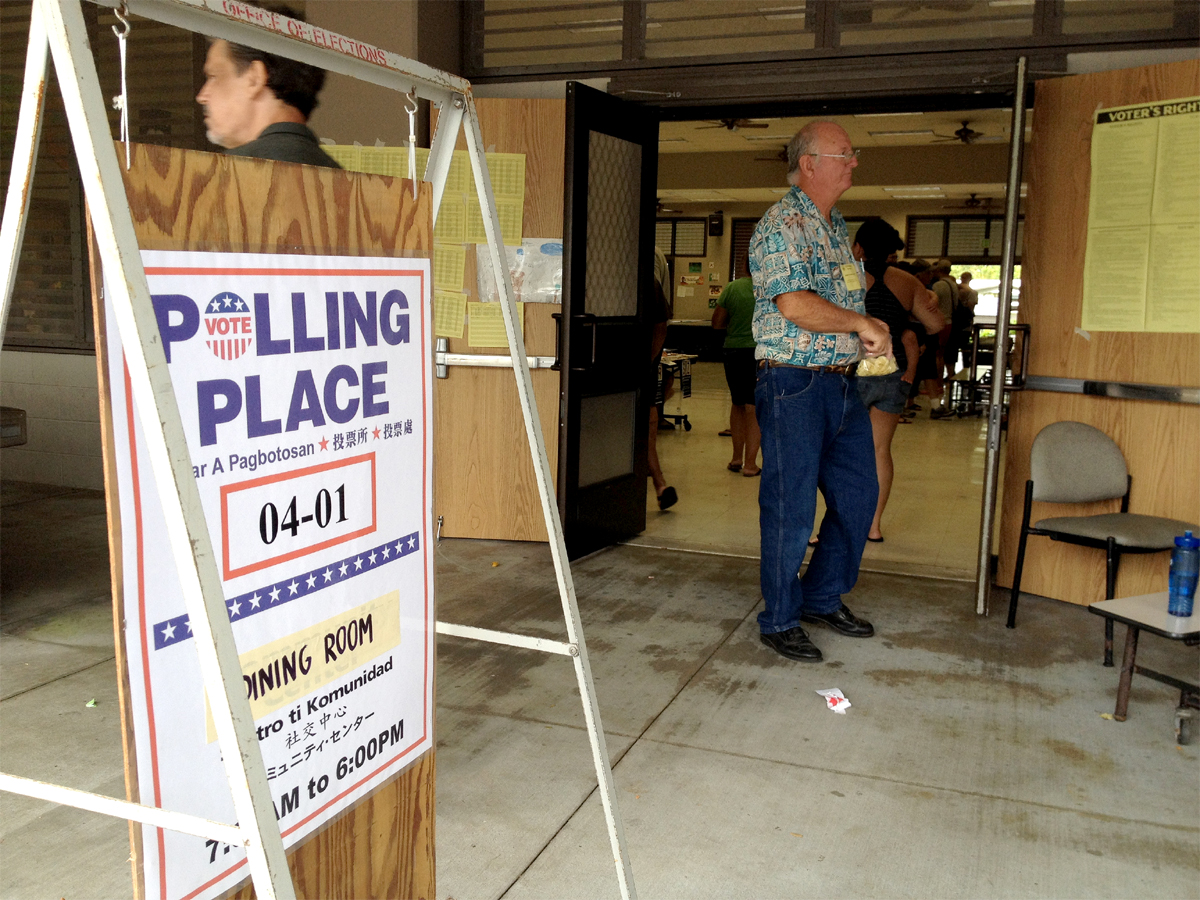 Keonepoko Elementary School was a busy place on Friday, s Puna finally had a chance to cast their votes.

A decision to forego paper ballots and use only electronic ballots drew concern from some voters. Many living in the storm stricken area are already upset about the constant change in election plans. Although the entire Puna district suffered when Iselle hit the day before the state-wide primary, voting was only postponed at two polling places. At first, voters assigned to Hawaiian Paradise Community Center (04-01) and Keoneopoko Elementary School (04-02) were told they would have 21 days to turn in their absentee ballots. Then on Monday, the State Office of Elections announced it would conduct walk-in voting on Friday, only at Keonepoko Elementary School. U.S. Senate candidate Rep. Colleen Hanabusa tried to delay Friday’s vote, but a judge denied her request.

(ABOVE) Puna resident Hope Cermelj shares her concerns with U.S. Senate candidate Colleen Hanabusa over the way Friday’s election is being conducted.

The Hawaii County Council primary and Puna’s State House primary will be decided by today’s vote. The special election is also expected to decide the too-close-to-call U.S. Senate primary between Brian Schatz and Colleen Hanabusa.