A meeting was held in Pahoa to educate residents on a new lava flow that could eventually pose a threat to homes in Puna.

(ABOVE VIDEO) Civil Defense head Darryl Oliveira updates residents on a new lava flow that could eventually pose a threat to homes in Puna during a community meeting. This is the first video in a series documenting the August 25 meeting in Pahoa.

PAHOA, Hawaii – Hawaii County Civil Defense and the USGS Hawaiian Volcano Observatory held a community meeting in Pahoa on Monday night to educate residents on a new lava flow that could eventually pose a threat to homes in Puna.

Hundreds packed the Pahoa Community Center to hear what officials had to say. The standing room only crowd spilled outside, craning their necks to see and hear the latest on the fast moving lobe of lava. Civil Defense administrator Darryl Oliveira did most of the talking. He thanked the community for their help during these trying times. Many in Puna are still traumatized following the destruction of Hurricane Iselle, which downed trees and power lines across the district. Now a possible new threat is heading towards populated areas.

All officials stressed that there is no imminent threat. However, the proximity and the current direction of flow dictates a raised awareness of the situation. Kaohe Homestead is the community nearest the lava flow. On Sunday, a smaller meeting was held to inform those particular residents about the activity.

UPDATED: We have just finished uploading a lenghty “Question and Answer” segment between residents and officials, including Mayor Billy Kenoi. It should be noted that we extracted the portions relating to Puna Geothermal Venture and the problems the facility faced when Iselle hit. We will be posting a separate video compilation on that topic from this meeting.

We will update this page throughout the day as new videos from the meeting are uploaded. 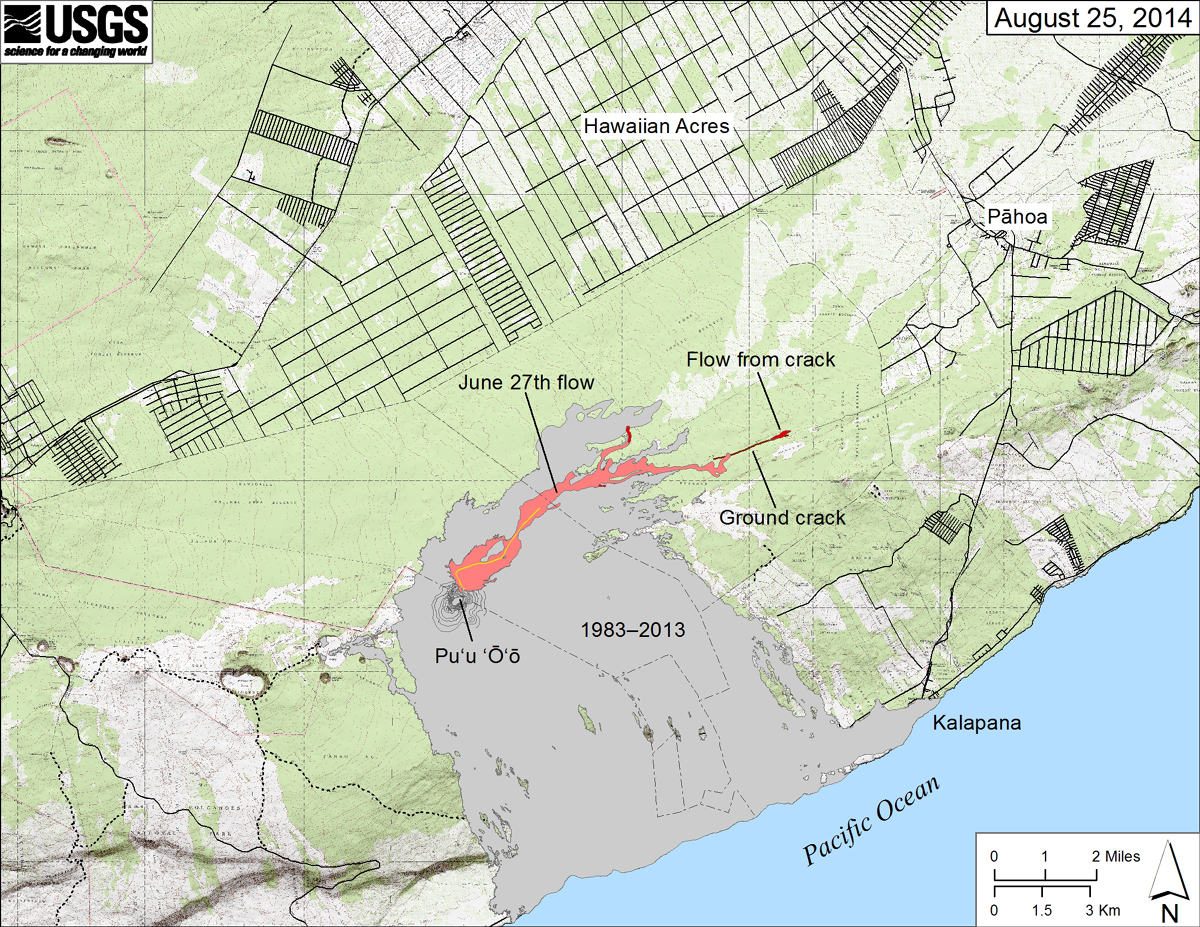 This map was produced by USGS HVO geologists and posted just before the start of the meeting. It shows the June 27th lava flow emerging from the eastern end of a deep crack on Kīlauea’s East Rift Zone, where it has plunged into last week. While the lava was in the crack, it remained hidden for several days. On Monday scientist observed that the lava had returned to the surface at a point slightly farther along the crack, creating a small island of lava surrounded by thick forest. HVO says the farthest tip of the flow – as of Monday – was 7.1 miles northeast of the vent on Puʻu ʻŌʻō, and 1.9 miles from the eastern boundary of the Wao Kele o Puna forest reserve. 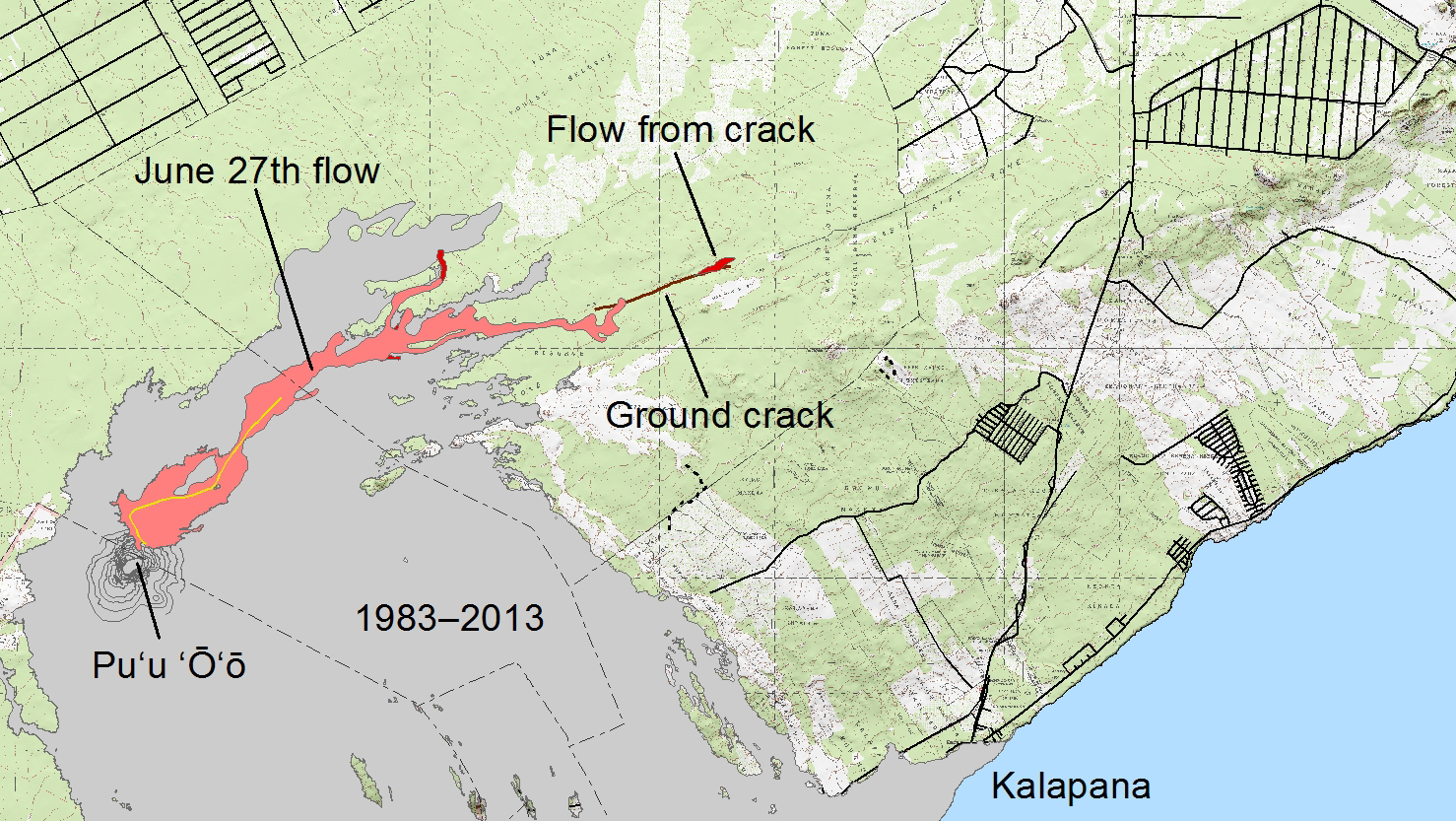 Close up of the USGS HVO map showing the location of the lava flow as of August 25th. View of the pad of lava with the equivalent view from a thermal camera. The two images, both produced by USGS HVO, are presented side by side on the HVO website. Big Island Video News superimposed the inset thermal image over the photo.