The community is celebrating the first major public funds release for the Waimea Middle School in over two decades. 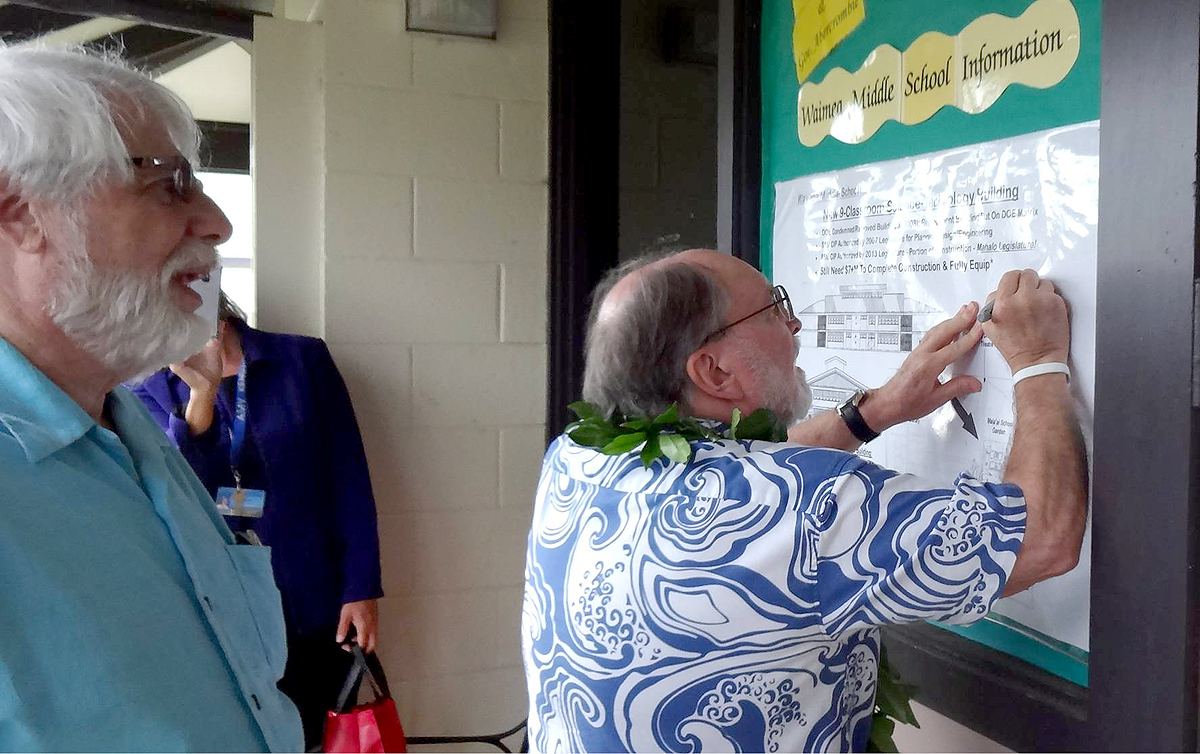 WAIMEA, Hawaii – The community is celebrating the first major public funds release for the Waimea Middle School in over two decades. On Tuesday, the school announced it has gotten the $9.89 million “Green Light” to move forward with its 21st Century STEM Classroom Building.

These Capitol Improvement Project (CIP) funds were secured during the 2014 Legislature by Sen. Malama Solomon and Rep. Cindy Evans. The $9.89 million completes a $15.89 million funding package that included $1 million in planning-design funds release in 2007, and $5 million secured by Sen. Solomon and Rep. Evans during the 2013 Legislature. Project funds cover the now nearly completed design, environmental assessment and project approval, plus construction, ground and site improvements, additional paved parking, classroom equipment and appurtenances and, as always with public construction projects, works of art.

“We are over the top excited and deeply grateful to Sen. Solomon and Rep. Evans, and to Gov. Abercrombie for keeping our students’ 21st century educational needs on their radar and moving forward. We also thank DOE facilities staff and their consultant team for supporting our student’s need for state-of-the-art science laboratories and technology teaching facilities,” said WMS Principal Matt Horne.

“Some might say it was Waimea’s turn; that our community, along with all the residents of South Kohala and North Kona , pays more than 60% of the General Excise Taxes and Transient Accommodation Taxes for the entire island, and little has been re-invested in Waimea’s public education facilities in nearly 25 years. But the reality is that securing public funds is extremely competitive and every community throughout the island and state has urgent needs for public construction funds. Also, Oahu has a majority of the votes in the House and Senate, so we know a great deal of thought and effort went into securing these funds by Sen. Solomon and Rep. Evans,” said the school’s community liaison Patti Cook.

Keeping the project moving forward, Hawai’i County Planning Director Duane Kanuha recently reviewed and issued Final Plan Approval for the project. This, coupled with the Governor’s release of funds, should allow the project to go out for bid this fall.

Waimea Middle School’s new STEM building will be located on the south side of campus next to the Mala’ai school garden. The project’s landscape design team has worked with the school’s garden program staff to integrate the new building with the garden’s science-related hands-on, placed based programming.