Earlier in the day, Hawaii County Mayor Billy Kenoi signed an emergency proclamation, declaring a state of emergency. Civil Defense reported today that the surface flow had advanced approximately 100 yards since Wednesday. “There continues to be some evidence of subsurface flow activity,” stated Civil Defense in a mid-day message, “with noted by steam plumes being emitted from the crack system. The surface flow is moving very slowly and does not pose an immediate threat to area residents. The surface flow is located approximately .8 miles southwest or upslope of the Wao Kele Puna Forest Reserve boundary and moving in an east/northeast direction.”

Once again, residents lined up to ask questions of officials, mostly to do with evacuation routes should Highway 130 get cut off sometime in the future.

Officials promised to hold more community meetings in the weeks ahead. 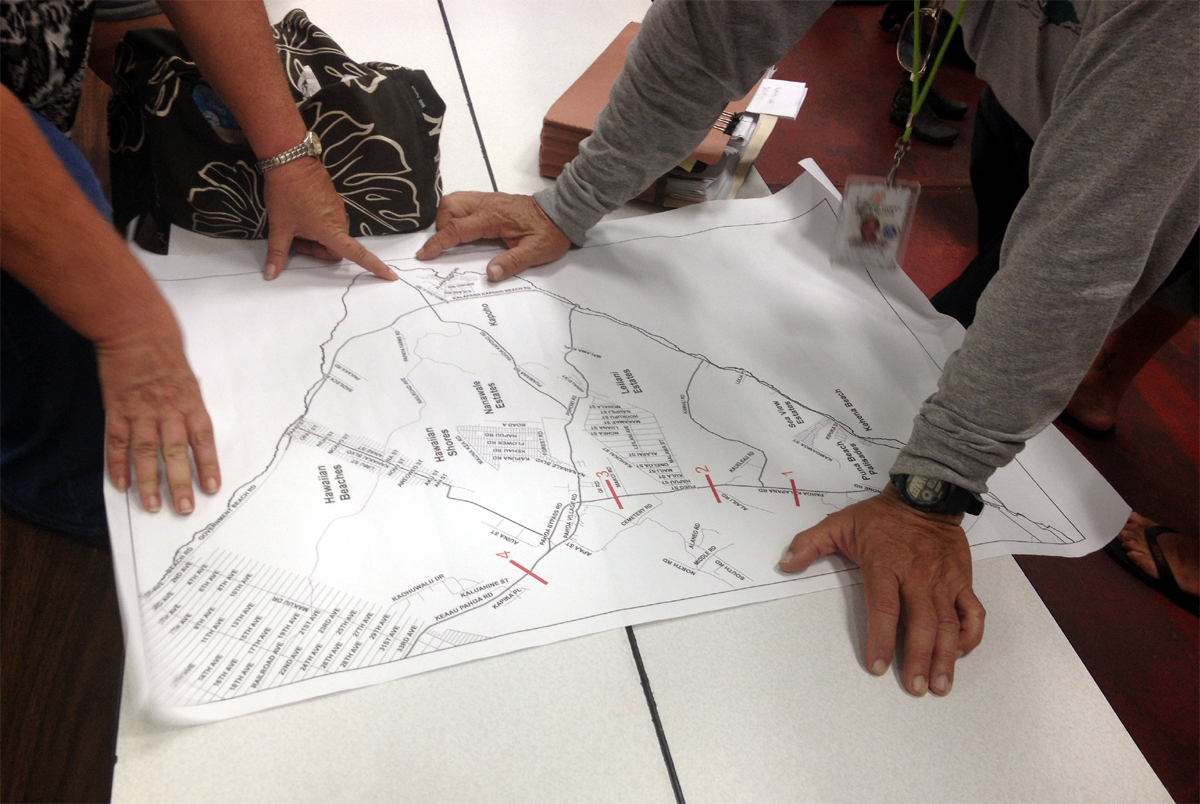 Once the meeting ended, residents joined officials in the study of maps, discussing possible evacuation routes for the future.