PCMC will be without insurance as of November 3

(ABOVE VIDEO) Dan Domizio, the Clinical Programs Director at Puna Community Medical Center, talks about the complication to their insurance situation brought about by the lava flow.

PAHOA, Hawaii – Puna Community Medical Center will be without insurance as of November 3, after being told its current provider will not renew their policy.

In a letter dated September 11, Honolulu-based Dongbu Insurance notified PCMC of their intention not to renew two policies, liability and workers’ comp. The company cited Hawaii Revised Statutes 431:10C-111.5 as their legal grounds to do so.

The reason for the liability non-renewal, as stated in the letter, is “due to property located in Lava zone 2”. Dongbu has provided the insurance for PCMC since the medical center’s beginning, nearly six years ago. Big Island Video News obtained a photo of the letter and we have included it below.

“We haven’t just moved to Lava zone 2, we’ve been in Lava zone 2 from the very beginning,” said PCMC’s Clinical Programs Director Dan Domizio in a video interview on Saturday. “Perhaps it just occurred to the Dongbu Insurance people that we were here. I dont really understand, exactly, what they just discovered.”

The assumption being made by Domizio – and some PCMC board members – is that the company sees new risk in the form of the June 27 lava flow currently moving towards Pahoa. The volcano alert was upgraded to a Warning level on September 4.

The non-renewal leaves PCMC in a pinch. “If we dont have it,” Domizio said of insurance, “we wont be able to operate.”

PCMC expects to see more patients as the lava nears town, especially due to the increased smoke from the burning forest nearby.

Some PCMC Board members tried to speak to the Hawaii State Insurance Commissioner about their problem during Saturday’s Lava Informational Fair in Pahoa. They say they were given a form with which to make an official complaint. 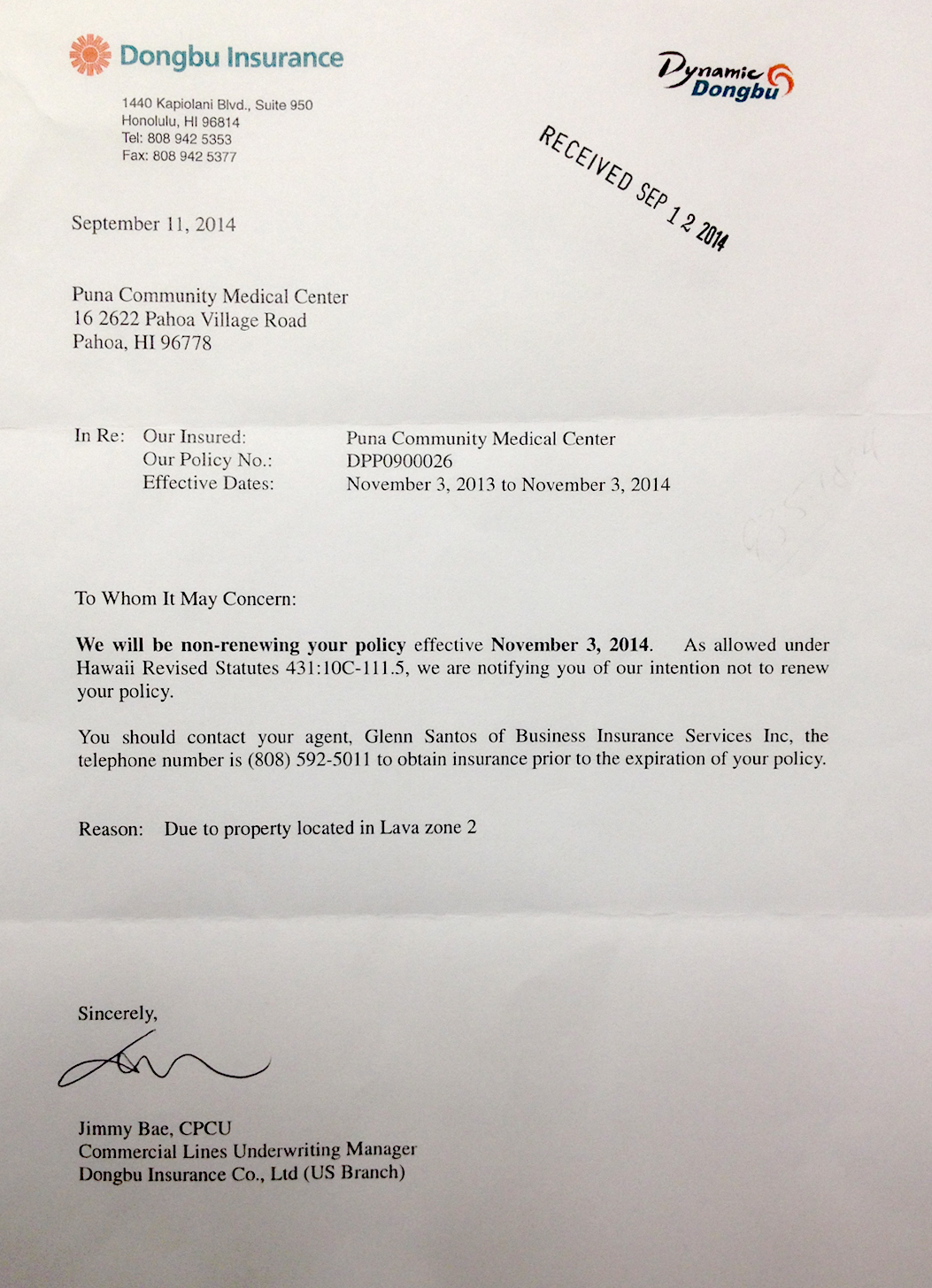