Lee – who was first named “Officer of the Month” in December 2013 for his successful investigation of an ice dealer – made him eligible for the annual honor.

In July 2013, Lee received tip that a man was distributing large quantities of “ice” in North Kohala. He conducted a month-long investigation with assistance from North Kohala Community Policing officers. The investigation led to the identity of a suspect and confirmed the reports of meth distribution.

Officer Lee drafted and obtained search warrants for a Kapaʻau home, where police recovered 4 1/2 ounces of crystal meth hours before it was to be distributed into the small community of North Kohala. The drugs had an estimated street value of $14,750. At the scene, police arrested two people. A 46-year-old man was arrested and later charged with first-degree meth trafficking and drug paraphernalia. A 28-year-old woman was arrested and later charged with promoting a dangerous drug and drug paraphernalia.

Detective Edwin Buyten recommended Lee for the award and commended him for his investigative skills. “Officers later learned the community was extremely pleased with the Hawaiʻi Police Department’s effort to disrupt the flow of narcotics within their community and protect their children from dangerous and harmful drugs,” Buyten wrote in nomination papers.Hawaii County Police media release 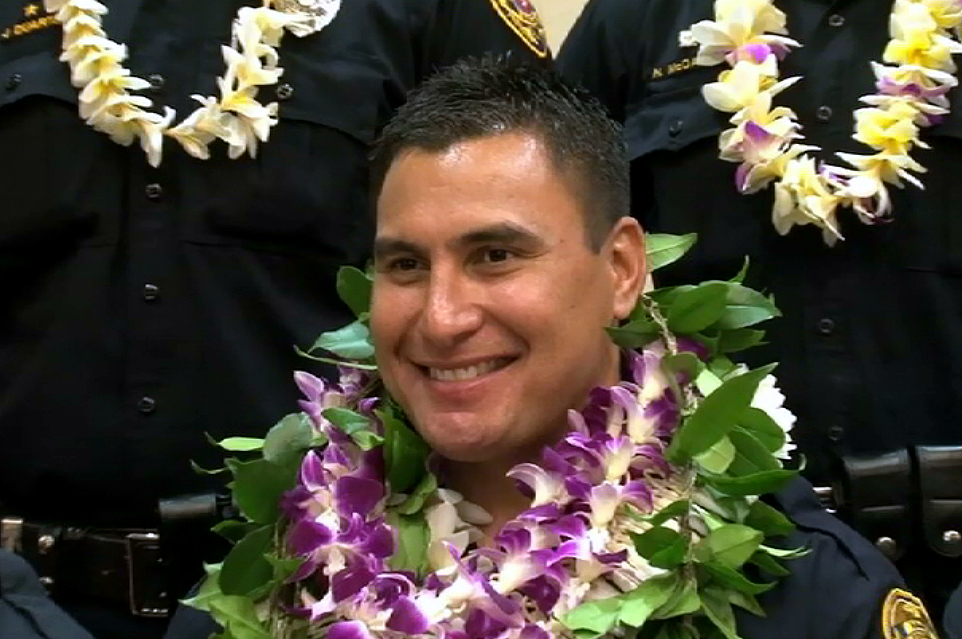 Officer Kalae Lee is Kona’s Officer of the Year.

“I’m humbled by the group of officers up here,” Lee said when accepting his award, according to the department.

The Kona Crime Prevention Committee is an organization that encourages community involvement in aiding and supporting police in West Hawaii.