Peril is part of the job for scientists of the USGS Hawaiian Volcano Observatory.

(ABOVE PHOTO) A HVO geologists points a radar gun at an open skylight above a lava tube while conducting a VLF, or “very-low frequency” survey. The perilous process is described in detail by the USGS below.

PUNA, Hawaii – Bravery and peril are part of the job for scientists of the USGS Hawaiian Volcano Observatory.

In order to learn as much as they can about the June 27 lava flow, geologists need as much data as they can gather. Overflights are not enough. As the most recent batch of USGS photographs posted to the HVO website show, sometimes the scientists need to literally get on top of the lava. The above photo shows HVO geologists conducting a VLF (very-low frequency) survey to measure the rate of lava flowing through the lava tube on the June 27th lava flow.

The process is described by USGS HVO on their website:

An HVO geologist conducts a very-low frequency (VLF) survey of the lava tube to measure the rate of lava flowing through the tube. The measurement consists of two steps. First, (photo below) a transect of VLF measurements across the roof of the tube is used to measure the cross-sectional area of lava flowing through the tube. Second, (top of page) a radar gun is used to measure the speed that lava is flowing at that location. An open skylight is required for this speed measurement. By multiplying the cross-sectional area with the velocity, the volume rate of lava flowing through the tube can be estimated. Today’s measurement showed a flow rate of 5.8 cubic meters per second (roughly 1500 gallons per second). Tracking the lava supply rate like this can be helpful for anticipating fluctuations in activity at the flow front.USGS Hawaiian Volcano Observatory 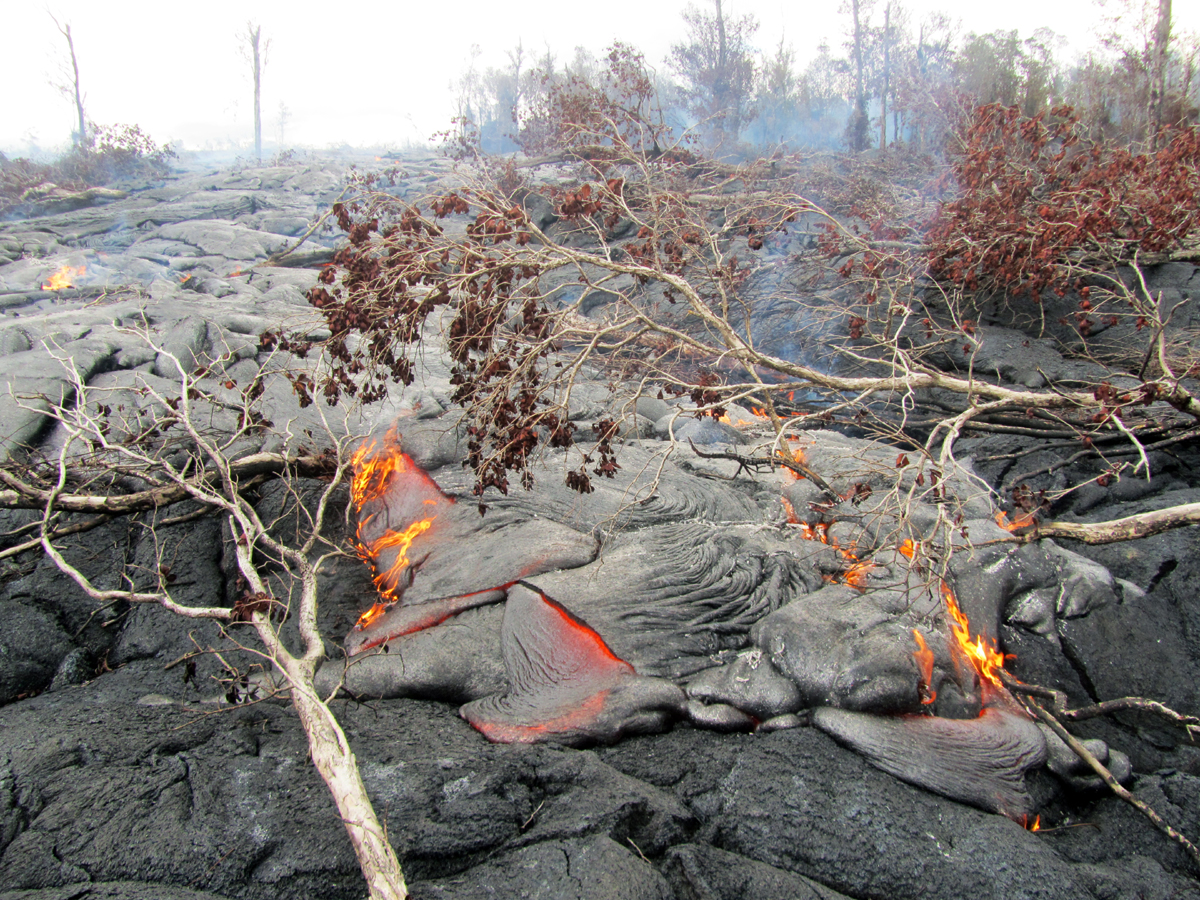 Compared to the lava tube measurements, this relatively looks safe. But don’t be deceived… Active lava flows within forested areas can produce methane blasts capable of propelling rocks and other debris into the air, USGS HVO warns.