A county assembled team took to the air to record images of the advancing threat to Puna's populated areas.

(ABOVE VIDEO) A look up the East Rift Zone of Kilauea volcano aboard Paradise Helicopters. The County of Hawaii chartered the flight and asked Hawaii247.com’s Baron Sekiya to shoot some video of the June 27 lava flow. Pilot Calvin Dorn provides some insight as they record.

PUNA, Hawaii – As the June 27 lava flow moves into the northeast section of Kaohe Homesteads, a Hawaii County assembled team took to the air to record images of the advancing threat to Puna’s populated areas.

Aboard Paradise Helicopters with pilot and CEO Calvin Dorn as their guide, county officials asked Baron Sekiya of Hawaii 24/7 to shoot and share what he saw with local media.

Big Island Video News edited together two videos with the material Sekiya provided. The first video is an overhead study of the lava flow, from the flow front all the way to its southwestern origins at Pu’u O’o crater. During the overflight, Dorn’s voice can be heard over the headset, providing context and insight into what is seen below. (see video above) 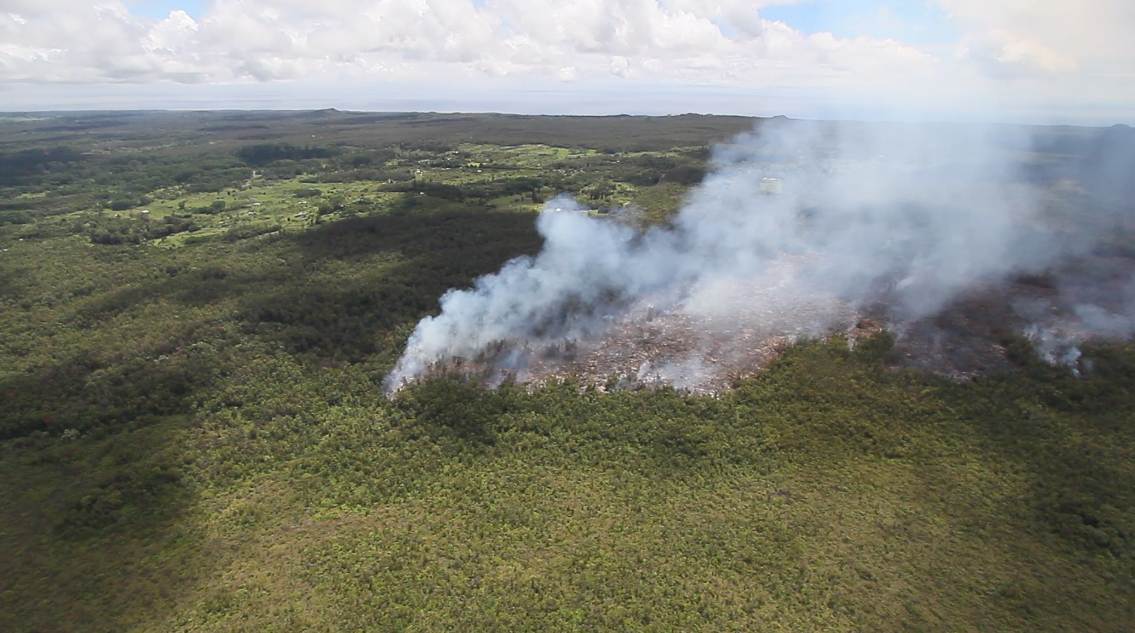 A second video, surveying the new access roads under construction in anticipation of the loss of Highway 130, will be uploaded shortly.